The Many Challenges Of Storytelling In Virtual Reality 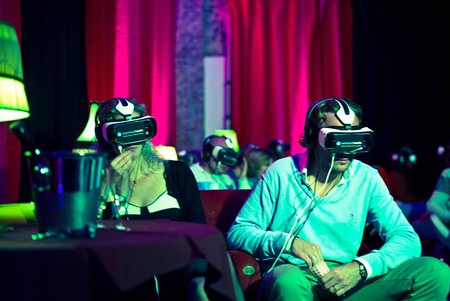 Virtual reality can put you on the edge of a cliff, in the middle of a jungle, or deep into space, but telling a story through the medium can be much more difficult than you might think.

The difference between virtual reality and other storytelling mediums is interactivity. In all forms of virtual reality, the user’s experience is interactive. That can be as simple as moving their head to decide where they want to look, and as complicated as manipulating virtual environments with haptic gloves.

This makes it hard to include a narrative. If the user can do what they want, they may not follow a story in the same way as people do when they sit down to watch a film. As the technology is still in its early stages, there are no clear rules on how to make a story work in VR.

“We’ve come so far in the last year, but the tech is still changing every day,” Kim Adams, head of production at Oculus Story Studio said at CES in Las Vegas. “There are no tried and tested systems and its very much in flux. At Story Studio our first project was called ‘Lost,’ and our goal was just to prove narrative works in the medium. We’re trying with each project to define something new.” 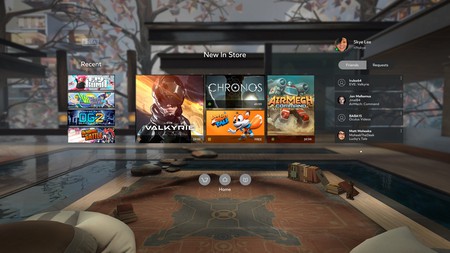 So far, the real successes of VR have been straight forward experiences, rather than complex story telling. “Things that are performing for us are things where the experience for the user is very direct,” Noah Heller, VP of Partnership and VR at streaming service Hulu, said at CES. He added that a helicopter ride in Vegas and being stalked by a jaguar in the jungle are two of the highest performing pieces of VR content on Hulu.

That might be disheartening for a director or filmmaker looking to move into VR, but Adams says there needs to be a change of attitude from current filmmakers if they are really going to take advantage of the medium. “As soon as traditional filmmakers can put what they know aside, they can get out of their own way.”

Storytelling in VR may be one area where the worlds of Hollywood and video games collide, hopefully in a much more pleasing way than the recent movies made from video games. But despite VR games grabbing more attention, those in the industry believe neither game developers or filmmakers have an early advantage. “This is a medium that is drawing interest from both sides of the fence,” Peter Akemann, CEO of Skydance Interactive said. “Neither side of the equation can come in and school the other side.”

One of the drawbacks of virtual reality for major studios is there is a lack of audience, and it can be hard to make money. As headsets become cheaper and more popular, that is expected to change, but for now the audience is limited. “At this moment VR is not going to be a bread winner for a studio,” said Jake Zim, Senior Vice President Virtual Reality at Sony Pictures Entertainment. He adds that studios should be asking what other value a VR project would bring, and what can be learned for future projects. 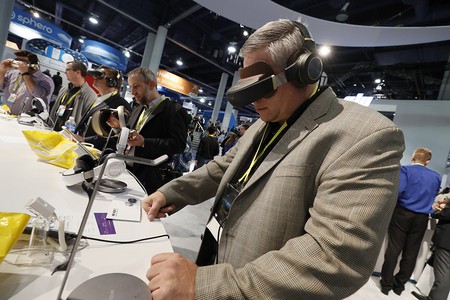 Zim says that the major benefit of VR is that it can make the viewer feel something. In a standup comedy show, for example, a user is able to sit in the front row and squirm as the comedian makes them feel uncomfortable. If that capability of provoking emotion could be effectively translated to storytelling, the results would be extremely powerful.

Virtual reality storytelling requires a completely different form of scriptwriting, and a lot of expertise can be drawn from theater rather than traditional filmmaking. Oculus Story Studio is using a lot of theater professionals to help tell stories in VR, according to Adams.

It seems VR is yet to make the big breakthrough it needs in storytelling, but as the technology is constantly improving, it’s surely only a matter of time before someone figures it out. “We’re in the early days,” Heller says. “We haven’t made our version of the Great Train Robbery yet.”