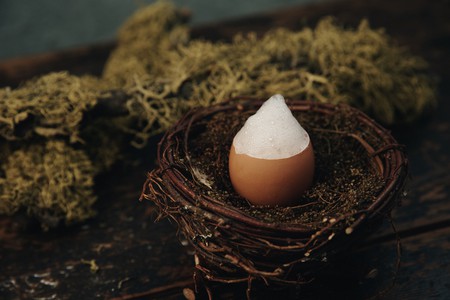 If you didn’t post a photo, did the night really happen? It’s no longer enough for a cocktail to be delicious; it needs to be photogenic as well. These nine bars have some seriously showy drinks. But don’t just post a photo—savor the cocktail, too, because they’re all crafted by top bartenders.

Canon has one of the world’s largest whiskey selections, and we’ve been a fan of its glassware for quite some time. As that show about the Pacific Northwest’s other major city says, just put a bird on it.
928 12th Ave., Seattle

Playing around with ideas for the spring menu. What do you think? Should we put a bird on it?

Tiki drinks have always been known for their great glassware and garnishes. Lost Lake, though, takes tiki to a new level with its whimsical mugs, garnishes, and straws curling every which way. 3154 W. Diversey Ave., Chicago

The tiki-leaning cocktails at Mother of Pearl, a vegan Polynesian spot, have basically taken over Instagram. Witness the “Shark Eye,” looking for all the world like it’s just devoured a mermaid.
95 Avenue A, New York

Where are all the weekend warriors at? Tag someone you want to share this with! Warm in the Winter: Guava, Pineapple, Orgeat, Black Pepper, Lime, Gin, Aquavit. photo cred: @_daphnecheng #warminthewinter #tiki #cocktails #mixology #tikivibes A post shared by Mother Of Pearl (@motherofpearlny) on Apr 16, 2016 at 11:08am PDT

The Tokyo-inspired drinks at ROKC, a ramen joint and cocktail bar in Harlem, might be served in a faux bird’s egg or an actual conch shell. 3452 Broadway, New York

We’re counting down the days until the weather warms and The Roof at Park South reopens for the season. It’s our regular summer hang for its delicious drinks (we’re partial to the Miami Vice—frozen pina colada swirled with frozen mai tai) as well as the hilarious glassware (we’ve been served a drink in a C3PO mug before) and A++ garnish game.
125 E. 27th St., New York

Slowly Shirley is one of our regular hangs for its delicious drinks. It doesn’t hurt that they’re gorgeous as well. Check out this skull-for-two, the cocktail within turned black by activated charcoal. Downstairs, 121 W. 10th St., New York

Sometimes the best way to enjoy a cocktail is to share it. The Perla Negra is a punch for two featuring Santa Teresa 1796, Batavia Arrack, house made Sorrel, Ginger, Honey, OJ, Kalamansi, and Activated Charcoal. #santateresarum #bataviaarrack #cocktails A post shared by Slowly Shirley (@slowlyshirleyny) on Dec 16, 2016 at 2:49pm PST

In Brno, Super Panda Circus is shaking up the cocktail game with their fanciful glassware. Yes, that really is the bar’s namesake animal hugging a baby’s bottle of booze and a Barbie doll riding a unicorn.
Šilingrovo nám. 3, 602 00 Brno-střed, Czechia

More a cocktail pub, The Barking Dog takes a whimsical approach to a pretty serious drinks program. We can’t get enough of the Mexican 8-Ball. Sankt Hans Gade 19, 2200 København

Three Dots and a Dash, Chicago

This tiki bar’s got such good glassware game that it’s developed its own line of Three Dots and a Dash tiki mugs… just in case you’d like to try your hand at Instagrammable cocktails at home. 435 N Clark St, Chicago

Crushed ice and Jamaican rum have been known to cure Monday blues. 🌺   A post shared by Three Dots and a Dash (@threedotsandadash) on Apr 11, 2016 at 5:06pm PDT