The Best Kickstarter Projects in May 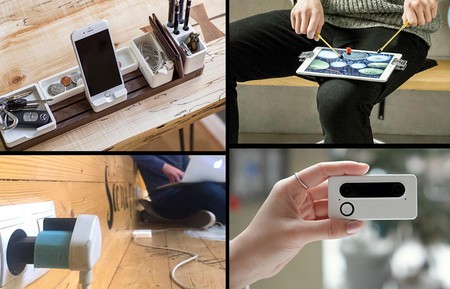 Kickstarter projects range from the wonderful to the weird, from the bizarre to the beautiful. Here are some of our favorites from the past month.

If you’ve always wanted to go diving but don’t want to get your feet wet, you may want to try out an underwater drone. And if you’re going underwater, why not pick one that moves like a fish? BIKI is a bionic underwater robot which features automated balance, obstacle avoidance, and return to its base.

The robot fish supports a 4K camera, meaning you can explore the water in the crispest detail. The camera lasts for 90-120 minutes and can operate at depths of up to 196 feet.

The Kickstarter page explains exactly how cool the technology is: “Like a dolphin, BIKI uses a bionic sonar echo-location process to locate objects in the environment. In this way, BIKI can be wireless. At the same time, you will be getting BIKI at the most affordable price.”

Learning the drums can be difficult, even before you get your hands on as much as a drumstick. Drums are expensive and bulky, which puts them out of the reach of most people. The APCD Drum Kit addresses that exact problem, turning your smartphone or tablet into a drum kit.

The drum kit works through specially designed drumsticks and a remote touch simulator which is attached to the bass drum to use the pedal. 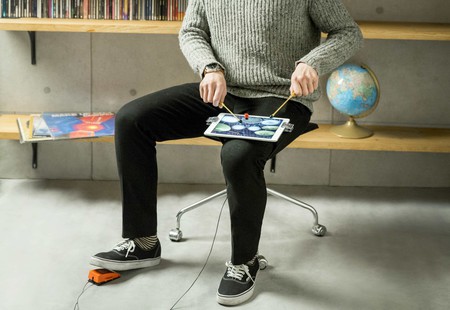 The ACPD Drum Kit in use with a tablet | Courtesy ACPD

If you’ve never forgotten to take a travel adapter on vacation, you’re a more organized person than me. They’re not the most exciting objects you’ll pack for a holiday, but they are one of the most important if you intend to use any of your electrical devices while abroad. But the best ones are all pretty bulky. Enter the Micro, a universal travel adapter with a cool, minimal design, that doesn’t take up a large part of your suitcase.

The device is compatible in over 150 countries and is surge safe. The Micro Kickstarter campaign hasn’t done too badly: more than $236,000 raised so far, destroying the target of just under $20,000. Even better, the adapter is expected to be available next month. 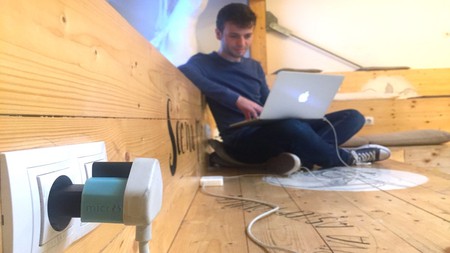 If you’re into taking selfies, you’re probably constantly looking for a way to make them stand out. One way is to make them 3D, and the technology to do so is now more compact and easy to use than ever. 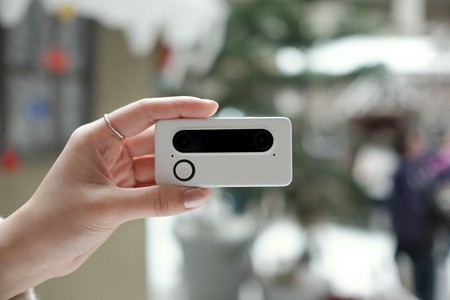 Cluttered desk spaces can cut your productivity in half. That’s why anything that promises to do away with the mess, and find a home for appliances constantly wandering around, is always going to grab the attention.

“Gather adapts to your workspace and workflow to make sure the tools you need are always within reach,” the Kickstarter reads. The device has certainly proved attractive to Kickstarter backers, who have poured $234,000 into the campaign, which set out to raise just $18,000. 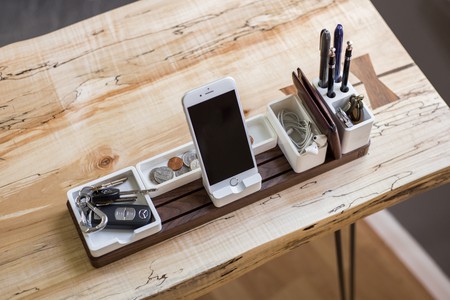 Gather at the table | Courtesy Gather
Give us feedback