Few stars have ever shone so bright as Katharine Hepburn. Here are five of her best films.

In a career spanning over seven magnificent decades, Katharine Hepburn claimed her place in history as one of the greatest actresses to ever grace the stage and silver screen. She is still the only actor living or dead to take home four Academy Awards (out of twelve nominations), though she was never the sweet darling the film industry expected. Instead, she was a fiercely independent trailblazer whose work paved the way for women in Hollywood to pursue new freedoms and more intelligent roles. 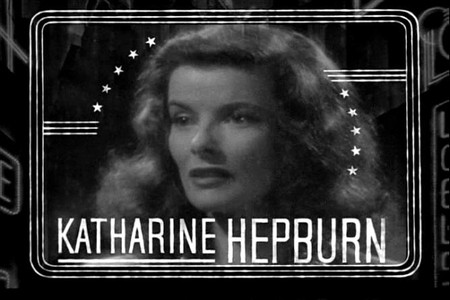 When The African Queen came out, filmmakers were shifting away from Hollywood’s opulent mansion sets to explore exciting new shooting locations in other parts of the world, like Uganda in this case. This is the only film that pairs Katharine Hepburn with Humphrey Bogart, and it contains some of the best work from both of these legendary stars. Hepburn is brilliant as Kate, a British missionary living in German East Africa (an area that today comprises parts of Tanzania, Rwanda and Burundi). When the First World War breaks out and German colonists attack Kate’s village and family, she quickly realizes that an ungodly skipper delivering supplies (Bogart) is her only hope. What follows is a classic tale of survival and love in Technicolor. Much like Casablanca, The African Queen delivers on a powerful triple threat: it’s an exhilarating adventure film, a thrilling wartime story, and an utterly satisfying romance. The movie landed Academy Award nominations for both Bogart and Hepburn, with Bogart winning Best Actor. 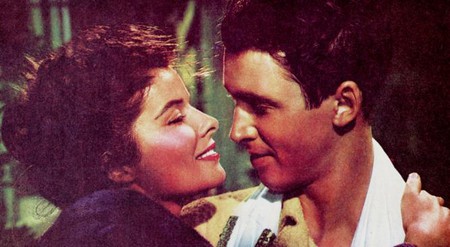 The Philadelphia Story is a testament to Katharine Hepburn’s stunning independent spirit, and her determination to work on her own terms in a patriarchal industry. She fell in love with the original Broadway stage script of the same name (by Philip Barry), promptly secured the rights to turn it into a film, and sold it to MGM – on the condition that she would star, and give approval for selecting her co-stars and director. The result was a perfect fit: Cary Grant and Jimmy Stewart as her two romantic interests, and her longtime collaborator George Cukor calling the shots. Hepburn is fantastic as Tracy Lord (or ‘Red’), a regal, headstrong Philadelphia socialite who leaves her wisecracking alcoholic husband (Grant) and is about to marry an upstanding ‘man of the people’ played by George Kittredge. Complications arise when a photographer (played by Stewart) comes to cover the wedding and sparks a surprising connection with Hepburn in the process. All the while, ex-husband Grant lurks about on the sidelines and stirs the story up even further. The movie was a huge success, and saw Hepburn win the Academy Award for Best Actress. 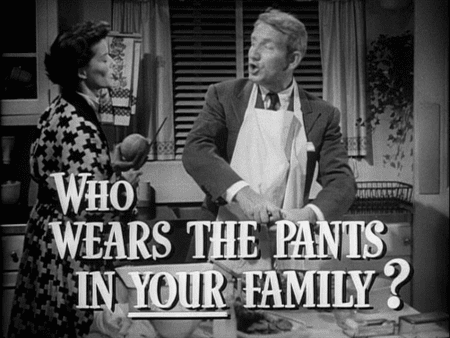 In this delightful battle-of-the-sexes comedy directed by George Cukor, Katharine Hepburn and Spencer Tracy play married lawyers who come to oppose each other in court on a murder trial, with Tracy acting as prosecutor and Hepburn as the defense. Hepburn and Tracy share equal billing and equal screen time in Adam’s Rib, and their chemistry working off of each other is simply off the charts. With its sharp dialogue and brilliant comedic timing, this witty classic is well worth watching even decades after its release. 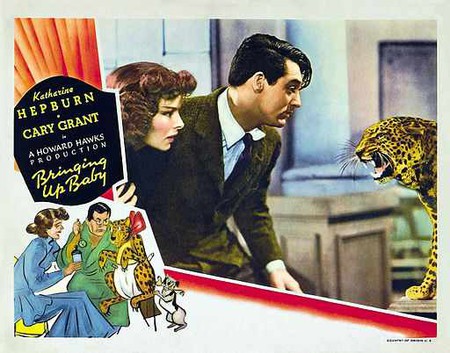 Directed by Howard Hanks, Bringing Up Baby is one of life’s few pieces of absolute perfection. Cary Grant plays a timid paleontologist who’s got his hands full getting ready for his wedding, reconstructing a dinosaur skeleton, and buttering up a rich society woman to make a donation to his museum. Hepburn plays a free spirit who owns a pet leopard and falls for Grant the day before his wedding; she also happens to be the niece of the same society woman Grant’s character is so desperate to please. Throw in a missing Brontosaurus bone, a case of mistaken leopard identity, some jail time, and Grant crooning ‘I Can’t Give You Anything But Love,’ and you’ve got a recipe for a delightfully dizzy screwball comedy. Bringing Up Baby was not a box office hit when it came out, but it’s now recognized as a masterpiece of 1930s filmmaking. 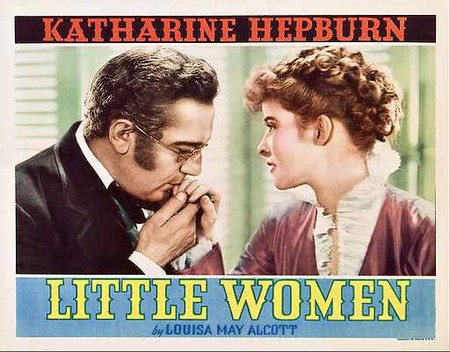 Based on Louisa May Alcott’s 1868 novel of the same name, Little Women is a 1933 American Pre-Code drama directed by George Cukor. Katharine Hepburn plays Jo, the tomboy of the four March sisters in a genteel but recently impoverished family who are struggling with their father’s absence during the Civil War. One of the most remarkable things about this story, particularly for the period, is the lack of a defining male romantic figure. While three of the four sisters do end up married, Hepburn’s character Jo (the story’s true protagonist) is defined by her career aspiration to become a professional writer, not by her options for marriage. Little Women offers its audience a whole family of positive female characters whose stories aren’t dictated by their relationships with men, but by their own moral choices and experiences, as well as their relationships with one another and their community. This is one Old Hollywood film that’s more interested in its heroines ‘conquering themselves’ than a man conquering their hearts, which may be why it remains a beloved classic and satisfying watch to this day.