The Best Cities In The USA For Young Professionals

The Best Cities In The USA For Young Professionals

San Francisco Skyline by Night | © Franco Folini/Flickr
Whether you’re fresh out of college, or seeking to start a new career, finding the optimal place for planting your roots is just as important as choosing the career itself. Niche, a website dedicated to providing insight into education analysis, has crunched data on various cities throughout America based on a number of factors – such as the number of millennial residents, job opportunities, access to bars, restaurants, and coffee shops, and affordable housing – using data from the US Census, FBI, and other sources. The result? A list of the top 100 cities for young professionals – we’ve highlighted the top ten below.

Home to Harvard University and the prestigious MIT, Cambridge is more than a university town. Located across the Charles River from Boston, this urban town received high marks in nightlife, with easy access to bars, restaurants and coffee shops, health & fitness, outdoor activities, and access to jobs. With 6.5 percent of newcomers from the millennial generation and nearly 75 percent of the population between the ages of 25 and 34, Cambridge makes for a hip, young city. The only downside? It’s not the greatest in terms of cost of living, with the median rent at $1,656 and median home value at $552,600.

Just across the Potomac River from Washington DC lies Arlington – a quaint town in Northern Virginia known for its high population of singles, perfect for young professionals. According to Niche, Arlington received good marks in access to bars, restaurants, and coffee shops, diversity, health & fitness, outdoor activities, and commute. Although it received a C- grade for cost of living – median rent is fairly high at $1,802 – the average household income makes up for it at $105,120 (the national average income is $53,046), so affording a house may not be as difficult as in other parts of the country. Arlington is also seeing a rise in millennial newcomers at 6.2 percent, despite its population of 25-34-year-olds topping out at 27.9 percent. 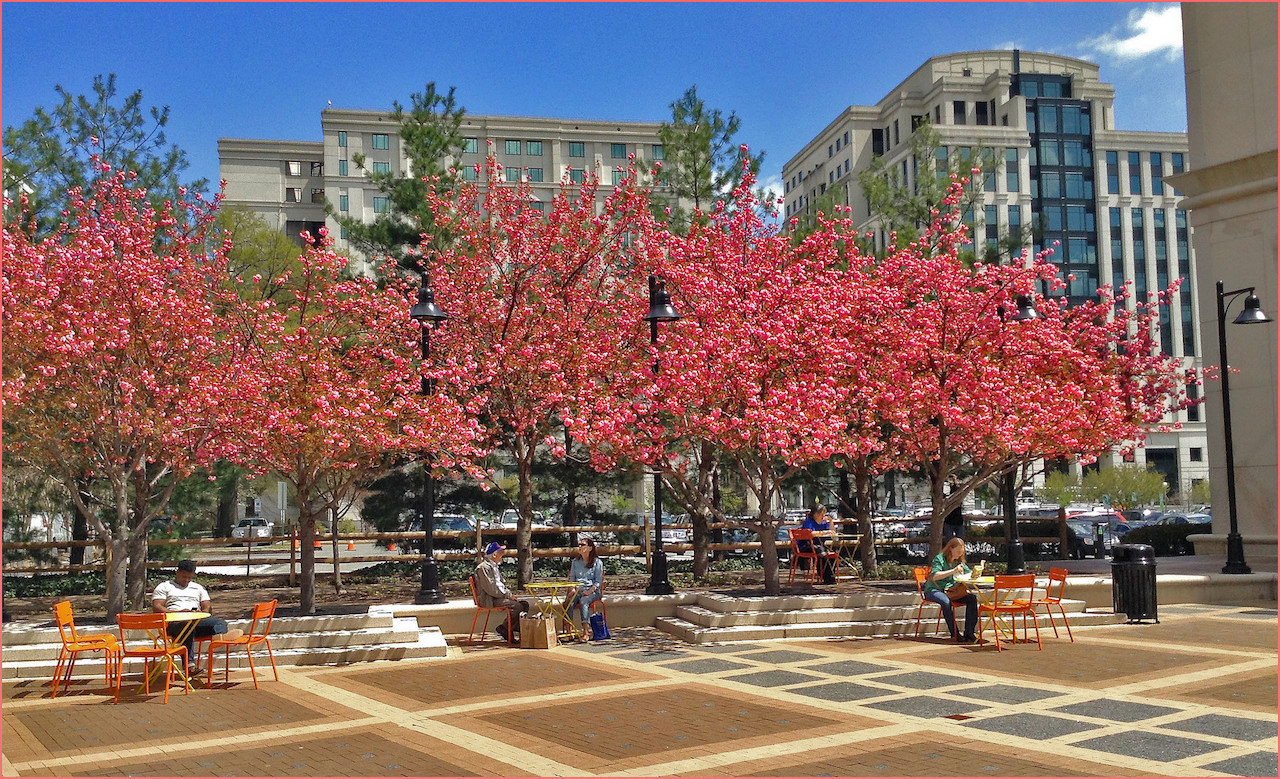 Just downriver from Arlington, Alexandria is another popular urban town shaped by its proximity to the US capital – think access to many federal government jobs – so for those looking to get into government-centered careers, this is the place for you. Plus, its historic center, filled with boutiques, antique shops, theaters, and restaurants, is a draw to many. Neighborhoods are easily walkable; however, Niche considered this city to be expensive with a median rent of $1,520. To make up for it, the average income is $87,319 – Alexandria also received good marks in nightlife (access to bars), access to restaurants and cafés, diversity, health & fitness, outdoor activities, and commute. Not to mention, 6.3 percent of newcomers are millennials, with a quarter of the population between 25 and 34 years old. 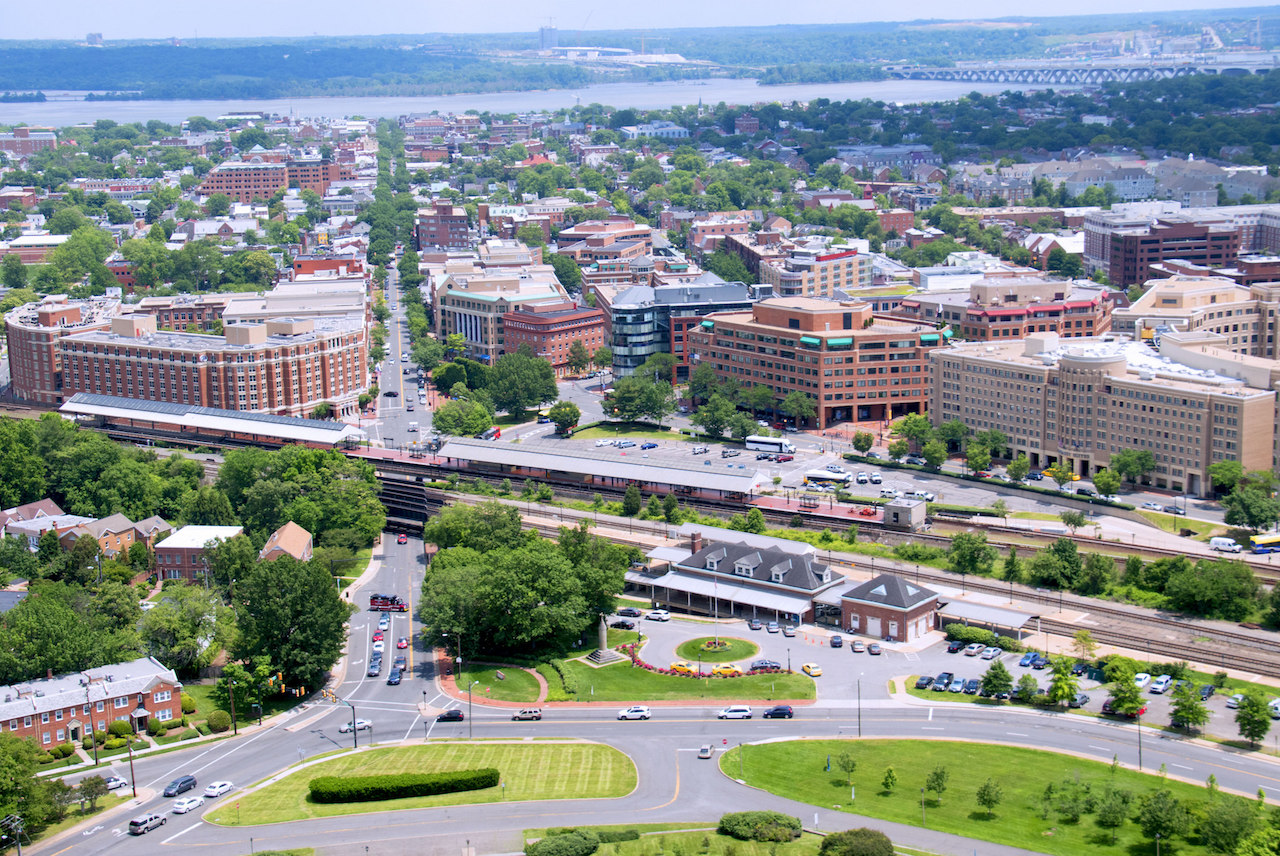 San Francisco has been drawing millennials for the past few years with its hip nightlife, epic food scene, eclectic neighborhoods, and central location to Silicon Valley (tech jobs galore). Although it received good marks in access to restaurants, bars, and coffee shops, diversity, health & fitness, outdoor activities, and commute, it received poor marks in cost of living (also crime & safety ranked at a C). San Francisco is known to be one of the most expensive cities in the US today, with the average home costing $767,700 and median rent at $1,533. Some claim the average income makes up for this, but Niche shows it to be a median of $78,378 – not quite high enough to afford to buy a home; therefore, it’s no wonder SF marked 4th down the list despite its popularity with the youngins. 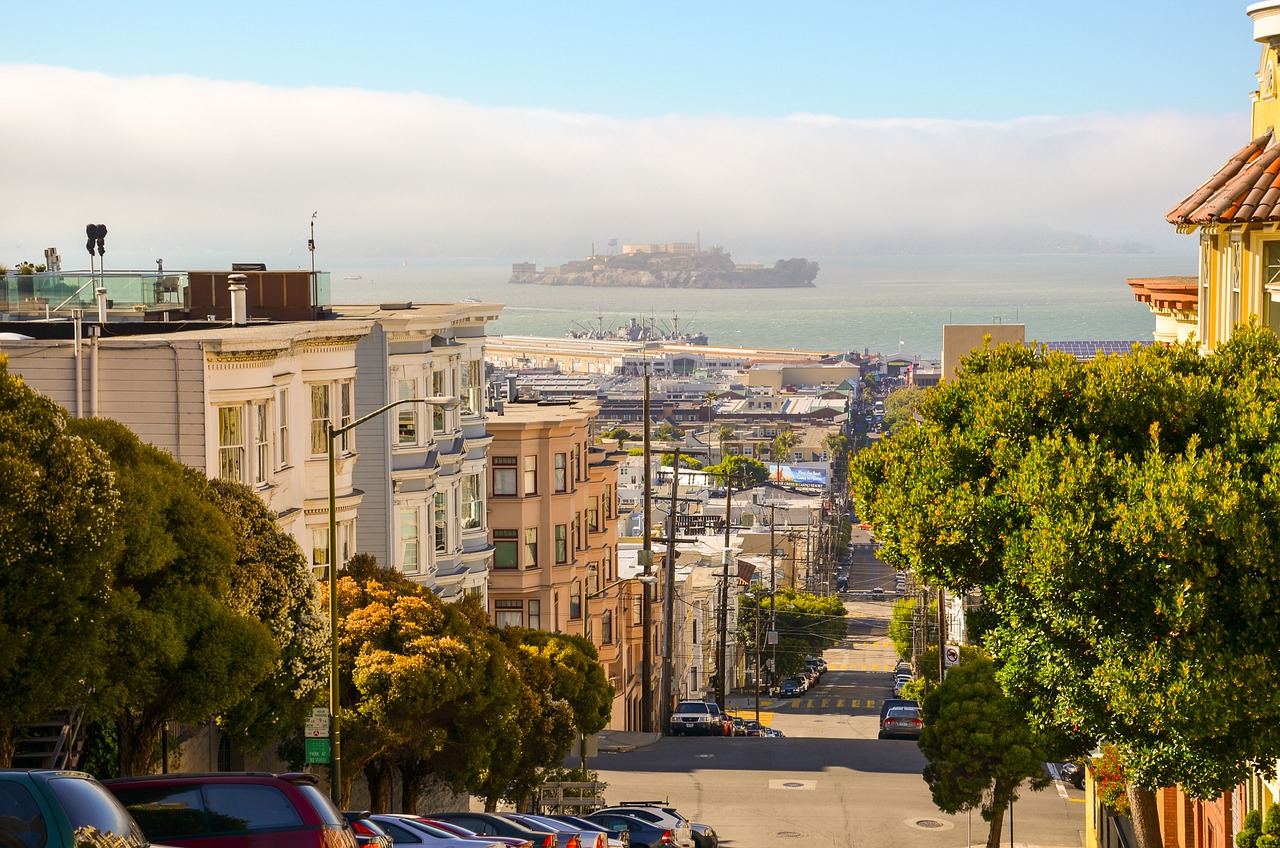 Michigan might not be a recent grad’s first choice for settling into a new career, but Ann Arbor received high marks in nightlife, access to restaurants and coffee shops, diversity, health & fitness, commute, and outdoor activities, despite its suburban feel. It didn’t do too poorly in access to jobs and real estate either (B+ and B-, respectively). The only downsides here are the weather and low percentage of residents between 25-34 years old (17.5 percent). Millennials are still heading this way, with 4.4 percent of newcomers under the age of 34, and with the cost of living quite low – the average home costs $231,700, and the median rent tops out at $1,042 – Ann Arbor makes for a more affordable place to live. Keep in mind, however, that the average income is much lower at $56,835. 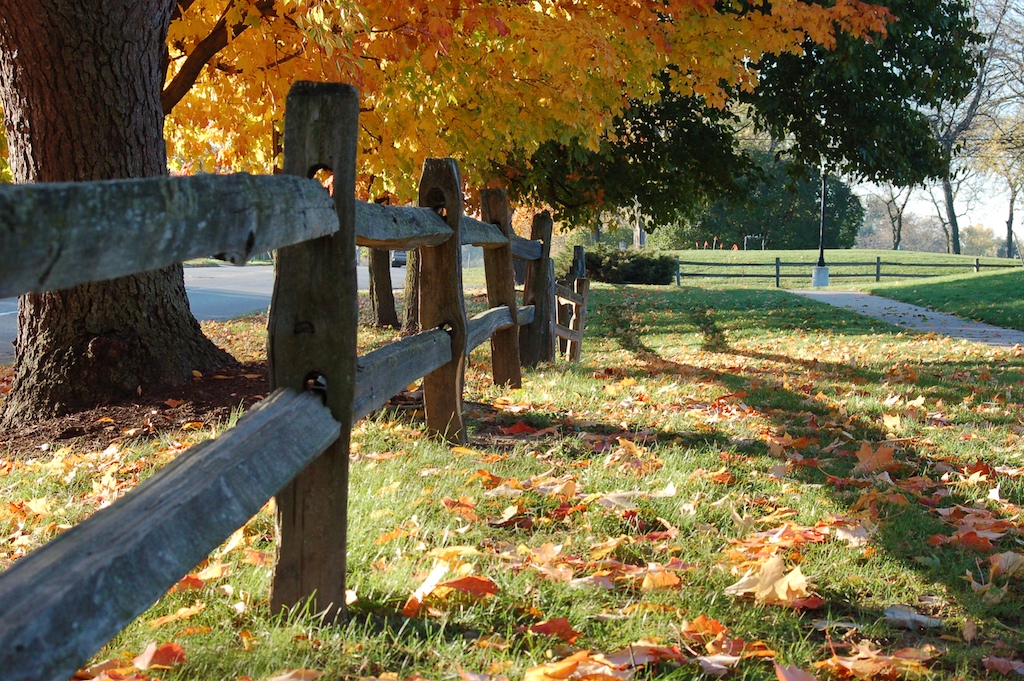 Minneapolis, Minnesota’s largest city, is home to many cultural landmarks – such as the Minneapolis Sculpture Garden, Walker Art Center, and contemporary art museum – alongside parks and lakes, making it an optimal place to live for the outdoorsy type. Receiving good marks in nightlife, access to restaurants and coffee shops, diversity, health & fitness, commute, and, of course, outdoor activities, Minneapolis is great for those just starting out in their career (B grade for access to jobs). Plus, rent is cheap (average is $854) and so is the real estate market (median home value is $205,200), so affordable housing makes this one a winner; however, it’s important to note that the average income is $50,767, below the national average. 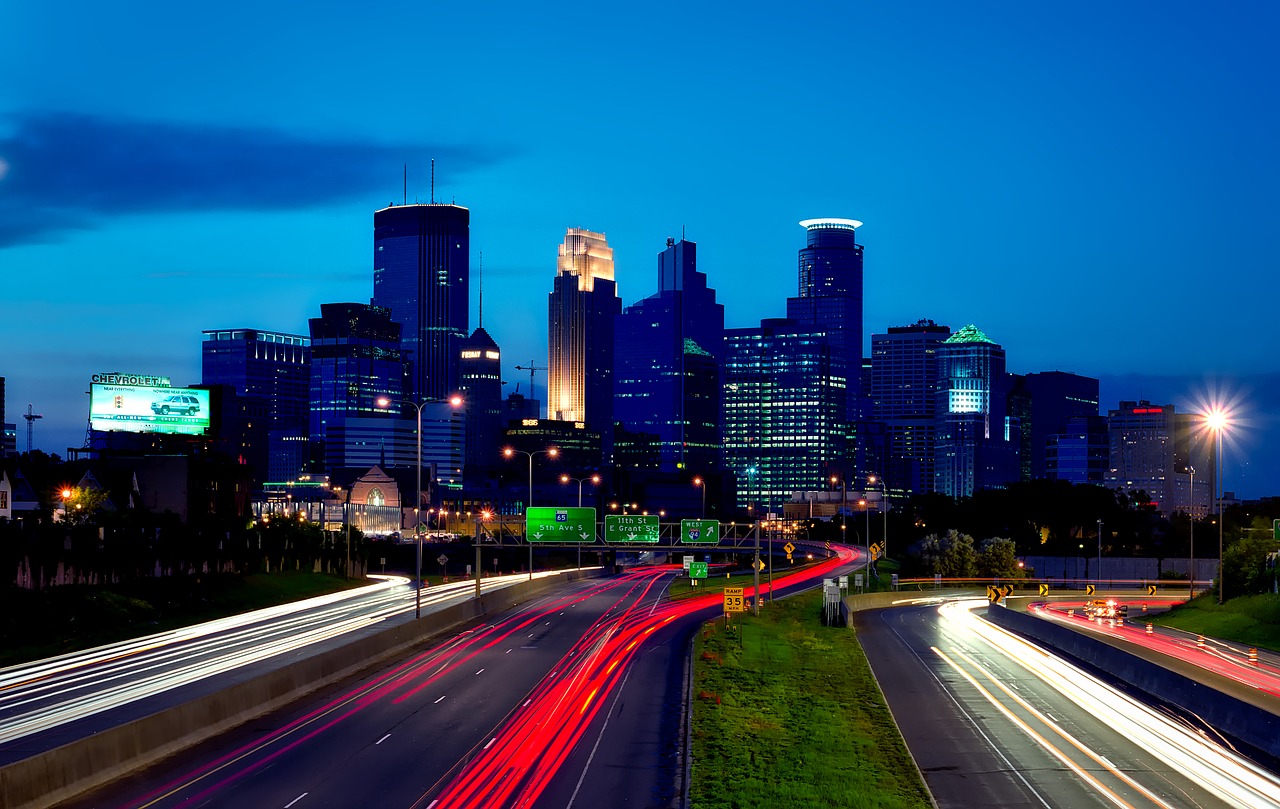 Situated on Puget Sound in the US’s Pacific Northwest, Seattle’s landscape – surrounded by water, mountains, forests, and parks – makes for the perfect city for millennials who love the great outdoors, so it’s no wonder this waterfront city received good marks in outdoor activities and health & fitness. It’s also great for nightlife, access to restaurants and coffee shops (a fab foodie scene resides here), diversity, and commuting. Although Seattle is home to a large tech industry, it only received a B in access to jobs. It also ranked poorly for cost of living, with the average rent at $1,131 and median home value at $437,400 – not the highest, but also not great considering the median household income is $67,365. On the plus side, over 20 percent of residents are 25-34 years old. It’s important to note, though, that Seattle doesn’t rank well in terms of weather (lots and lots of fog, clouds, and rain).

Denver, dubbed the ‘Mile-High City,’ is Colorado’s mountain town filled with history dating back to America’s Old West. Young ones can take pleasure in the active nightlife, eclectic beer and food scene, and access to outdoor activities with ski resorts located in the nearby Rocky Mountains. While Denver ranked high for health & fitness, diversity, weather, and commute, it didn’t do so well in the areas of cost of living or crime & safety (grade C- and C, respectively). On the plus side, the average rent is pretty low at $913 and median home value at $257,500; however, the median household income is low at $51,800. Millennials are still flocking here (4.4 percent of newcomers), and 21.4 percent of residents are between 25-34 years old.

Characterized by neoclassical monuments and iconic government buildings, everyone knows Washington DC – the nation’s capital – as the key city for federal and high-profile careers. This compact city, however, is home to many museums, performing arts venues, chic restaurants, coffee shops, and tons of bars; however, it can be a bit pricey in terms of living costs (median home value is $454,500, and average rent is $1,302) when compared to the average income of $69,235. Crime & safety isn’t great either, receiving a grade of C-. Health & fitness, outdoor activities, diversity, and commute all ranked high, with weather scoring a not-so-bad B.

Austin has been a longtime favorite amongst the younger generation since its emergence as a music capital (thanks to SXSW) and its plethora of outdoors activities in its many parks and lakes – including hiking and boating. An eclectic, lively city – and home to the University of Texas – Austin has a great nightlife, food and coffee scene, and prime access to jobs. Niche also gave Austin good scores in diversity, health & fitness, and commute; the weather didn’t score bad either with a grade of B+. The only downside is the cost of living, with an average rent of $1,012 (above the national median of $904) and median home value of $227,800 – a bit high considering the average income is $55,216. There is still quite a large percentage of 25-34-year-olds (21.4 percent), so millennial newcomers can take solace in that fact that making friends is easy here.