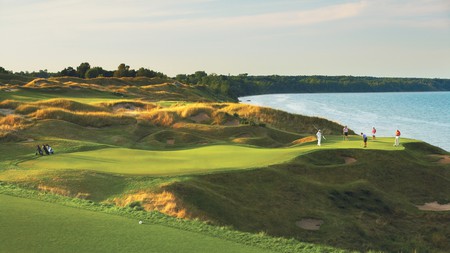 Whistling Straits comprises The Straits and The Irish | Courtesy of Kohler Co.

Golf courses, by their very nature, must follow the original lines of their terrain – but that doesn’t prevent some form of artful landscaping, either to make the course more playable or more challenging.

The craft of golf course design, which receives little to no exposure in the wider world, is as responsible for golf’s modern appeal as the successes of Tiger Woods or Rory McIlroy. Culture Trip has put together a little profile of these unsung heroes – the designers and architects responsible for crafting the world’s most formidable courses, as well as a look at four of the best places to test your mettle.

Phillips received his degree in landscape architecture from Kansas State University and began working under legendary designer Robert Trent Jones Jr shortly thereafter. He made his name by taking on RTJII designs in Europe and the Caribbean, before starting his own Kyle Phillips Golf Course Design company in 1997. His courses don’t have any particular signature elements, other than they provide numerous strategic options and emphasize attacking the green from the proper angle. His biggest strength is bringing a unique outlook and design to every course on which he works. In the USA, most of his work has been restoring and renovating older courses – most notably, the iconic California Club of San Francisco in 2014.

Robert von Hagge was nothing if not prolific, designing over 250 courses in 20 different countries prior to his death in 2010. His most famous credit is consulting with Dick Wilson on the original ‘Blue Monster’ at Doral, a famously difficult course that played host to the Doral Ryder Open and then the WGC-Cadillac Championship on the PGA Tour until 2016. Perhaps his finest course is the gorgeous Les Bordes in France, which is consistently ranked in the top three courses in continental Europe. A staggering, beautiful achievement in golf course architecture, Les Bordes was originally a private course designed specifically for the inventor of the Bic pen and his friends. It’s now open to the public for limited ‘stay and play’ access, and everyone who plays golf here walks away breathless. 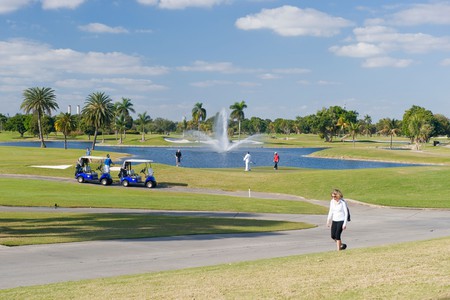 Hanse has emerged in recent years as one of the world’s very best golf course designers. Golf aficionados have known him for quite some time thanks to projects such as Streamsong Black, Los Angeles Country Club South, the restoration of The Country Club in Brookline, Massachusetts, and his masterful redesign of the Blue Monster at Doral. However, the world learned who he was when he was selected to design the course for golf’s return to the Olympics in Rio in 2016. He delivered an instant classic that garnered rave reviews from golfers, fans and architecture experts alike. He’s one of the busiest in the business, too, with numerous original designs and restorations in the works, including Pinehurst No 4 in North Carolina. 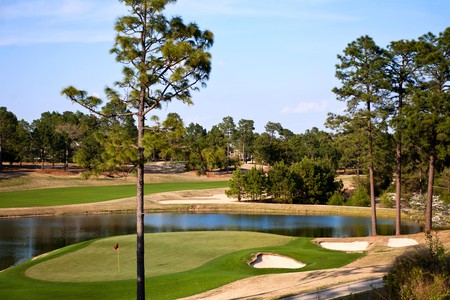 Despite a name that immediately associates it with Boston baseball, Fenway Golf Club is actually located just an hour’s drive north of New York City. An AW Tillinghast design currently under an ongoing restoration project from Gil Hanse, Fenway is notable for its steeply sloping greens and deep bunkering. Tree removal has proven a welcome refresher to the course, reintroducing strategies that Tillinghast’s genius design originally intended.

Whistling Straits is a course that golf fans know well. It’s played host to several major championships, most recently the 2015 PGA Championship, and will host the 2020 Ryder Cup. Pete Dye’s amazing Whistling Straits complex (The Straits and The Irish) is complemented by its sister golf complex, Blackwolf Run. Located in Sheboygan, Wisconsin, Whistling Straits is easily within driving distance of Chicago for a day trip or a long weekend in which you can enjoy all of its lovely and challenging courses. 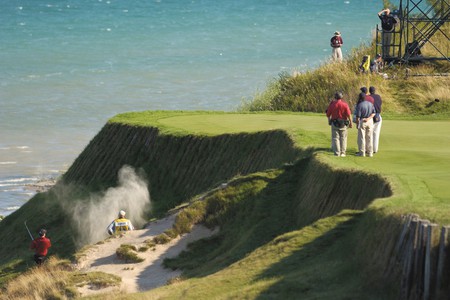 The world-class Whistling Straits in Sheboygan, Wisconsin, has hosted many championships | Courtesy of Kohler Co.

This incredible course from Bill Coore, one of the hottest designers in the business (with help from golfing legend Jimmy Demaret), is consistently ranked one of the top private clubs in Texas. Its wide fairways provide plenty of strategic challenges, as players need to consider their angles carefully to give themselves good birdie opportunities. Hit the wrong side of the fairway, and par will be tough to achieve! The signature par-5 14th is a beautiful hole, winding through ponds and requiring thoughtful precision on every shot. Situated near the coast of the Gulf of Mexico, a two-and-a-half-hour drive from San Antonio, Rockport Country Club is well worth the trip.

Pacific Dunes at the Bandon Dunes golf resort has quickly become a true bucket-list destination since debuting in 2001, shooting to the top 20 of Golf Digest’s Top 100 Courses list. A walking-only golf resort made by and for golfers, Bandon Dunes features four links courses and a par-3 course. Pacific Dunes is considered one of architect Tom Doak’s true masterpieces and is the best of the four stunning courses at the resort. It’s a four-hour drive from Portland, but it’s best to fly in to maximize the time you can spend on the courses.

Jordan Fuller is a golf enthusiast, and he likes to travel around the world to experience a tee time at wonderfully designed and crafted golf courses. He is now mentoring and coaching his students to improve their play, especially in perfecting their golf swing plane. He owns a golf publication site where he posts his tips and expertise on golf: www.golfinfluence.com.