The 13 Best TV Cult Classics You Need To See 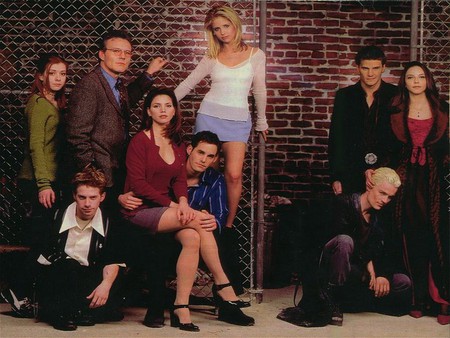 Exactly what makes a TV show a cult classic can be hard to pin down: sometimes it’s their non-mainstream, boundary-pushing content, and sometimes it’s their long-lasting impact, but one thing that unites most cult TV shows are their dedicated, albeit often quite niche, audience. We explore some of the best TV cult classics, from recently revived American sci-fi drama, The X-Files to British comedy, Black Books.

David Lynch and Mark Frost’s murder mystery, film noir-esque series may have been short-lived with just 30 episodes racked up over its two seasons, but it nevertheless remains one of TV’s most groundbreaking shows. Set in a picturesque rural Washington town, Twin Peaks followed FBI Special Agent Dale Cooper as he set about solving the murder of local homecoming queen Laura Palmer and went on to receive three awards, including Best Drama Series at the 48th annual Golden Globe Awards. With Lynch and Frost currently rejoining forces to release a new series – which will see original star Kyle McLachlan reprise his role as Agent Cooper – in early 2017, Twin Peaks looks set to gain a whole new generation of cult followers soon.

Like Twin Peaks, Chris Carter’s sci-fi drama The X-Files is currently undergoing a revival and returned to TV screens in early 2016 for a six-part miniseries after a 14-year absence. Starring David Duchovny and Gillian Anderson as FBI Special Agents Fox Mulder – a firm believer in all things extraterrestrial – and sceptic Dana Scully, the show followed their careers investigating the eponymous ‘X-Files,’ or cases that were paranormal in nature. Over its original ten-season-run, The X-Files became one of the small screen’s longest-running sci-fi series, scooping five Golden Globes and 16 Emmy Awards, and even spawning a feature length film in 1998. 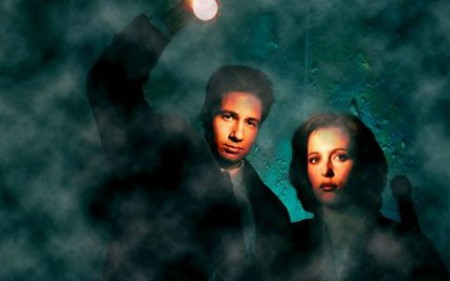 Undoubtedly one of the most influential TV series of all time, The Twilight Zone – which originally ran for five seasons between 1959 and 1964 – has, despite being over 50 years old, withstood the test of time and remains one of the most watched and best-loved shows today. The anthology series was a trip into the fantastical, Kafka-esque world of creator Rod Sterling, and in its 156 episodes starred many then relatively unknown talents, including Dennis Hopper and William Shatner, and went on to inspire two revival series in the 1980s and early nineties, as well as a Steven Spielberg-produced film in 1983. 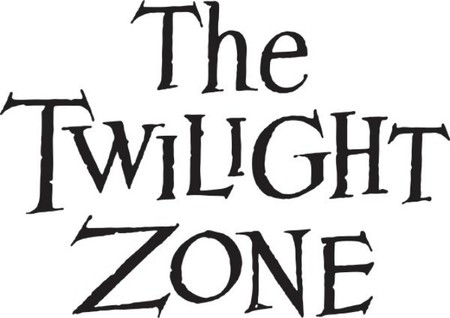 Often the hallmark of a cult TV show is its dedicated, sometimes zealous following, and Buffy the Vampire Slayer’s fan base – whose creator Joss Whedon once fondly called ‘rabid, almost insane’ – is a perfect example. Since it first aired in 1997, the show and its eponymous protagonist – the teenaged Buffy Summers, whose idyllic California hometown is actually atop a hell mouth and therefore she finds herself battling not just vampires, but demons and other such ghouls too – has entranced fans, spawning many a fan fiction and even its own biennial conference, the Slayage Conference on the Whedonverses.

Though the original short-lived series of Battlestar Galactica, created by Glen A. Larson, first aired in 1978, it was Ronald D. Moore and David Eick’s 2004-2009 reboot that really gained cult classic status, becoming one of the most critically acclaimed TV series of the early nineties. The show followed the survivors of the annihilated Twelve Colonies of Kobol, led by President Laura Roslin (Mary McDonnell) and Commander William Adama (Edward James Olmos), as they battle the Cylons – a race of cyber robots – on their journey to the fabled thirteenth colony, Earth. Not only did the series feature one of TV’s most controversial plot twist endings, it also introduced one of the best, censor-friendly ‘swear words’ into our vocabulary, ‘frak.’

Gene Rodenberry truly went ‘boldly where no man has gone before’ with his uber-iconic cult show, Star Trek. The first series, starring William Shatner as Captain Kirk, ran between 1966 and 1969, and broke ground when it featured television’s first-ever interracial kiss (between Kirk and Lieutenant Uhura, played by Nichelle Nichols), and lead to four more series in later years. The franchise has spawned one of popular culture’s most dedicated and recognizable fans, Trekkies (some of whom are so committed that they’re even fluent in Klingon) and a new, as yet untitled, series of Star Trek is set to hit the small screens in January 2017.

The critically acclaimed, Baltimore-set crime drama The Wire explored the dark side of the city in relation to five of its institutions: the illegal inner-city drug trade, the seaport, the school system, city hall and the local media. Displaying great innovation, throughout its five seasons, the series switched settings between these institutions and introduced new characters. The show’s talented ensemble cast included British actors Idris Elba and Dominic West. Lauded for its gritty realism, The Wire went on to win a prestigious Peabody Award in 2003, alongside numerous other accolades.

Cult British comedy Black Books – set in the London-based bookshop of the title – was broadcast on Channel 4 for three seasons between 2000 and 2004, and followed the lives of Irish drunken misanthrope and owner Bernard (played by comedian Dylan Moran, who also co-wrote and co-created the series), assistant Manny (the wonderfully funny Bill Bailey) and their neurotic friend Fran (Tamsin Greig). Twice a winner of the BAFTA for Best Situational Comedy, Black Books is often hailed as one of the funniest shows to come out of Britain in recent years.

Running for just one season (a total of 18 episodes) and receiving critical acclaim before being unceremoniously cancelled in 2000 due to low ratings, Freaks and Geeks has all the hallmarks of a cult classic: a short shelf life, a small but dedicated following and a lasting legacy. Set in a suburban Detroit high school during the early 1980s, the show followed the misfits of the title and captured the awkwardness of teenage years perfectly, featuring many faces before they were famous, including James Franco, Seth Rogen and Jason Segel. 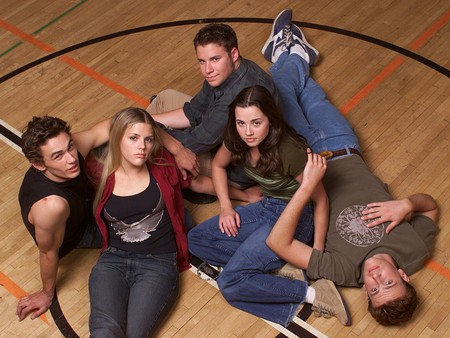 British spy-drama-sci-fi crossover, The Prisoner starred Patrick McGoohan (who also co-created the show) as ‘Number 6,’ an unnamed agent who finds himself imprisoned in a mysterious seaside resort known only as ‘The Village.’ In each of The Prisoner’s 17 episodes, Number 6 attempts to escape but is thwarted by The Village’s sinister administration, including Number 2 – an interchangeable agent trying to extract information from Number 6 – and Rover, a strange balloon-like contraption that kills those who try to flee. Its frustratingly ambiguous finale in 1968 attracted a record-breaking number of viewers in Britain and in 2002, The Prisoner received a Prometheus Hall of Fame Award, which recognizes exemplary works of science fiction examining the notion of freedom. 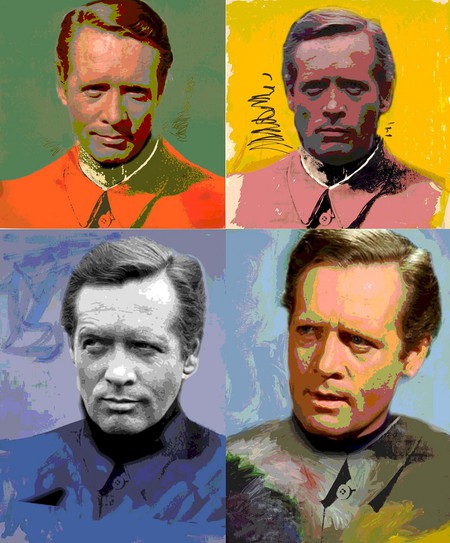 Named by Guinness World Records as the longest-running sci-fi show in the history of television, Doctor Who – despite a 16-year hiatus – has racked up an astounding 35 seasons and over 800 episodes. Following the eponymous doctor as he travels through space and time in his TARDIS, battling other-worldly beings, monsters and, of course, the infamous Daleks hell-bent on exterminating our hero, Doctor Who is still going strong today and has featured 13 actors as the titular character. Known as Whovians, the show’s dedicated fan base has formed officially recognized organizations, such as the Doctor Who Appreciation Society, inaugurated in 1976.

An ingeniously quirky concept, Mystery Science Theater 3000 followed Joel Robinson (a janitor trapped aboard a spaceship, played by show’s creator Joel Hodgson) and later Mike Nelson – as they are forced to watch bad B-movies alongside their robot companions by evil scientists, as they attempt to find a film so awful it can be used to take over the world. Over its 11-year run, Mystery Science Theater 3000 gloriously lampooned some of the worst films known to mankind including Manos: The Hands of Fate and The Incredibly Strange Creatures Who Stopped Living and Became Mixed-Up Zombies. A recent successful Kickstarter campaign initiated by Joel Hodgson is signaling the return of the much-loved series in 2016.

Lasting just one season and a total of 14 episodes, Firefly is the most short-lived cult show featured here, but despite its brief run, the show has amassed a diehard fandom, even finding fans in fictional characters like The Big Bang Theory’s uber-geek Sheldon Cooper. Created by Joss Whedon, the space western took place in a not-too-distant future where the USA and China have joined forces as the authoritarian Alliance to colonize the galaxy, and follows Mal Reynolds (Nathan Fillion) and his motley crew aboard the spaceship Serenity. Though its cancellation was announced after just 11 episodes had aired, Firefly went on to spawn a film, Serenity, in 2005 and a series of comic books. 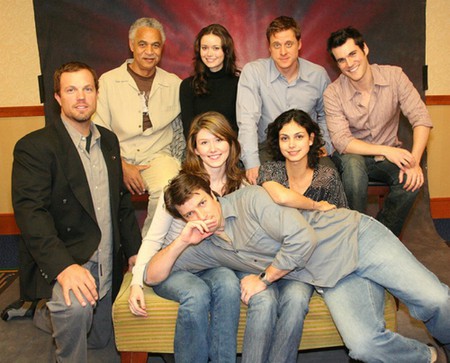 Firefly cast in 2005 | © Raven Underwood/Flickr
Give us feedback