The Most Beautiful Castles in the United States 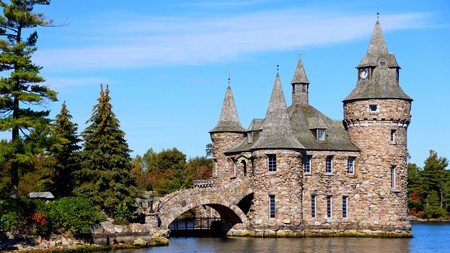 While fairytale castles may be more associated with medieval Europe, the USA is actually home to many beautiful chateaus, mansions and palaces – you just need to know where to find them. We round up the most enchanting American castles, from the grand Biltmore Estate in North Carolina to California’s Hearst Castle. 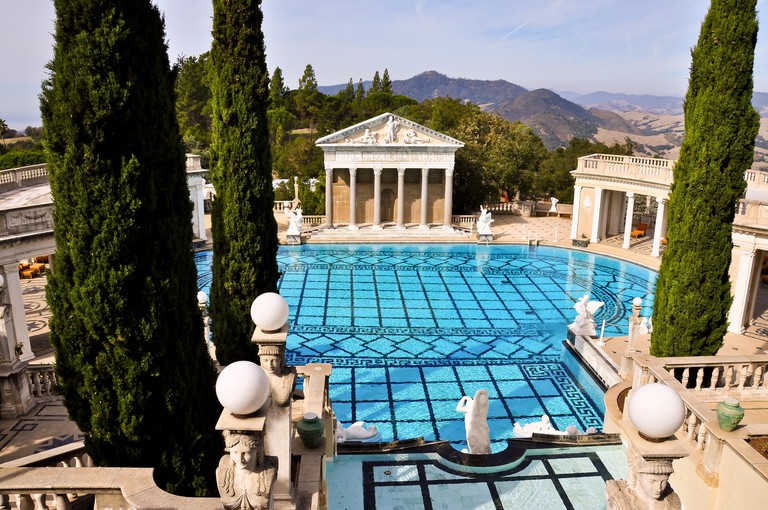 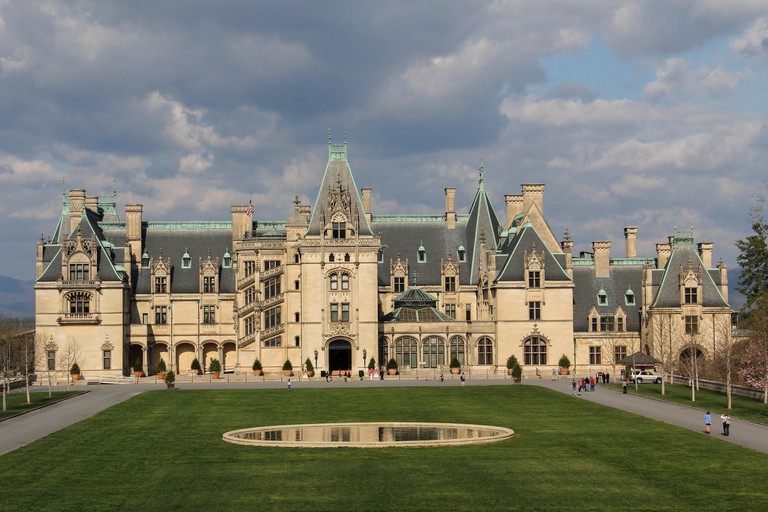 © James Pintar - E / Alamy Stock Photo
Nestled in the Blue Ridge Mountains outside Asheville, North Carolina, the Biltmore Estate took six years to build, beginning in 1889 after George Vanderbilt visited the area and became enchanted by its beauty. Architect Richard Morris Hunt designed the 250-room French Renaissance chateau, while acclaimed landscape architect Frederick Law Olmsted envisioned the grounds surrounding the castle, including the 15-acre (6ha) Azalea Garden, as home to some of the finest native azaleas in the nation. Today, the estate has its own vineyard and winery, producing award-winning wines and tours of the chateau – including its stately banquet hall and bowling alley.
Open In Google Maps
1 Lodge Street, Asheville, North Carolina, 28803, USA
+18004113812
Visit Website
Give us feedback

Bridge, Building
Facebook
Email
Twitter
Pinterest
Copy link
Share
Map View
This Rhineland-inspired castle is tucked away on a tiny isle in upstate New York’s Thousand Islands region, which was a playground for the rich and famous in its day and features another castle, Singer. Hotel magnate George C. Boldt began building the castle in 1900 for him and his beloved wife Louise to enjoy as a summer home. Sadly, Louise died months before Boldt Castle was completed, and a devastated George abruptly halted its construction. The castle sat unoccupied at the mercy of the elements for more than 70 years until the Thousand Islands Bridge Authority acquired it and restored it to its current glory. The island estate includes the 120-room castle, its own drawbridge and the pretty Alster Tower. The authority runs tours of the castle and Heart Island, which it occupies.
Open In Google Maps
Alexandria Bay, New York, 13607, USA
+13154829724
Visit Website
Give us feedback 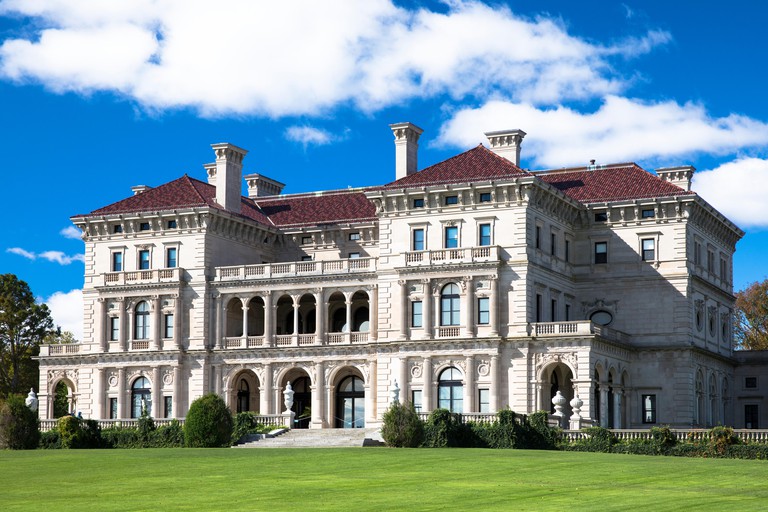 Another Vanderbilt family creation designed by architect Richard Morris Hunt, the Breakers is one of Newport’s most striking summer homes, built in the late 19th century when the picturesque Rhode Island coastal town was the playground of America’s wealthiest families. Taking inspiration from the Italian Renaissance palaces of 16th-century Genoa and Turin, Hunt designed the 70-room mansion to include the grand dining room, with its dramatic freestanding columns and gilded cornice, and drafted contemporary talents like Austrian-American sculptor Karl Bitter to create relief sculptures. It is open to visitors year-round and is owned and operated by the Preservation Society of Newport County. 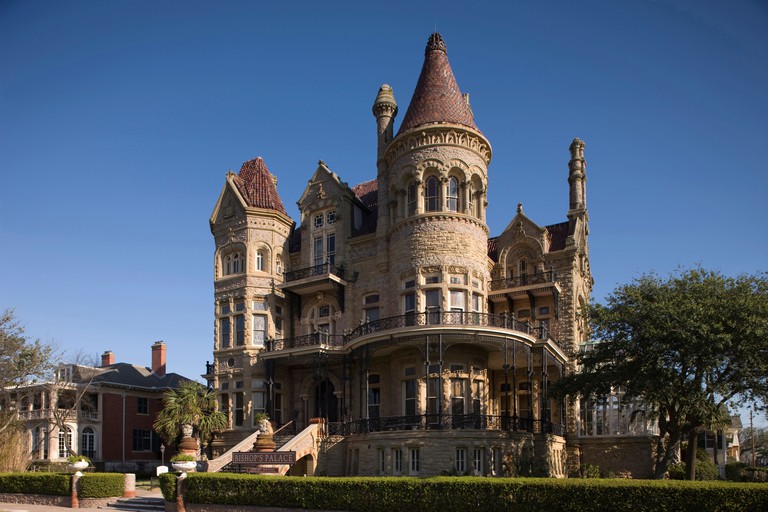 © Russell Kord / Alamy Stock Photo
Also known as Gresham’s House, Bishop’s Palace is located in Galveston’s East End Historic District and was built in the late 19th century for attorney and entrepreneur Colonel Walter Gresham and his family. Frequently cited by architectural historians as one of the USA’s most significant structures, Bishop’s Palace was designed by famed local architect Nicholas Clayton, who built the chateau-esque mansion from steel and stone – a sturdy mixture that endured the Great Storm of 1900 that destroyed much of Galveston. The mansion’s opulent interior features a dramatic mahogany stairwell, many stained glass windows and decorative wood carvings. You can look around yourself or see areas that are usually off-limits with a basement-to-attic tour.
Open In Google Maps
1402 Broadway Avenue J, Galveston, Texas, USA
+-4
Visit Website
Give us feedback 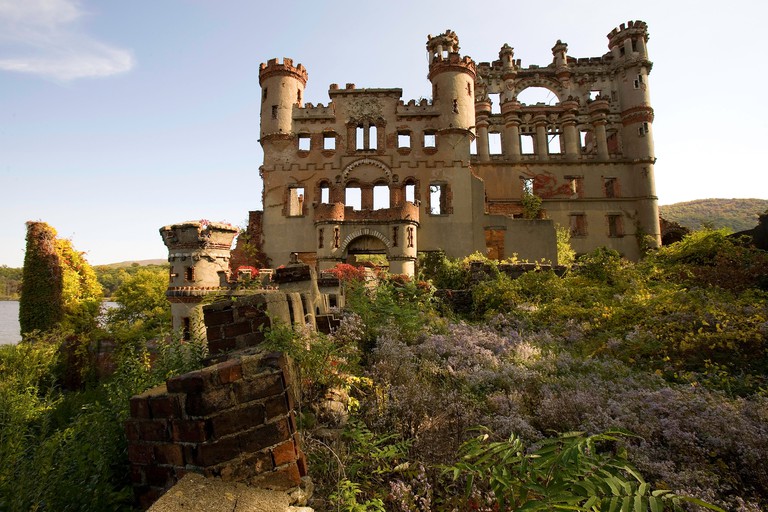 A tiny island 60mi (96km) or so up the Hudson River from New York City is the setting of the ruins of Bannerman Castle. Built in the early 20th century by Scottish-American munitions merchant Francis Bannerman not as a home but as an arsenal, the castle was designed to resemble medieval Scottish fortresses. Following his death in 1918, Bannerman Castle fell into disrepair, and much of the structure was destroyed by a fire that broke out in 1969. Today the island is overseen by Bannerman Castle Trust, which offers summertime island tours and hosts events including barbecue picnics and concerts.

Located in the northern reaches of California’s wine country, Napa Valley, Castello di Amorosa can be deceiving, like many castles in the US: while at first glance it looks like a 13th-century castle straight out of Tuscany, it actually opened its doors in 2007 after a 14-year construction period. Designed by owner and fourth-generation winemaker Dario Sattui as a winery, Castello di Amorosa is surrounded by acres of vineyards producing award-winning Italian-style wines. Featuring 107 rooms, most of which are used for winemaking, Castello di Amorosa includes a drawbridge, a great hall with replica Italian frescoes, and even a dungeon and torture chamber. 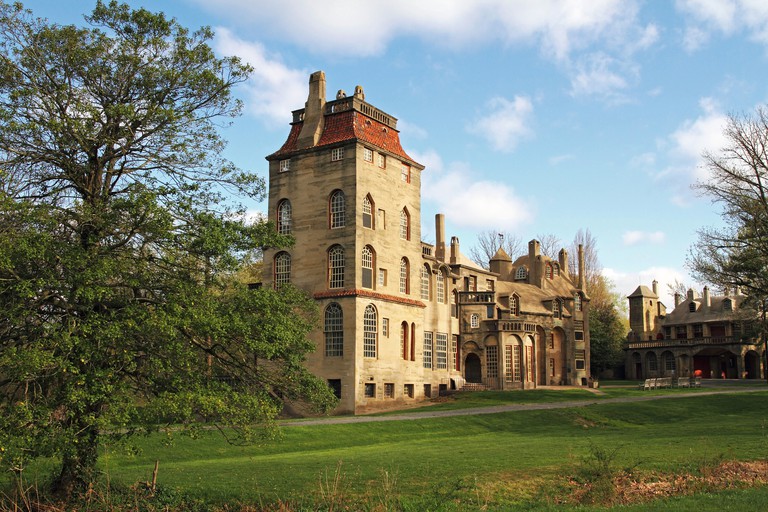 © Philip Scalia / Alamy Stock Photo
The former home of archaeologist and ceramicist Henry Chapman Mercer, Fonthill Castle was constructed between 1908 and 1912 in Doylestown, Pennsylvania, as a means of showcasing Mercer’s extensive collection of tiles and prints. Designed by Mercer himself, Fonthill Castle is a pastiche of medieval, gothic and Byzantine styles and comprises 44 rooms, 18 fireplaces and more than 200 windows and was donated by Mercer as a museum following his death in 1930. On the same grounds as Fonthill Castle are the Moravian Pottery and Tile Works, built by Mercer in 1912 and where many of Fonthill’s tiles were made.
Open In Google Maps
525 East Court Street, Doylestown, Pennsylvania, 18901, USA
+12153489461
Visit Website
Give us feedback

Iolani Palace, Hawaii’s official royal residence, was built in 1882 in downtown Honolulu by King Kalakaua as a means of strengthening the then Kingdom of Hawaii’s prestige as a modern nation overseas. When the Hawaiian monarchy was overthrown in 1893 by the US, Iolani Palace served as the capitol building until it underwent extensive renovation and reopened as a museum in 1978. Taking design inspiration from European palaces, Iolani is said to be the sole example of American Florentine (a mixture of Italian Renaissance and native Hawaiian architectural styles) and is the only official royal residence on US soil. It is seen as a cultural centre in Hawaii, and speciality tours are available, including a White Glove Tour looking at treasures from the state rooms to the palace attic. 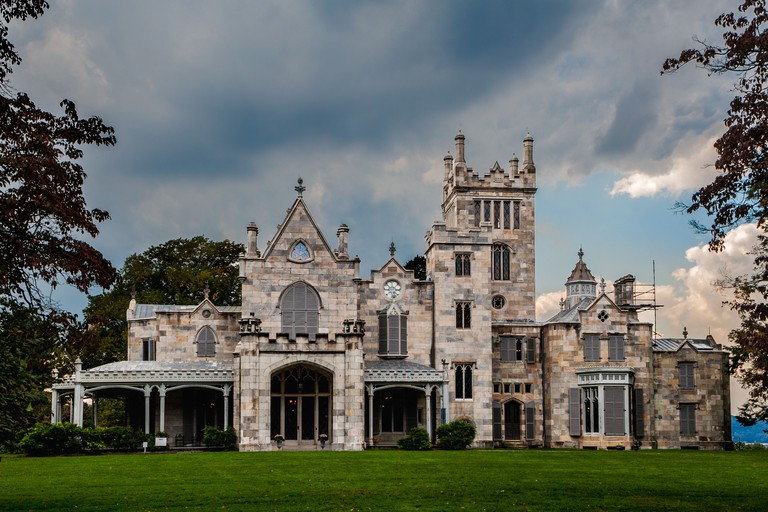 © Philip Scalia / Alamy Stock Photo
Located on the edge of the Hudson River in Tarrytown, New York, the Lyndhurst Mansion is the creation of acclaimed architect Alexander Jackson Davis, who built the beautiful mansion in 1838. The gothic revival building is said to be one of the finest castles in America and has had several noteworthy residents since its construction, including New York City mayor William Paulding and railroad tycoon Jay Gould. Tours of Lyndhurst Mansion – including its art gallery, home to paintings including French artist William Bouguereau’s 1866 work First Caresses – are available on Fridays and weekends.
Open In Google Maps
635 South Broadway, Tarrytown, New York, 10591, USA
+19146314481
Visit Website
Give us feedback

Though it was built just over 100 years ago, Thornewood Castle – nestled on the edges of American Lake in Lakewood, Washington – actually dates back much further. Chester Thorne, a local prominent banker and developer, dreamed of building a Tudor Gothic home and, after buying a 400-year-old English manor, had it painstakingly dismantled, transported and reconstructed with the help of architect Kirtland Kelsey Cutter. Now an inn, Thornewood Castle offers guests access to the estate’s private dock and lakeside beach and the beautiful sunken “secret garden” designed by the famous Olmsted Brothers, sons of Frederick Law Olmsted. 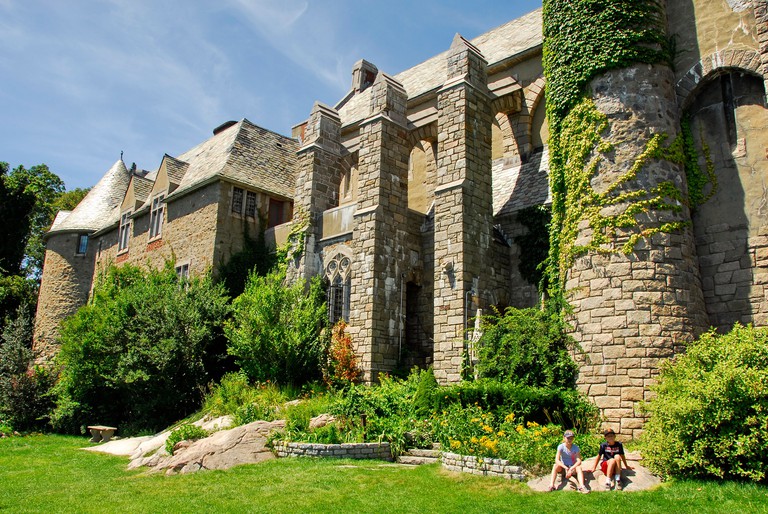 Inspired by his time living in England as a child and falling in love with its castles, American inventor John Hays Hammond Jr. built the beautiful Hammond Castle between 1926 and 1929 to act as his home and laboratory. Constructed from a mix of local stone and various Roman, medieval and Renaissance artefacts Hammond had collected during travels to Europe, Hammond Castle overlooks Massachusetts’ scenic Gloucester Harbor and is now a museum. Visitors are free to tour its enchanting rooms, such as the unique inner courtyard, which is partly made from medieval storefronts that Hammond found on a trip to France and took back to the US.