The USA has some of the finest history museums in the world. With the growth of industry came philanthropists who built up huge collections of artifacts from across the globe. You’ll find galleries and exhibitions dedicated to everything from immigration in the 19th century to the culture of the American Indians and the Civil Rights movement. Here are the ten best history museums in the country today.
Henry Ford Museum
Museum

Located in Dearborn, Michigan, the Henry Ford Museum began as a personal collection of historical items belonging to the automotive pioneer. It has grown into a major museum dedicated to everyday items that have been central to the American experience and that have witnessed key moments in the nation’s past. The exhibits are held within a single-story building with a huge 40-foot ceiling, and include the camp bed used by the very first president, George Washington, during the War of Independence; the chair in which Lincoln sat when he was assassinated by John Wilkes Booth in 1865; laboratory items owned by Thomas Edison; and the Presidential Limousine in which Kennedy was shot in Dallas on 22 November 1963. 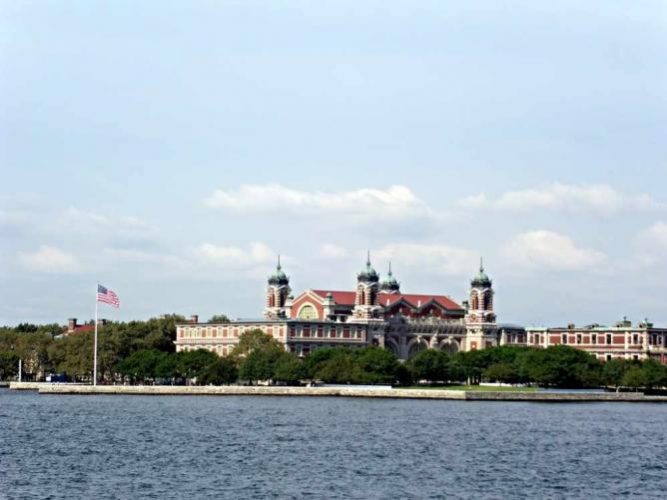 In the heart of Washington D.C. close to the National Mall is the National Museum of American History, part of the Smithsonian Institution – the great network of museums established in the 19th century. Originally called the Museum of History and Technology when it opened in 1964, the National Museum of American History focuses on social, cultural, political and military themes. There are over three million exhibits on permanent display, including the original Star-Spangled Banner that flew during the Battle of Baltimore in the War of 1812, the famous stovepipe hat of Abraham Lincoln, and the red slippers worn by Judy Garland in The Wizard of Oz. 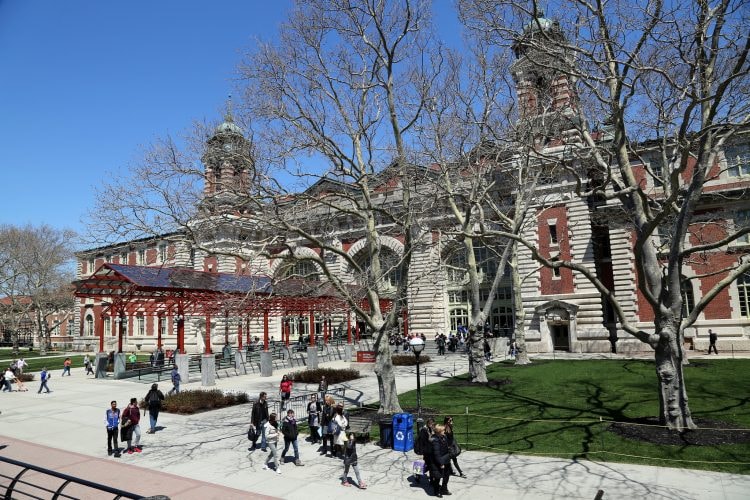 One of the great narratives of American history is the land of the free welcoming newcomers from old, decaying Europe and beyond. Ellis Island was once the main inspection station for all immigrants coming to the USA. From 1892 until 1954 millions of newcomers went through Ellis Island, often over 5000 each day. In 1907 alone a total of 1,004,756 immigrants were processed in the Main Building. The Ellis Island Immigration Museum is part of the Statue of Liberty National Monument. The Statue itself lies on the small island just south of Ellis Island in Upper New York Bay. Today the Main Building, built in 1900 in the French Renaissance style, houses the main Museum dedicated to documenting the immigrant experience. You can explore the hospital where many immigrants were held in quarantine prior to entry to the USA. 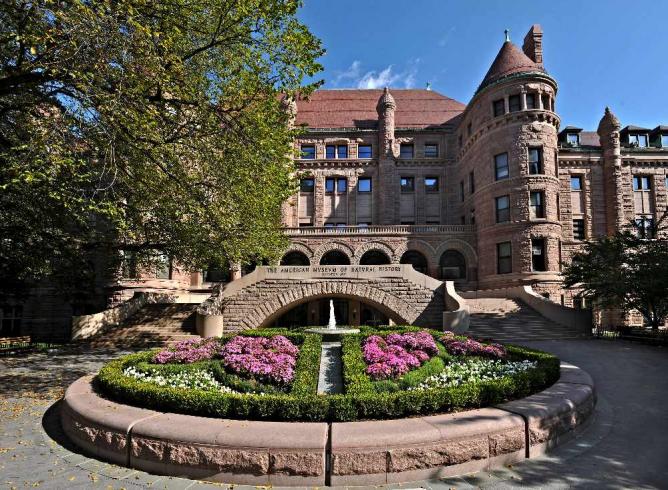 Also part of the Smithsonian Institute, the National Museum of the American Indian showcases the history and culture of American Indians in North and South America, from Tierra del Fuego to the Arctic Circle. The Museum has a main site located on the National Mall in Washington D.C., with research centers in Maryland and New York. The Museum was established in 2004 after 15 years of planning, following a congressional act ordering thousands of Indian artifacts in the Smithsonian archives be displayed. There are over 800,000 pieces on display exploring the history of the Amazonian, Apache, Navajo and other Indian groups. 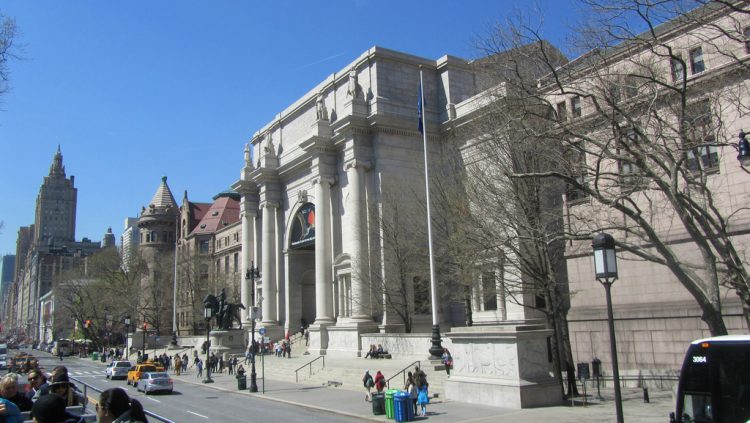 Based on the Upper West Side of Manhattan in New York, the American Museum of Natural History was founded in 1869 and today extends over 45 different exhibition halls. It focuses variously on anthropology, zoology and biology, with over 32 million different specimens of fossils, plants, animals, rocks, minerals and early human remains. There are huge collections of dinosaur fossils, huge meteorites, and native American wildlife and sea creatures on display. You can also explore exhibitions on early human societies discovered in the Near East, the workings of hunter-gatherer groups, and examine some of the oldest Neanderthal skeletons yet found. 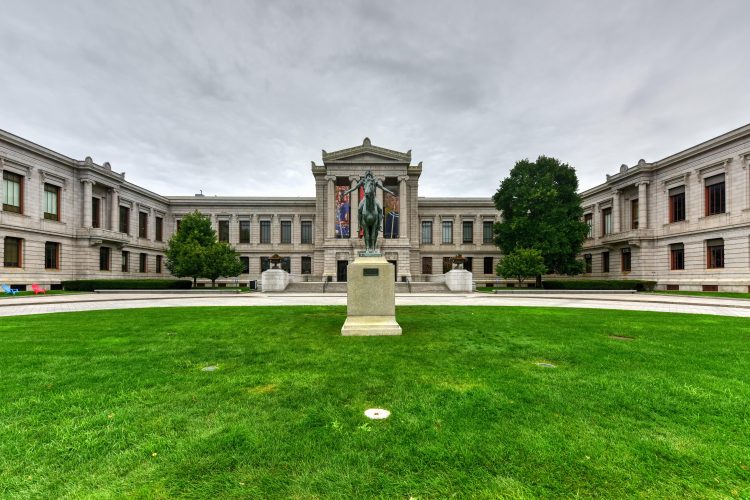 The Museum of Fine Arts in Boston first opened in 1876 before moving to its current Huntingdon Avenue home in 1909. The collection of 450,000 antiquities and works of art is one of the most diverse in the USA, with galleries dedicated to many different time periods. You’ll find areas of the Museum dedicated to industrial design, African-American pieces, Mayan ceramics, and colonial-era American paintings by John Singleton Copley. There are major sections on Asian ceramics and material culture, Islamic and Indian antiquities, Renaissance and European art. Plus over 83,000 ancient sculptures, pieces of weaponry, coins and sarcophagi from Egypt, Nubia, Greece and the Near East.

The United States Holocaust Memorial Museum in Washington D.C. is one of the biggest research centers on the Holocaust worldwide and welcomes millions of visitors each year. There are over 12,000 artifacts on show along with oral histories, archival footage and photographic displays that explore both the Holocaust itself and the factors that led to it. Issues explored include the rise of Hitler, the ideology of the Aryan race and the Final Solution, the concentration camps, and how it was that German society enabled the Holocaust to happen. Education is key at the Museum, which has a stated aim to serve as a living memorial to inspire future generations to confront genocide and face down racial hatred.
More Info
Mon - Sun:
10:00 am - 5:20 pm
100 Raoul Wallenberg Place Southwest, Southwest Washington, Washington, District Of Columbia, 20024, USA
+12024880400 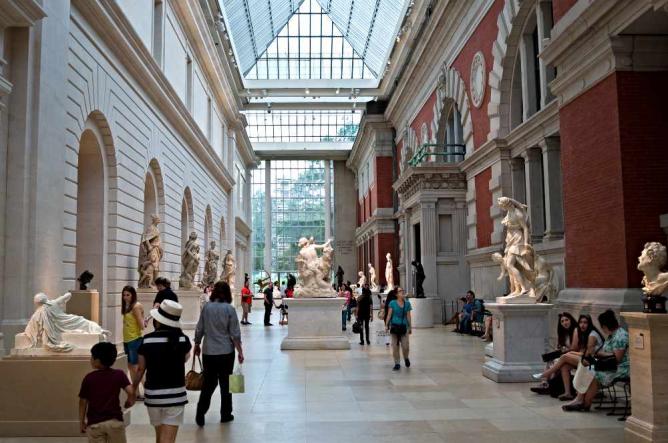 The National Civil Rights Museum is based in Memphis, Tennessee, in what was once the Lorraine Motel. There, in 1968, Martin Luther King was assassinated by James Earl Ray. Established in 1991, the National Civil Rights Museum tells the story and explains the significance of the Civil Rights movement from the resistance to slavery of the 17th century up to the present day. Using hundreds of objects, 40 films and many oral testaments, the history of the sit-ins of the 1960s and Black Power are explored. There was a major revamp of the Museum in 2013/14 – it’s now rated as one of the very best by the American Alliance of Museums and a member of the International Coalition of Sites of Conscience. 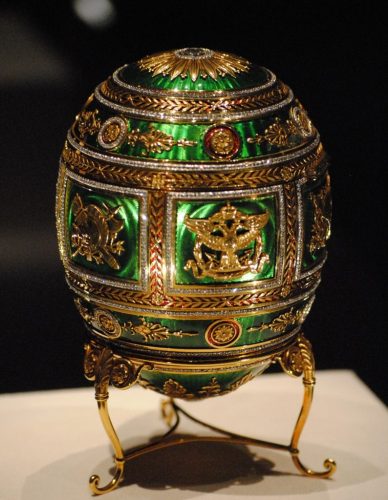 The biggest art museum in the whole USA, the Met is located close to Central Park in New York. The collections are extensive, so everyone should be able to find something to interest them whatever period of history they’re interested in. The Museum started life in 1866 as a plan hatched by Americans living in Paris. It was founded in 1870 with a Roman sarcophagus and paintings by van Dyck, Tiepolo, and Poussin. There are sections dedicated to Neolithic, Persian, Late Antique, Medieval, Babylonian antiquities, as well as Roman, Greek, and modern European art. Some of the treasures on show are the ivory and gold pistols that once belonged to the Russian Empress Catherine the Great and an astrolabe made for a 13th-century Yemeni prince.

The Getty Museum in Los Angeles, California is spread over two separate sites – the Getty Center and the Getty Villa. The Museum was founded by the great oilman John Paul Getty and is known as one of the richest collections in the world, with a focus on exploring history through the visual arts. The Getty Villa exhibitions are mainly concerned with Greek, Roman and Etruscan artifacts, with recent shows featuring Roman funerary vases, temple reliefs and hordes of silver monuments. At the Getty Center you’ll find European paintings, illuminated manuscripts, sculpture, and photography – with the most recent displays being centered on the manuscripts of Northern Italy during the Renaissance and the paintings of J.M.W.Turner.