The Sunniest Cities in the World 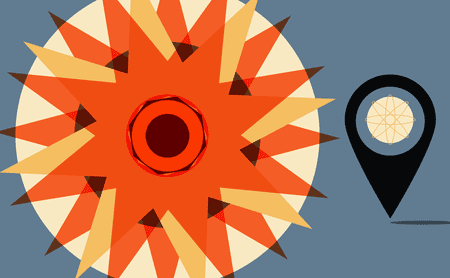 If you like knowing you have weeks of bright weather ahead of you, these 10 cities are ideal destinations | © Michaela Pointon | Culture Trip

If you’re craving some vitamin D, then why not head to one of the top 10 sunniest places on earth? According to the World Meteorological Organization’s rankings, these cities, spread across North America and Africa, are considered the sunniest in the world, based on their sunshine averages over a period of nearly 30 years. 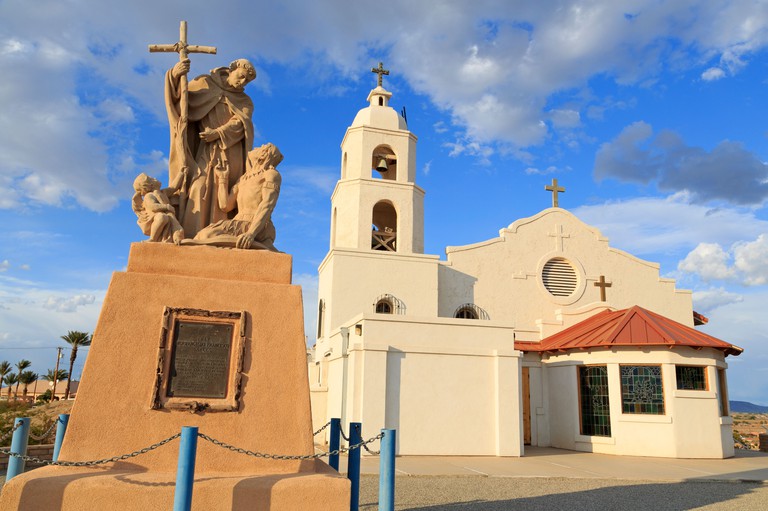 With an average of 4,015 hours of sunshine per year, Yuma, Arizona, claims the title of the sunniest city in the world. Yuma is home to around 100,000 residents and is located near the Kofa Mountain Range and wildlife refuge, making it a great place for outdoor activities. July is the warmest month on average, with a typical high of 107F (42C). In July 1995, Yuma saw a record high of 124F (51C). Located fewer than 30mi (48km) from the US-Mexico border, the city is an important trucking station for goods moving to and from Mexico.

Phoenix, Arizona, sees 3,872 hours of sunshine per year on average. The hottest month of the year is July, with highs reaching about 107F (42C) on average, and the record high being 122F (50C) in June 1990. Phoenix is Arizona’s capital city as well as its largest, with nearly 1.5 million residents recorded in the 2010 census. It is the sixth most populous city in the US and the most populous state capital in the country. Located in the Sonoran Desert, Phoenix has a subtropical desert climate that is characterized by extremely long and hot summers and short, mild winters. Known as the Valley of the Sun, Phoenix is one of the sunniest cities in the US, with more days exceeding 100F (38C) than any other city. 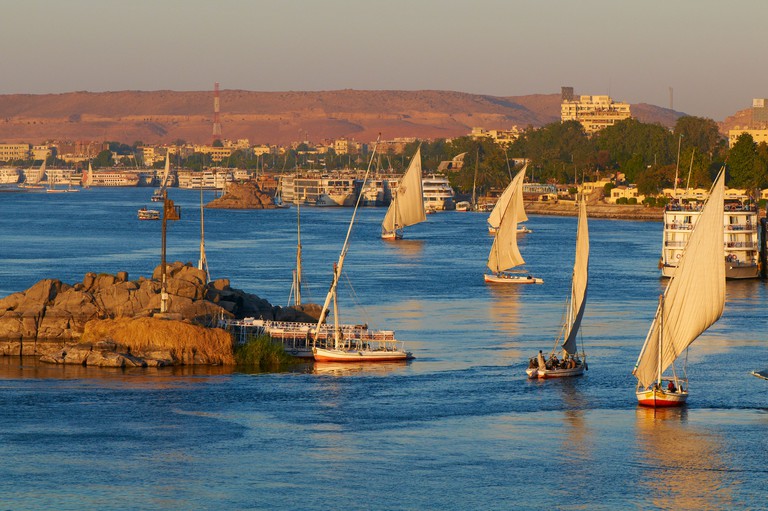 The first non-American spot on the list is Aswan, Egypt, a city with an average of 3,863 hours of sunshine per year. Located in the south of Egypt, just north of the Aswan Dams on the east bank of the Nile, Aswan is a bustling market city and one of the sunniest cities in the world outside of the US. Aswan grew as an important strategic location for Egypt, but today it’s a laid-back place that’s much less overwhelming than other popular tourist stops in the country. Aswan has a subtropical desert climate with arid, hot temperatures year-round. The average annual temperature is around 79F (26C), and rain here is rare. In the summer months (March to November), temperatures reach over 104F (40C). 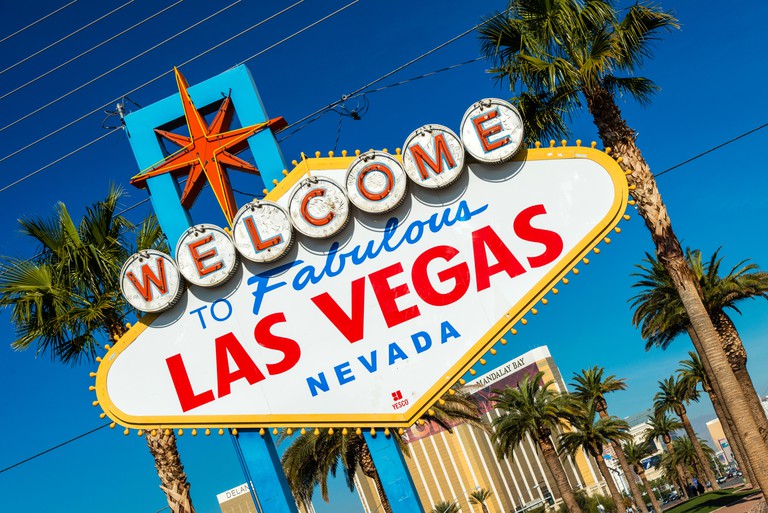 © Stefano Politi Markovina / Alamy Stock Photo
We return to the US for the next sunny city. Although it’s known for its nightlife, Las Vegas gets plenty of sun during the day. On average, the city basks in 3,825 hours of sunshine per year. The resort city, most popular for the Las Vegas Strip tourist destination, calls itself the Entertainment Capital of the World, and it acts as a sort of oasis in the midst of the Mojave Desert, surrounded on all sides by tall mountains. The rocky, arid landscape has a subtropical, hot desert climate with year-round sunshine. Every year there are 134 days on average that reach at least 90F (32C) and 74 days of at least 100F (38C).
Open In Google Maps
Las Vegas, Nevada, USA
Visit Website
Give us feedback

Dongola, located in one of the hottest, sunniest, and driest regions in the world, sees 3,814 hours of sunshine a year. The city lies on the banks of the Nile in a hot desert climate. June is the hottest month of the year, reaching 110F (43C), and the record high is 120F (49C). The laid-back city is famous for its palm groves, with hotels and restaurants mostly clustered on the main road. Visitors enjoy walks along the Nile to the ruins of the ancient Temple of Kawa, which is almost totally buried under sand.

Open In Google Maps
Dongola, Northern, Sudan
Give us feedback 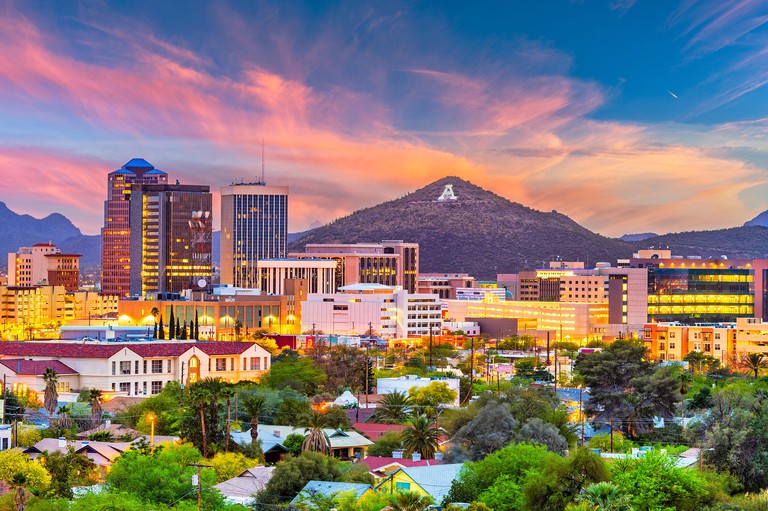 Another of Arizona’s sunny cities has made the top 10 list, with 3,806 hours of sunlight every year. With a population of more than 520,000 in 2010, Tucson is the second-largest city in Arizona by population, after Phoenix. The city is home to the University of Arizona and is 60mi (97km) north of the US-Mexican border. Because of the city’s high elevation compared to Phoenix, the weather is always slightly cooler and wetter, but its desert climate still allows plenty of sun and heat, with daytime temperatures that often exceed 100F (38C) in the summer.

Faya, sometimes still known by its post-colonial name of Faya-Largeau, is the largest oasis in northern Chad and averages 3,792 hours of sunlight per year. The city has a hot desert climate typical of the region where it is located, in the Sahara Desert. Average high temperatures between April and September reach over 102F (39C), and the city has experienced a record high of 120F (49C). Every month experiences an average sunshine duration of more than 290 hours. Rain can fall from June to September, but some years have no rainfall at all.

Open In Google Maps
Faya-Largeau, Borkou, Chad
Give us feedback 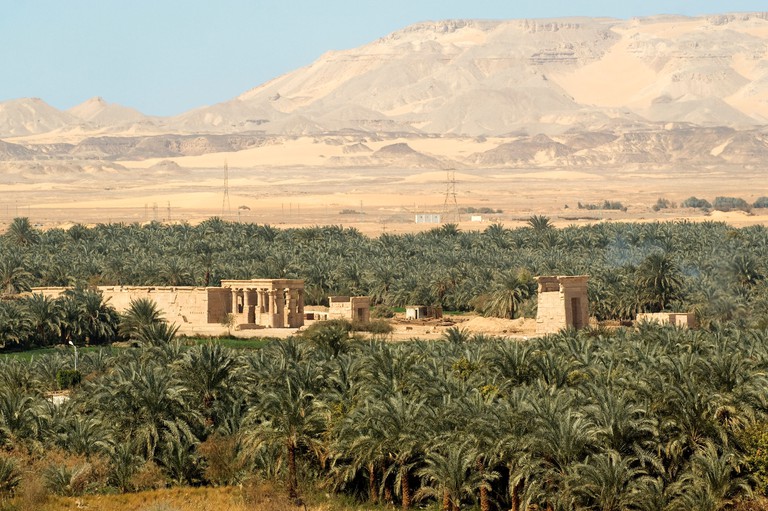 The second Egyptian city to make this list receives 3,791 hours of sunshine in a year. Kharga is located in the Libyan Desert to the west of the Nile Valley, and it is the southernmost of Egypt’s five western oases. In 2012, the population of the city was more than 67,000. June sees the most sun of the year and also has the highest average temperature, 104F (40C); the highest on record is 123F (50C). The area is beautiful at sunset, and the oasis is filled with ancient sites to visit, including the well-preserved ancient Egyptian Temple of Hibis, which is thought to date back at least as far as the 600s BCE.

The Sudanese town of Abu Hamad is on the east bank of the Nile and is named after a sheikh who is buried there and whose tomb travellers used to leave offerings to in the hope of securing their safety. The city sees 3,763 hours of sunlight every year on average, and it has a hot desert climate that peaks in temperature in June at an average high of 110F (44C). The highest temperature to date was recorded at 118F (48C).

El Paso, Texas, is located in the westernmost corner of Texas, bordered by New Mexico to the north and Mexico to the south. The city is geographically closer to Phoenix, Arizona, than it is to the capital of Texas. El Paso has the same average hours of sunshine per year as Abu Hamad, Sudan: 3,763. El Paso consistently ranks as one of the safest large cities in America, and you can enjoy the sunshine in the largest urban park in the US. The hot desert climate means arid summers and mild, dry winters, and on average, the sun shines 302 days of the year, giving El Paso its nickname, the Sun City. The temperature peaks in June, and there are typically 109 days above 90F (32C) and 20 days over 100F (38C) every year.