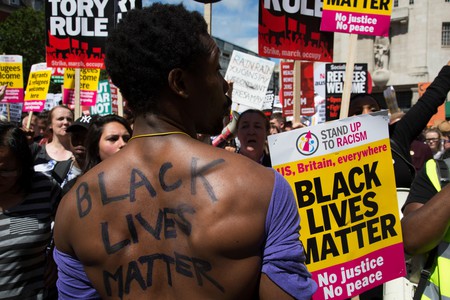 Founded by three American women of color, Black Lives Matter has become a major political movement in the US and beyond | © Michael Kemp / Alamy Stock Photo

The brutal and senseless killing of George Floyd has seen a huge reaction around the world. Here are some additional online resources to help better understand the powerful message behind the Black Lives Matter movement.

There’s no single right way to show solidarity with the black community at this critical time. Online outrage, physical protests and monetary donations are all valid forms of making your feelings known, but so is learning about some of the root causes of racism in America (as well as around the world). These bite-size TED talks explore themes that are rarely discussed elsewhere, but help explain why we find ourselves in this current situation.

Paul Rucker’s unflinching look at the tools of racist oppression doesn’t sugarcoat the past. This 2018 TED talk from the multidisciplinary artist delves into Rucker’s personal collection of artifacts connected to slavery as well as his pursuit of a pristine Ku Klux Klan (KKK) robe. As a black youth growing up in South Carolina, Rucker saw plenty of Klan rallies and knew first-hand the fear the white outfits were designed to elicit in black people across the country.

“These artifacts and objects tell stories,” Rucker explains, before highlighting how policies the KKK wanted to put into place decades ago are still in place today. “It’s not the people wearing hoods that are keeping these policies in place. My work is about the long-term impact of slavery.”

This is a concise, occasionally shocking explainer that is an excellent place to start your research.

How we can make racism a solvable problem – and improve policing

Working directly with police departments across America, psychologist and justice scientist Phillip Atiba Goff begins his 2019 talk by addressing the flawed definitions of racism that stir up unrest within the legal system. Goff proposes big ideas before delving into the difficult changes that are needed to solve the problems.

At one point this talk even proposes a hypothetical situation in Minneapolis, the city where George Floyd was killed by police officers. Goff is part of the Center for Policing Equity, an organization aiming for radical change in the way crime, racial bias and policing are measured, in order to enact change. These are big problems that will be tough to tackle, but now more than ever, they have to be addressed. 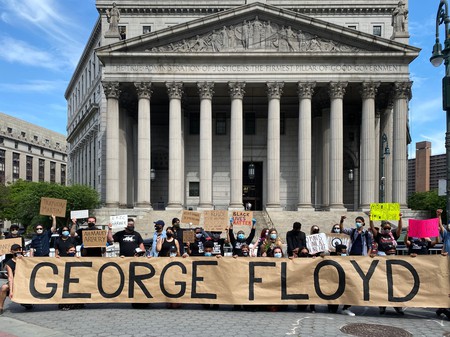 The urgency of intersectionality

Kimberlé Crenshaw opens her 2016 talk in a phenomenally engaging manner to highlight the specific issues faced by black women who are often left to suffer in virtual isolation. Gender and race bias are exposed in this video and Crenshaw explains the term “intersectionality”, which she uses to describe this phenomenon.

Social justice advancements in recent years haven’t eliminated the prejudices faced by black women in every aspects of their lives, and Crenshaw highlights a troubling example of injustice in the workplace that first inspired her to develop her intersectionality theory.

Racism has a cost for everyone

The moral obligation to confront racism rarely addresses the economic impact of divisive policies. Writer Heather C McGhee has traveled across America and researched the literal cost of racism.

Heather’s talk starts with her chance interactions with a white man who proclaimed his bias but also stated that he wanted to change. This conversation, which later led to an unlikely friendship, revealed how racism had caused real decline in the amount of public spaces in every location where it reared its ugly head.

As the world deals with an inevitable economic decline in the aftermath of the coronavirus outbreak, McGhee’s talk from 2019 exposes what happened the last time such a shock to the financial structures we all rely on occurred, during the banking crisis of 2008.

An interview with the founders of Black Lives Matter

It started with a social media post before evolving into one of the most important movements in the world today, but what lies at the heart of Black Lives Matter?

The three founders of the movement – all of whom are black women from the United States – speak to family activist Mia Birdsong about what the term really means and where it came from. It’s a hashtag (often abbreviated to BLM) we see all the time, but it’s fascinating to discover where it came from and how best to express it. Alicia Garza, Patrisse Khan-Cullors and Opal Tometi have a clear message that also highlights global racism as well as the persecution and disparity on their own doorsteps. 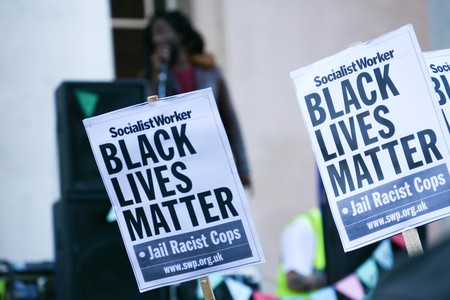