Surfing Stories of Terror and Transcendence 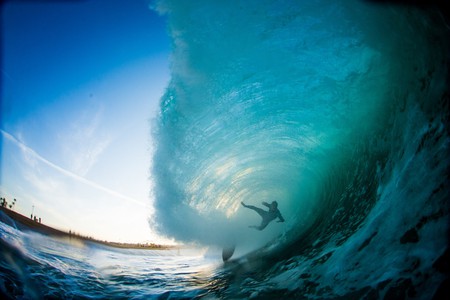 Hiding beneath many of the world’s most famous azure swells are jagged, cavernous reefs with the ability to shred flesh and crack skulls. Serious injury, and potentially even death, are an occupational hazard for pro surfers, but that risk is part of why gliding effortlessly inside the barrel of a 10 foot wave feels so transcendent and otherworldly. Here, Volcom surfers recount their brushes with mortality and moments of euphoria while grappling with gargantuan waves.

We went over to Desert Point on Lombok, and we’re sitting there getting lunch. There’s a commotion out on the water and I saw them put somebody on a board and I immediately got up and swam out to them. This dude had smashed his face into the reef. From the side of his nose all the way down to his lip was in half, and there was a golf ball indent above his eyebrow. He was unconscious and blue at the time.

We got him to the beach and we were doing CPR on him, and he started convulsing. I was like “OK, get him on his side”, and he started puking up all the water and foam. There was just so much blood coming out. Slowly he started getting little breaths and almost came back. His two buddies took him to the hospital and I heard yesterday they’ve started some surgery. They’re trying to get him to Jakarta, but he’s in a stable state now. It’s hard to get that out of your mind, but at the same time you really can’t be thinking about it while you’re surfing and while you’re living. 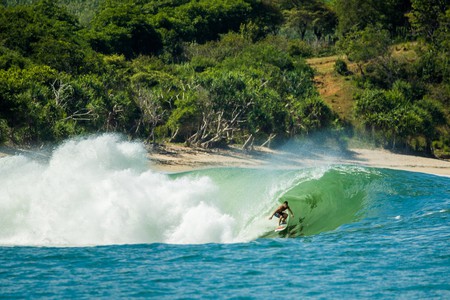 The scariest and the best moments of my life were both at Pipeline in Hawaii. It’s kind of like a wolf pack — you have your position right? At the top are the locals and the guys from the World Championship Tour and then come us professionals and semis. And you can wait there five hours and not catch a single wave because there are so many people. I was there waiting one time and I was so over it, but then this wave comes that nobody went for and I was like “This is my turn.” I was going down the wave and I suddenly realized why nobody went — because it was a close-out, the whole thing just dumped. The wave just, like, ate me. I flipped over it and boom — hit the reef. My body felt like butterflies and everything was slowly going dark. I blacked out and when I woke up I was holding my board. I got to the beach, touched the back of my head and it was all full of blood. My whole hand was covered and I was so scared I fainted again. It was a close call.

There are two Volcom houses at Pipeline — the small house and the big house, where the big guys get their room. Pipeline is where you prove yourself. It’s the colosseum of surfing. If you get really good waves — or if you get “the bomb”, they call it — you slowly get your spot in the big house, and that’s everyone’s dream. So there’s this big wave and nobody could catch it, but I was right there and I got in the barrel and it just spat out. I was so happy and everyone’s on the beach clapping. I got to the shore and the Volcom manager is like, “Hey, that was sick! Grab your shit and go to the big house. I’m serious!” There was a whole story about it and it was in magazines. That was a a good feeling for sure. 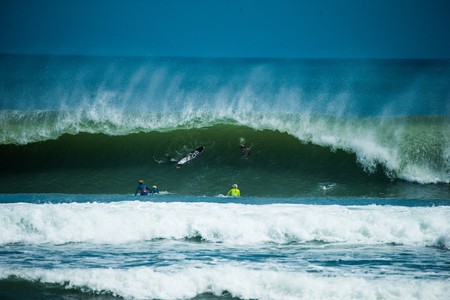 I was in Arica, Chile — a contest spot where they used to do the championships. I went for a surf trip with a photographer, and we get there a day before the comp and we start surfing it. It was one of the best waves in the world, it was so good. Every day I was catching a good wave. Every day [when] I was walking from the hotel to the spot I was like “Let’s go! Gimme more, gimme more.”

But it was always in free-surfing, not in the competition heats, that I was getting the bomb. I wanted to get it in the contest, so when that came around the judges start to talk to all the contest boys and they say, “You wanna go for your heat? There’s no jet ski for security and [the waves are] getting bigger and bigger.” And the other boys say no, but I went and I caught one. It was the best wave of my life. It was super deep and I did five pumps inside the barrel. I came out and the whole contest area was clapping and whistling and I couldn’t believe I made this barrel. I asked them “Did you get it on video?” and they were like “No bro, we didn’t.” But I’ve got the memory and I was so happy about it. 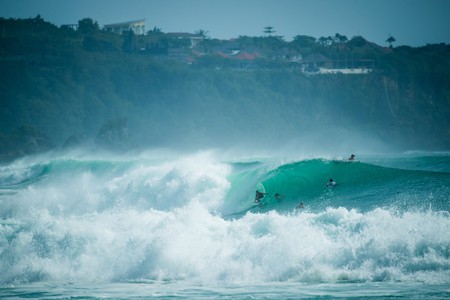 I was like 13 years old, surfing in Puerto Rico. You know how when you’re in the barrel, it kinda swirls? I was in there and I guess this big round buoy got sucked over and hit me in the forehead and knocked me off my board. It was the craziest feeling ever because I started tingling like in the cartoons, like boing! It was super weird. I tried to move and right then it stopped. I popped up and went to touch my head and felt a huge hole. It was a huge gash with blood just coming down. I started screaming for help and my brother pulled me out of the water. An ambulance came and took me to the hospital and I had to get, like, six stitches on the outside and six on the inside. At the time I was like “That was hardcore and I’m never going surfing again.” It was definitely scary.

The best feeling in the world is when you’re in the barrel and it spits. For a second everything just seems to go into slow motion, ya know. It’s crazy, I don’t really know how to describe it. It’s like time travel, like entering another dimension. Just effortless. It’s why we all keep surfing. 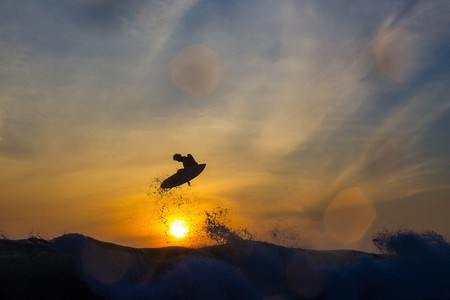 One of my scariest moment shooting surfers was in Mexico last year. It was the first day and the water was pretty big and stormy. When I got in the water it was so strong that it kept sucking me under. I got sucked all the way out to sea and, like, dragged three miles down the beach. I was just taking 10 foot waves on the head. I was underneath just getting rolled, basically. And then I was like, I need to body surf and let it take me in and luckily one really big one came and just pushed me all the way [to the shore]. It was scary, I was seeing stars and totally out of breath. I was in the ocean for maybe an hour, but it took me another hour to get back. There was nobody around because it was so early, but eventually I managed to hitchhike back. Everybody thought I had drowned.

One of the best images I’ve ever taken was in the Los Angeles South Bay area. It was pouring rain and [the waves] were probably like eight foot. There were a couple of guys out there and one dropped in on this wave just as I was done. I was swimming in and I looked over and this guy named Matt Pagan was in this perfect tear drop barrel. It was so big and so wide. It ended up getting run in Surf Magazine, and it was probably one of the best images I’ve ever taken. 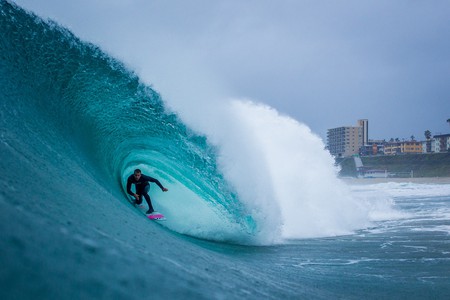 Luke Forgay | Volcom
Give us feedback