Stevie Wonder, born Stevland Hardaway Judkins on May 13, 1950 in Saginaw, Michigan, is undoubtedly one of the most influential singer-songwriters of the late twentieth century. Wonder, who went blind after receiving too much oxygen in the incubator as a premature baby, spent his early childhood years surrounded by music, singing with a church choir in Detroit and teaching himself to play various instruments, including the harmonica, piano and drums by the age of ten. 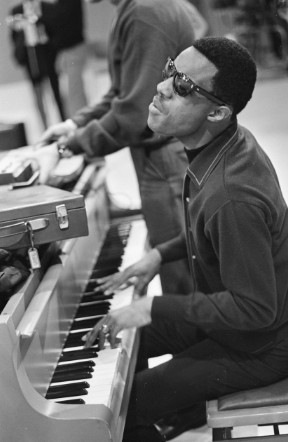 Rehearsing for a performance on Dutch TV in 1967

Wonder was first discovered by Motown band, the Miracles – shortly after, he auditioned in front of Motown founder, Berry Gordy Jr.. He was signed that year under the name ‘Little Stevie Wonder,’ releasing his first album, The Jazz Soul of Little Stevie Wonder, in 1962 – an instrumental album meant to show off his musical talent. Later that year, Wonder released an album dedicated to Ray Charles, Tribute to Uncle Ray, where he covered a list of his most popular songs; he released a live album, Little Stevie Wonder Recorded Live: the 12 Year Old Genius, which launched him into stardom, granting him national recognition with the song ‘Fingertips Pt. 2’ becoming his first number one hit song.

After dropping the ‘Little’ in his name in the mid-1960s, Wonder continued to churn out chart-topping hits on both the R&B and pop charts, including ‘Uptight (Everything’s Alright),’ a cover of Bob Dylan’s ‘Blowin’ in the Wind,’ ‘I Was Made To Love Her,’ ‘Shoo-Be-Doo-Be-Doo-Da-Day,’ ‘My Cherie Amour,’ ‘Signed, Sealed and Delivered,’ a cover of the Beatles’ ‘We Can Work It Out,’ and ‘You Met Your Match’ – which he helped to co-write. It wasn’t until the 1970s that he really flourished as a musician – after renegotiating his contract with Motown, Wonder was granted more musical freedom on his records: the release of Music of My Mind, his first album to contain only songs written or co-written by himself, marked the beginning of his songwriter era. 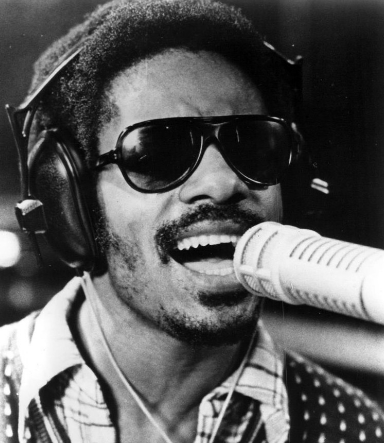 The 1970s is said to have been Wonder’s best decade, with the release of his four most influential albums: Talking Book (1972), which included the two number one hits, ‘Superstition’ and ‘You Are The Sunshine of My Life;’ Innervisions (1973), with the two number one R&B hits, ‘Higher Ground’ and ‘Living for the City;’ Fulfillingness’ First Finale (1974), with the number one pop / R&B hit, ‘You Haven’t Done Nothin” and the number one pop hit, ‘Boogie on Reggae Woman;’ and Songs in the Key of Life (1976), which included two pop and R&B number one singles, ‘Sir Duke’ and ‘I Wish.’ Songs in the Key of Life is said to be one of Wonder’s greatest records of all time, ‘covering everything from ethnic diversity in the US and fantastic utopian communities to vengeful relationships and transcendent love.’ During this era, he was awarded 15 Grammys, with Innervisions, Fulfillingness’ First Finale and Songs in the Key of Life all recognized as album of the year. Wonder also worked with many respectable musicians like Minnie Riperton, the band Rufus, and Jackson 5, and his repertoire would include multiple covers in the future by big names like Aretha Franklin. 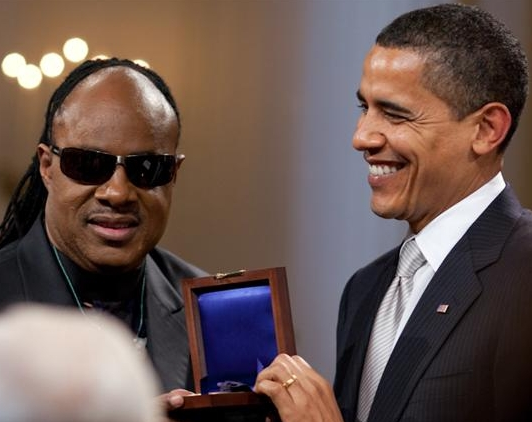 While the 1970s were Wonder’s most successful decade, he continued with his musical endeavors into the late twentieth century, releasing successful singles, like the Paul McCartney duet, ‘Ebony and Ivory,’ a greatest hits compilation titled Stevie Wonder’s Original Musiquarium I, and the soundtrack for the film The Woman in Red, which featured the massively popular hit single ‘I Just Called to Say I Love You’ – said to be Motown’s greatest international hit of all time, also winning an Academy Award.

Stevie was inducted into the Rock and Roll Hall of Fame in 1989, earned two Grammys in 1996 for the song ‘For Your Love’ and received the Grammy Lifetime Achievement Award that same year. He has also been known to publicly advocate on social issues and, through his music, for inspiring the movement that would make Martin Luther King Day an official holiday. He has contributed to records benefitting AIDS research, advocated for improved services for the disabled and visually impaired, and was named a United Nations Messenger of Peace in 2009. Wonder was awarded the Gershwin Prize in 2009 and the Presidential Medal of Freedom in 2014 from President Barack Obama. 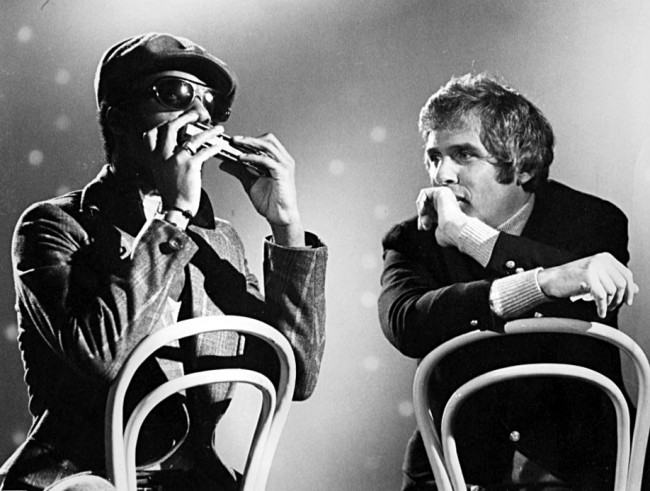