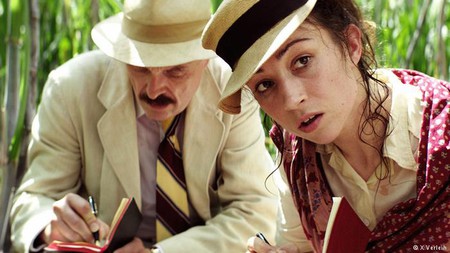 Maria Schrader’s remarkable World War II-era drama Stefan Zweig: Farewell to Europe contains a message for anyone who thinks Facebook posts are a sufficient way to protest authoritarianism and injustice.

Social media has made it far too easy for people to rail against the latest political outrage without getting their feet wet. Originating or sharing a post or tweet that attacks injustice or mocks a malefactor salves the conscience momentarily and, more to the point perhaps, ostentatiously announces to your friends that you support the right causes.

Many of us do this knowing that pragmatic action alone can effect change. That takes resolve, dogged persistence, and often putting yourself on the line, even sometimes in harm’s way.

The last place you’d expect to find a topical critique of passive activism is in a film about Stefan Zweig, the eminent Jewish Austrian novelist, biographer, and playwright who was forced into exile in 1934 by the rise of Nazism. 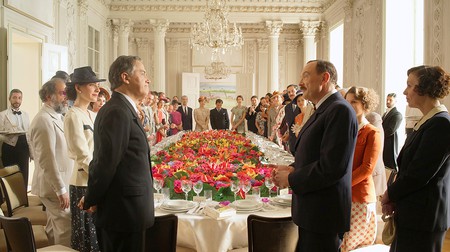 The film doesn’t delve into Zweig’s oeuvre as a fiction writer or explain why this friend of Sigmund Freud and Arthur Schnitzler was so perceptive about women and issues like sexual repression and the torments of the heart, which he invariably linked to social upheaval. Schrader’s focus is Zweig’s struggle to find meaning in a world engulfed by evil and to reconcile his uprootedness with the loss of his charmed life among the Viennese intellectual elite.

In the mid 1930s, Zweig was one of the most celebrated writers in the world—perhaps only Thomas Mann was more famous. At a lavish reception at Rio’s Jockey Club in August 1936, Zweig (Josef Hader), accompanied by Lotte (Aenne Schwarz), is feted by the Brazilian Foreign Minister Macedo Soares (Virgilio Castelo) and gives a speech praising Brazil’s multiracial harmony.

At an international writers’ conference in Buenos Aires the following month, Zweig is embarrassed by a fellow author’s self-congratulatory denunciation of Nazism and melodramatic gestures of solidarity with persecuted and exiled writers. Zweig resents being singled out and photographed as if he were a martyr.

In Bahia, Brazil, in 1941, the provincial mayor (João Didelet) who welcomes Zweig during his lecture tour makes an error of tact when he says the European war is a blessing because it’s allowed the author to write a book about Brazil. He compounds his faux pas by having a brass band play “The Blue Danube”—a well-meaning gesture that brings home to the Zweigs their alienation from their homeland. 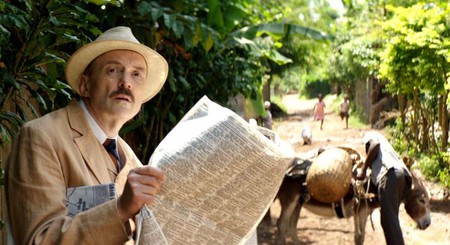 The couple then proceeds to New York City for a reunion with Zweig’s gracious, supportive, and no doubt long-suffering first wife Friderike (Barbara Sukowa) and her daughters, and onto Petrópolis, north east of Rio de Janeiro, where they made their final home. The German editor Ernst Feder (Matthias Brandt) and others try to bring Zweig comfort by absorbing him in daily life in the idyllic spot, but the separation from his homeland and the anguish of living in a shattering world proves too much for both him and Lotte. In its quiet way, the film’s final sequence is devastating.

It is in a Buenos Aires restroom following an interview with a group of international journalists that Zweig makes comments that should give contemporary slacktivists pause for thought. Zweig’s reluctance as a pacifist intellectual to criticize Germany for the rise of Nazism either publicly or in his work—to write out of hatred—prompts one of the journalists, Joseph Brainin (André Syzmanski), to hector him for a statement attacking the Third Reich. 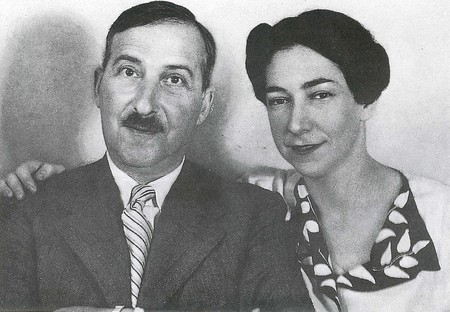 “You and me are not only far away, for the moment, we are among the few who have nothing to fear,” Zweig reasons with Brainin. “That’s why we should avoid polemics. I will not pass judgement on the other side of the world in a room full of like-minded people. It would be obscene and meaninglessly fade away. Every gesture of resistance which is void of either risk or impact is nothing but a cry for recognition.”

Fascism could not be defeated by turning the other cheek, of course. If Zweig didn’t have the stomach to make a fight against fascism, he was entitled to make a dignified exit. Others, with more hope and will, fought on.

However, Zweig’s words are worth keeping in mind every time one makes a Facebook post that takes a potshot at an irresponsible or overreaching President, official, or organization. It is hardly dynamic to make “a cry for recognition” by preaching to the converted in the dark of cyberspace where it will, in all likelihood, “meaninglessly fade away.” That doesn’t mean we should stop protesting on social media, but we should be prepared to back it up with action. There are times when we all need to get our feet wet.