Moments That Changed the Way We Travel: A Timeline 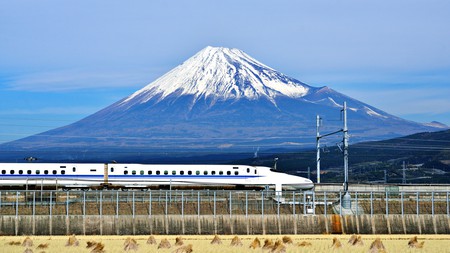 The only thing guaranteed in life is change. A single invention has the power to change the course of history, as does a disaster – take the way Covid-19 is playing out in front of us. Sometimes we lose sight of that – the present moment feeling eternal, which isn’t a bad thing in an age of mindfulness. As a reminder of such change, Culture Trip looks back on the past 200 years to reflect on significant moments that altered the world of travel for good.

It was more than two centuries ago that a Cornwall-born inventor and mining engineer called Richard Trevithick would complete the first iteration of a train – little did he know how central it would become to our everyday existence. The high-pressure “puffer engine” he patented was the first steam-powered locomotive engine on rails. Come 1829, another fellow, this time by the name of Robert Stephenson, who would later become known as the Father of Railways, designed the Rocket, an early locomotive of 0-2-2 wheels. It’s arguably one of Britain’s greatest feats of engineering and it set the wheels in motion for more to come. 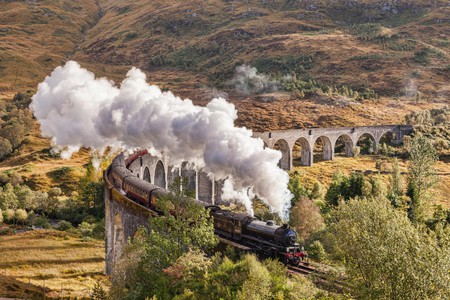 After British engineers had conquered trains above ground, in 1863 they turned their attention underground. Construction for the present-day Transport for London network began below the streets of London in the 1860s, with the first gas-lit wooden carriage – hauled by steam locomotives – leaving the station in 1863. Its inaugural route? Paddington to Farringdon. It was an instant hit, with 38,000 passengers reportedly travelling on its first day. Fast-forward to 2020, and some 5m passengers rely on its labyrinth of 11 routes daily. These routes, laid out like a circuit board, might look confusing at first, but ask any Londoner, and it doesn’t long to master the map. 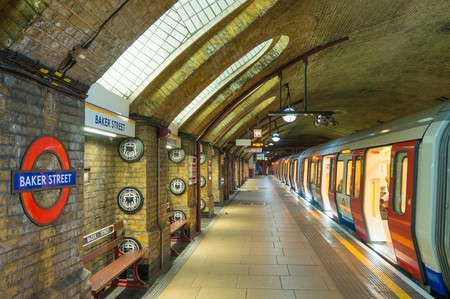 Construction of the London Underground began in the 1860s | | © eye35.pix / Alamy Stock Photo

A century on from train innovation comes the first aircraft to make a controlled flight. It was for 12 seconds, travelling 120ft (37m), and it was a massive feat for American aviation pioneers Orville and Wilbur Wright. Many aviators tried to get their inventions off the ground around the same time – and for that reason there is some debate as to who, indeed, was the first to achieve a seamless flight. Some make a case for German aviator Gustave Whitehead; in 1901 a newspaper reported that he had completed a flight in Connecticut. Meanwhile, others argue that it was Brazilian inventor Alberto Santos-Dumont; in 1906 his kite-like contraption flew some 220m (722ft) in Paris. Let your inner conspiracy theorist run wild.

We have actors Leonardo DiCaprio and Kate Winslet – along with a stellar soundtrack from Celine Dion – to credit for bringing to life the tragic sinking of the RMS Titanic in 1912. It was in the early hours of 15 April that the world’s then-largest man-made “unsinkable” ship struck an iceberg, just four days into her maiden voyage from Southampton, UK, to New York. Travelling over capacity, with 3,300 people on board, the ship only had lifeboats for a third of them. Only 492 passengers and 214 crew survived. As a consequence, ship design changed, an International Ice Patrol was established, and liners always travel with enough lifeboats. 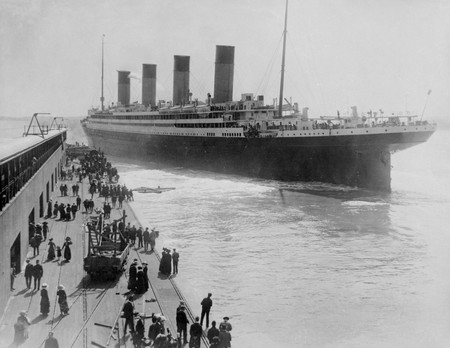 Flying a modified World War I Vickers Vimy bomber, British aviators John Alcock and Arthur Brown went where others could never have imagined: across the Atlantic Ocean. In 16 hours, they flew from Newfoundland, the most easterly province of Canada, to Cliften in Ireland. Then, in 1927 – propelled (pardon the pun) by his doubters – Charles Lindbergh became the first pilot to fly solo non-stop across the Atlantic, from New York to Paris, in 33 hours. Five years later, Amelia Earhart became the first woman to make the solo trip.

1952: a golden age of air travel is born as BOAC goes commercial

By the 1950s, aviation had come a long way from The Wright Brothers’ Flying Machine. The British Overseas Airways Corporation made another world first: a commercial jet service, designed by British engineer Geoffrey de Havilland. Enter a golden age of air travel. Well, for wealthy celebrities and politicians, at least. It was an affair to get dressed up for: think Sunday best and fine jewellery, with lobster and champagne on the menu. The flight that kicked off this era of luxury jet travel journeyed from Johannesburg to London, and the rest is history – with flying today a far cry from this once-elusive and rather chic club. 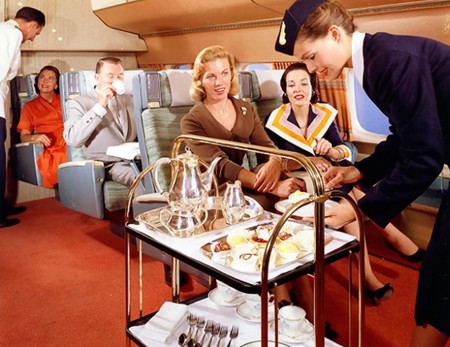 The concept of high-speed rail isn’t anything out of the ordinary for us today. Fancy going to Paris from London? The Eurostar will get you there in just over two hours. How about Paris to Champagne? That will be 40 minutes on the TGV. But pre-1964, the idea of such speedy land-based travel would have been unfathomable – until Japan unveiled a high-speed rail system called the Tōkaidō Shinkansen. Complete with their signature bullet noses, the first of these trains travelled at 210kph (131mph), while trains on that same network can reach a speed of 320kph (199mph) today. Though this still isn’t enough for the Japanese, who are set to unveil an even faster version in 2030. Speedy Gonzales.

1969: the Jumbo Jet brings affordable flying to the masses

1969 was a big year: as Commander Neil Armstrong became the first person to set foot on the moon, a Boeing 747 Jumbo Jet 231ft (70m) long, took to the skies with 490 passengers on board. It quickly became known as the Queen of the Skies and a gateway for the masses to travel affordably – now package holidays in warmer climes were calling. The airliner retained its title of the largest civilian plane until 2007, when the Airbus A380, with its gargantuan 868-passenger capacity (and encore of screaming babies guaranteed), came along and nabbed the accolade. Concorde also made its first flight in 1969 – but, notoriously reserved for an exclusive jetsetters’ club, its impact could never match that of its jumbo sister.

For that annoying voice we all know and love so well that tells us to “take the first left at the roundabout” three times more than we need to hear it, we have the American scientist and inventor Roger L Easter to thank. And while GPS has its roots in the Sputnik era (the first artificial earth satellite, launched by the Soviet Union in 1957), it wasn’t until 1974 that it hit our roads. In collaboration with Naval Air Systems Command, Easter created and patented a 24-hour satellite GPS called Navstar. Back then, it was the best thing since, well, physical road maps. Sorry, road maps.

A destination is always more in demand when Unesco confers World Heritage site status upon it. This recognition is based on whether it offers “outstanding universal value” in terms of geographic and historical significance. Drawn up in 1978, the first list included just a dozen sites (dubbed “properties”) such as Yellowstone National Park in the United States and the Galápagos Islands in Ecuador. It served as the first benchmark of must-visit locations, and the bucket list as we know it was born. Today this ever-fluctuating list includes just shy of 1,000 sites, among the most famous of which are Machu Picchu in Peru and the Taj Mahal in India. 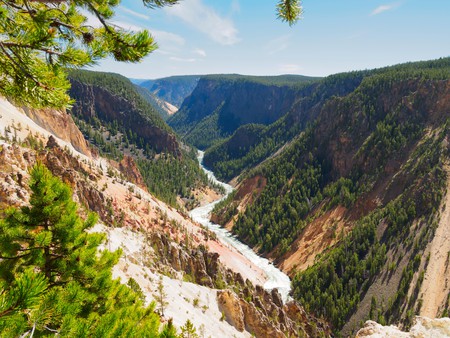 2001: 9/11 attacks shakes the world and collective confidence in flying

On 11 September 2001, two hijacked airplanes smashed into the twin towers of the World Trade Center in New York, with a third hitting the Pentagon in Washington DC. Almost 3,000 people were killed, and the date is now observed as an annual day of mourning. It shocked the world – as well as the US economy, which fell sharply, and battered global confidence. People lost their faith in flying, and flying itself became an altogether different experience. Security became paramount: liquids were inspected any over 100ml (3.4 fl oz) were confiscated; pat-downs and body-scans became the norm; and unattended pieces of luggage were considered a serious threat.

The idea of travelling to outer space used to be reserved for highly trained astronauts and TV characters like The Jetsons. That is, until Sir Richard Branson had a grand idea. Following his Virgin conquests of air (Virgin Atlantic), land (Virgin Trains) and sea (Virgin Voyages), the entrepreneur turned his attention to space. He called this new venture Virgin Galactic. The idea? To take us mere mortals out into the big void ourselves. In 2018, the first suborbital flight took three people into space, and 2020 is set to be the year in which commercial space travel really takes off, with SpaceX, Boeing and the European Space Agency all vying for first dibs. A whole new space race is on.

2020: Covid-19 sweeps across the globe and self-isolation becomes the new normal

As we waved goodbye to 2019 and rang in the new decade, we did so with optimism. But it quickly dwindled. First came the Australian bushfires that burned 5m hectares (12,355,270 acres) of land, killed 500m animals and at least 17 people. Then, Covid-19. A member of the coronavirus family, it’s thought to have originated in a wildlife market in Wuhan, China, in December 2019 – but it wasn’t confined to the Chinese province for long. By April 2020, it had spread across the entire world, starting with one or two cases in each country, before multiplying and infecting millions. In an attempt to stop this unknown entity in its tracks, retreating indoors and self-isolating are the new normal. Borders closed, airlines ceased operations, and trips beyond the front door were restricted to essentials only. A first in recent history, we’re truly in uncharted territory. 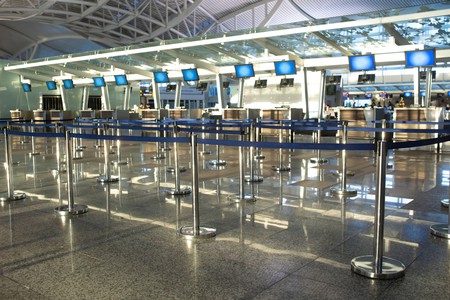