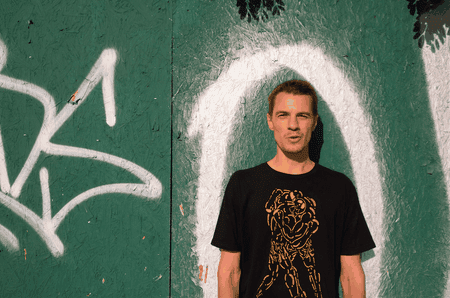 Ted Barrow is not just another uber-hip skater who can pontificate about street art and land a backside heelflip (if you live in New York, you know the type of guy I’m talking about). Barrow is a curator at the Hudson River Museum, and an art historian working towards his Ph.D. He’s also the creator of the Instagram account SwitchbackFeedback or @feedback_ts. This is the age of the sharing economy, crowdsourcing, and peer monitoring (also known as social media trolling) so Barrow’s SwitchbackFeedback account makes perfect cultural sense. And, as skaters still subscribe to an anti-authority worldview, go figure that SwitchbackFeedback is totally user-generated and moderated by Barrow, who is indeed a critic, but also a peer. 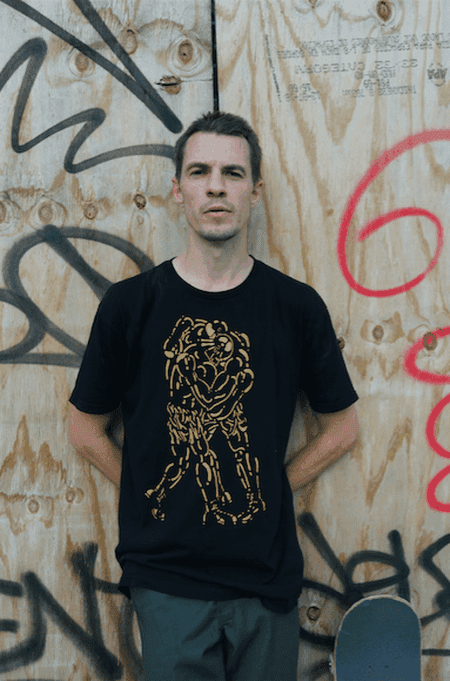 Here’s how SwitchbackFeedback works: Users DM the account footage for Barrow’s appraisal of tricks performed and the skater’s wardrobe choices. The relationship between fashion and skating has evolved over the past two decades; if you doubt me, you’ve missed the news that The Carlyle Group invested $500 million in Supreme, and values the label at $1 billion. Although skate culture has gone corporate, accounts like SwitchbackFeedback are a nod and a wink to the “glory days” of skating when there was no need for inside jokes, because there were no outsiders. Today, Barrow keeps those inside jokes (and jabs) alive.

The rules: Only skatepark footage allowed. If you disregard this imperative, your footage will not be critiqued; instead Barrow will proffer a story about his wild adventures with ’90s skate pros. Also, Barrow insists that his critiques are totally arbitrary and meant to entertain. Reminiscent of the Bumbys, who reached notoriety in the late noughties with a “fair and honest appraisal of your appearance,” Barrow’s reflective critiques demonstrate the art of talking shit.

Here’s what he has to say about running the account.

Culture Trip: Your critiques are blunt and witty—both on the style of tricks and the style of the skater’s outfit. Why go in the direction of clothing when critiquing skate footage?

Ted Barrow: I think both are equally arbitrary and important. Skateboarding has always, for me, been self-evident to its audience, who are other skaters. So the role of a critic, as an intermediary between the work of art or performance and the public, is not necessary within skateboarding. That said, skateboarding has always been about critiquing itself, and refining through critique, so that’s where I kind of come in.

CT: What’s the relationship a skater has with his clothing?

TB: Well, since skateboarding isn’t really a team sport, there are no official uniforms, but of course, this idea can be nuanced. The first requirement is function: you have to be able to skate in your clothes. That said, you can actually skate in almost anything. The next requirement is probably alignment: you want to dress like the skaters you admire—your crew. This is an important aspect that often gets overlooked. Finally, brand allegiance—skateboarders are neurotically particular about their equipment (and clothing serves this purpose, often), so the thickness of the sole of your shoes, the looseness of pants, breathability of shirts, all come into play.

CT: What, in your opinion, is the difference between style and fashion?

TB: In skateboarding, it is very specific: style is form, fashion is performance.

CT: What does a skater’s outfit convey about his style of skating?

TB: Well, there are two types of skaters: the ones who can wear anything and look cool because they’re so talented, and the guys who think a little bit more—if not altogether too much—about how they dress. For the latter group, a skater’s fashion reveals his influences—musical, cultural, sartorial—and his preference for a certain kind of skating. For example, if a skater is still wearing tight pants in 2017, he either skates huge stairs and handrails, or, when paired with a leather jacket and a heavy metal shirt, never leaves the skatepark. There are of course exceptions to this rule, but we generally tend to be pretty easy to pin down, clothes-wise.

CT: How has skate style changed throughout the decades?

TB: In the ’70s it seemed to be influenced by surf culture—the whole Ted Nugent thing: short shorts, long hair, tan skin. Then it kind of got punk, New Romantic, New Wave towards the early-to-mid-’80s. When I started in the late ’80s, there were still vestiges of punk and New Wave, but there was also this new sort of volleyball athleticism thing happening, with big prints and elastic waistbands. Early ’90s were a fecund nadir for skateboarding, and we wore enormous brightly-colored jeans and raver shirts, big graffiti-inspired logos. [It was] awkward: half BET/Yo! MTV Raps, half Rave. By the mid-’90s, skateboarding started to reel itself in, and preppy stuff (slimmer, light denim, white shirts, Polo) started to determine the fashion, while the tricks themselves got cleaner and more refined.

The late ’90s saw a return to weird tech club gear/wannabe athletic stuff, and then the internet happened and everything got mixed up. The culture sort of plateaued once information became freely available. That said, it’s an interesting time to comment on skateboarding, because this is the first time it has really become self-referential, and younger skaters are interested in mining and copying the past.

CT: Skating has always been anti-authority, but in the past couple years has been much more coopted by high fashion the way subcultures often do. Thoughts about this?

TB: Eh. Being that it was promoted as a Southern-Californian toy and disseminated through print-magazines and trade shows, it has always been co-opted. Yes, the act of skateboarding is sort of radical, but the industry has always submitted to the dominant hegemony. Eh.

CT: Do you think kids will wear any brand that will sponsor them, or are they more discerning?

CT: Is there a skate uniform you totally approve of and why?

TB: Ethan Fowler when he first got on Stereo in 1994: White T-shirt, Dickies, Half-Cabs. Simple, classic, perfect, and under $75.

TB: Every era has a worst-ever, but for me, the stretch jeans thing—which I was totally into at the time—was pretty bad, just because it was lazy.