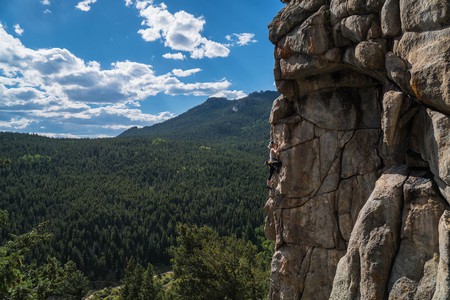 While you’re tentatively moving hand then foot, focusing on ascending without glancing down, it might not have dawned on you that rock climbing is wonderful for your mental health. According to a recent study, time on the rock-face (or indoor wall) is incredibly effective at combating the symptoms of depression.

Everybody knows exercise is a great pick-me-up when you’re feeling emotionally subpar, but the benefits of rock climbing go beyond a rush of endorphins.

Researchers from the University of Arizona studied 100 depressed individuals in Germany after introducing them to a bouldering program—a less challenging form of rock climbing performed without the use of ropes and harnesses. Fifty participants began bouldering at the start of the study—clocking up three hours a week each—while the other 50 were asked to wait before beginning their bouldering program.

Intermittently, the researchers tested the participants’ depression levels using Beck Depression Inventory—a self-reported psychometric test—and found that the group who began bouldering from the get-go had improved by 6.27 points—the equivalent of going from moderate depression to mild—while the delayed group only improved by 1.4.

Speculating on why the activity appeared to be so effective at quashing the blues, the team concluded it must be thanks to rock climbing’s unique combination of physical exertion, camaraderie (it’s a very social activity), and mental concentration. 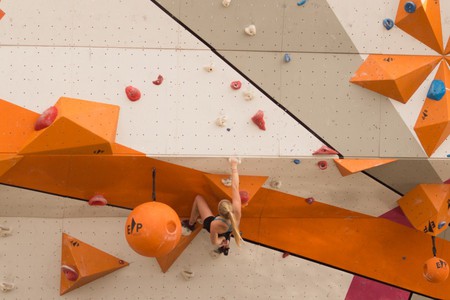 “You have to be mindful and focused on the moment. It does not leave much room to let your mind wonder on things that may be going on in your life—you have to focus on not falling,” University of Arizona researcher Eva-Maria Stelzer told her college news site. In other words, you enter the kind of deep meditative state that most master yogis can only dream of.

Rock climbing is also an activity that promotes what many people refer to as “flow”—the sense of being in the zone. In this euphoric state of effortless, absorption time seems to pass more quickly. It’s the psychological holy grail.

So, in summation, rock climbing increases your fitness and strength, boosts you social life, calms your mind and induces a blissful feeling of flow. Now might be the time to take up a new hobby.