Vivian Maier took over 100,000 photographs throughout her lifetime, displaying a genuine predilection for human life. However, much of the intrigue that surrounds her is targeted towards the artist herself, given that Maier failed to reveal any of her work throughout her lifetime. Notoriously, she purposely kept her avocation hidden from the world’s view. Now after the unforeseen discovery of her work, she is rightly regarded as a prolific documentarian of 20th-century American culture. 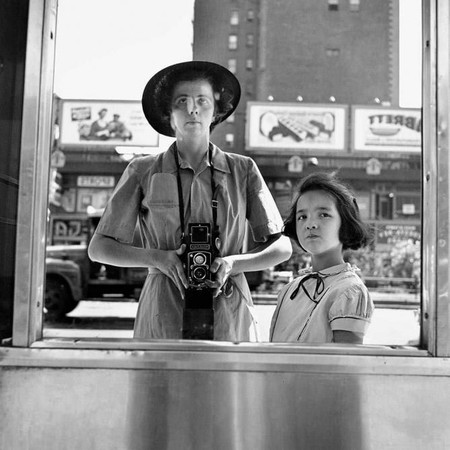 The possibility of unearthing treasure in the modern age is a thrilling thought. Either deliberately or unwittingly, many in the past few years have discovered caches of treasure. However, John Maloof placed a $380 winning bid, at an auction house across the street from his home in 2007, on a box containing photo negatives of 1960s Chicago street life. He was in the process of writing a book on the city of Portage Park and hoped to purchase nostalgic photographs of its past. He soon learned the box contained nothing but seemingly useless portraits and buried the box at the back of his closet. It took him two years to finally rediscover his past winnings and he spent weeks, scanning negatives and examining the newly developed photographs. 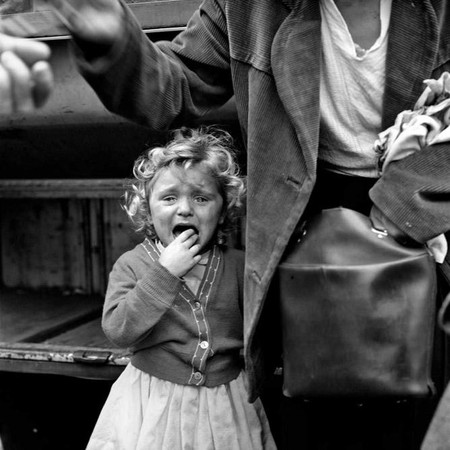 All he had was a name, Vivian Maier, who was a woman that no internet search engine would recognize. In time, he realized that the old box he erroneously assumed was worthless, would take him on a cultural and historical journey he could never have anticipated. Maloof tracked down pieces of Vivian’s life from an old storage unit; thousands of negatives, hundreds of rolls of undeveloped film, audio tapes, clothing, receipts, transport tickets, letters, postcards and trinkets, all perfectly preserved. Through each item, large and small, he gradually pieced her life together and identified a woman that was far more enigmatic and eccentric than he had assumed. Evidently, he had discovered a cryptic American treasure of the photographic world. 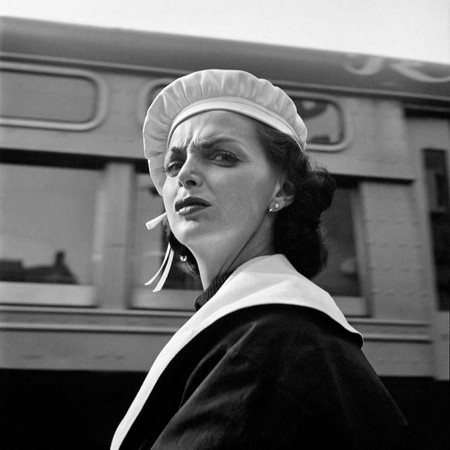 Born in New York in 1926 to a French mother and Austrian father, Vivian spent 40 years of her life predominately working as a nanny for a number of families throughout Chicago and New York. In the documentary film Finding Vivian Maier (2013), directed by Maloof and Charlie Siskel, many of the interviewees who knew her give a number of partially conflicting accounts on how she was as a nanny and as a woman. Evidence shows that she offered a number of aliases in place of her real name throughout her lifetime, insisted that her accommodations came with sturdy locks, that she was exceptionally liberal, spoke with a slight French accent and lived her life as a lonely spinster. The three most important aspects to Vivian that her friends, employers and acquaintances could concur on is that her background was a mystery, she was impenitently private, and that a twin-lensed Rolleiflex camera perpetually dangled around her neck. 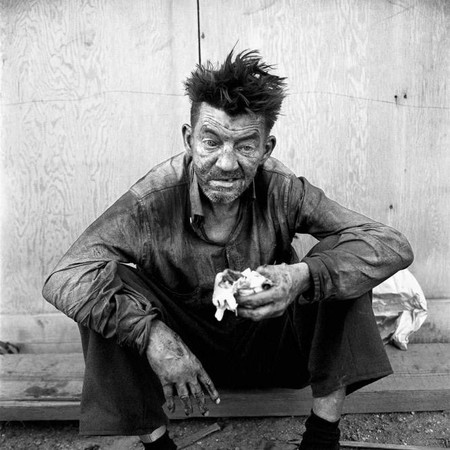 Her photography spans from the 1950s through to the 1980s, and covers all aspects of American life during these eras, from the fur-clad upper elite to the poorer working classes. Vivian captured a multitude of subjects that personally appealed to her senses and from this, the evidence shows that there were two sides to her artistry; an eclectic mix of gore and glamour. She seemed to have continuously snapped moments throughout her day, both during work hours and her free time, focusing mainly on street photography and portraits of strangers, including famous figures like film stars, Kirk Douglas and Audrey Hepburn. 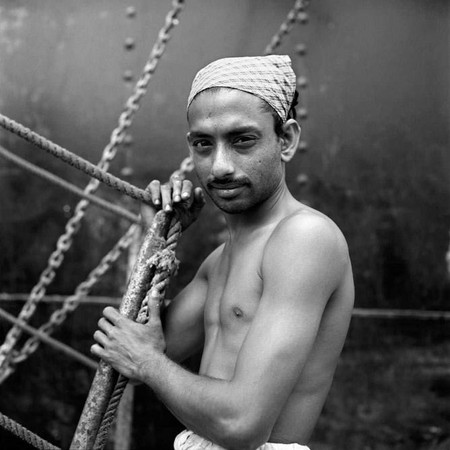 During the time that she was a nanny, she persistently photographed the children that were left in her care during their infantile and capricious days. She carefully and lovingly recorded every action and each of their emotions, ranging from elation to sorrow. Children, known and unknown to her personally, feature in many of her photographs, appearing as the perfect subjects for her to practice her art. Women and men of various origins, from African-American to Asian, were carefully documented throughout the busy cities she traversed through. Some appear to be posing while others may not have acknowledged her presence. Their reactions range from apathetic to concerned, contented to displeased. The spectrum of expression is truly revealing of natural human emotion and poses questions about the subject’s thoughts and feelings during their captured moments. 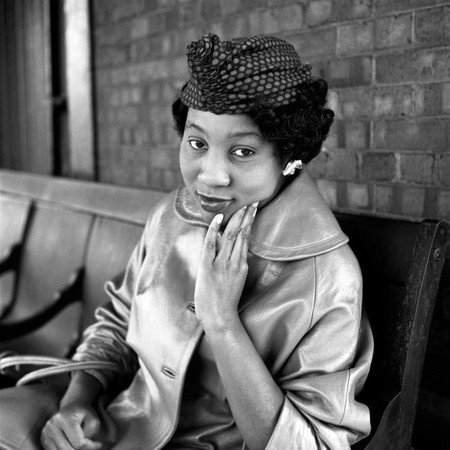 However, some of her most compelling images appear to be minor details of people and her environment. Close-up shots of couples holding hands, shadows of trees, man-made structures, shop window mannequins, neon signs, mattress springs, contents of trashcans, mud stains on a labourer’s backside… indeed, she showed no man and no object mercy from her lens, expressing both a humorous and political side to her personality. She cherished every element and symbol of human nature, displaying an acute eye for body language and evidence of life. 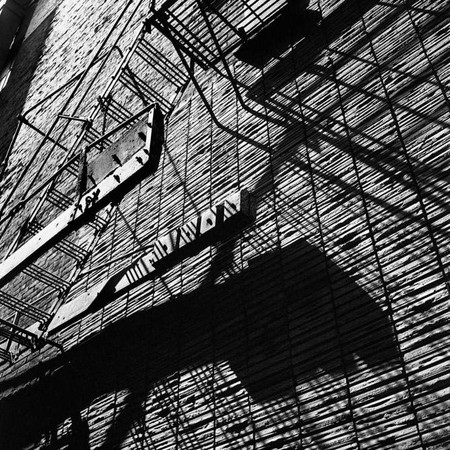 Vivian’s craft reached throughout the far corners of our earth, from 1959 to 1960, when she traveled throughout North and South America, Asia, the Middle East and North Africa. Her collection includes captivating images of the Pyramids of Giza, Indian shipyards, Thai temples and Yemini Bedouins. These photographs provide a canny and insightful perspective on culture outside of American boarders during this time period. She supposedly traveled alone, her most comfortable form, proof of her unwavering valor and boldness behind the lens. 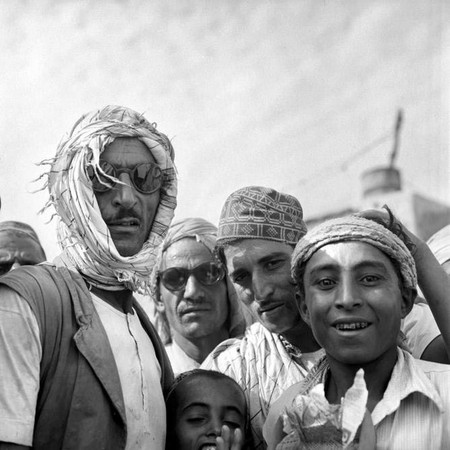 There was also an alternative side to Vivian, which is far darker and unsettling. Road accidents, slaughtered animals and criminal arrests were all chronicled. No one can ascertain as to why she took photographs of this sort. It’s worth pondering that it may have been just plain morbid curiosity or possibly she was attempting to make a sinister point. Towards the end of her life, she was a prolific hoarder, insisting on keeping stacks of outdated newspapers that reported on horrific crimes. There is no definitive explanation for her fascination, one of the great mysteries of Vivian’s psyche and yet, another facet to her much adored work. Eventually Vivian wilted into severe poverty, isolation and bitterness. Two brothers, who she cared for years before, provided her with accommodation and kept up payments on a storage facility for her belongings. At the end of her days, she was put into a nursing home where she passed away in April of 2009, days before John Maloof came upon her obituary and began his research into the unknown. 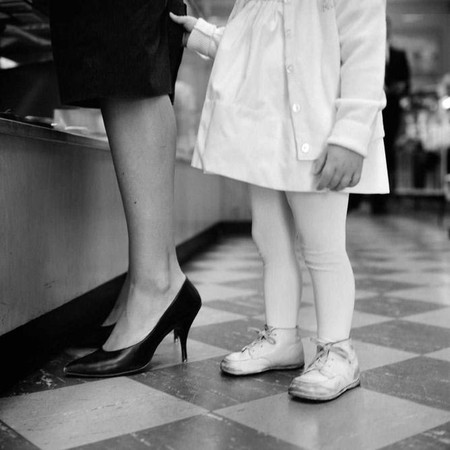 Assumptions are all that can be made about who exactly Vivian was. The evidence the remains of her life expresses a fascinating, yet melancholic tale. Many critics and admirers of her work wonder what exactly drove her to create such poignant and evocative images, and why she kept her photographs hidden away for decades. Instantly upon learning about her life, she seemed fearful of physical and emotional human connections, wandering alone through her days, using her camera as a shield from society. However, upon further inspection, it is apparent that Vivian’s soul understood and connected to people better than many others are capable of. She connected with the world through her camera lens, articulating a boundless understanding of human life. Time and time again, she opened herself to the tragedies and wonders of human nature and environment, and made sure to seize each fleeting moment for an eternity through a single photograph. 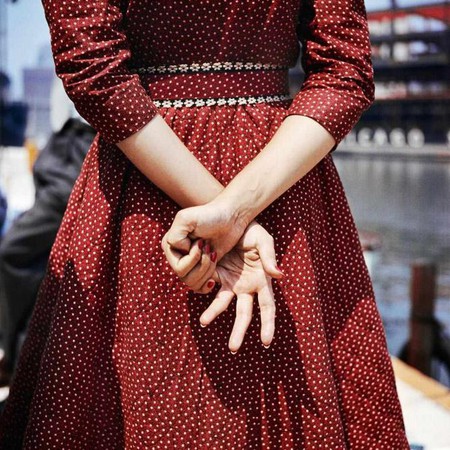 It is logical to assume that if Vivian was alive today, she might be particularly enraged over her fame. Either way, this is the legacy she left behind. Her photographs, which are essentially studies of mid-century life, offer purely raw and exposed voyeuristic portraits of her reality. Artistically imperfect and poetic, she has managed to create portraits that will resonate through the ages. The most certain aspect of all is that ‘Vivian Maier’ is a name that undeniably belongs within photographic history, a shining example of treasure worth sharing.

Vivian Maier’s photos feature regularly in exhibitions throughout the USA and Europe. A permanent collection can be seen at Mpls Photo Centre, Minneapolis, Mn.