While sports-specific hijabs have been around for nearly 20 years, a heavyweight has now entered the ring, as Nike launched the Nike Pro Hijab.

The likes of Capsters, Friniggi and Mu’mine all produce sport hijabs, but Nike’s recent launch will undoubtedly bring the garment to a far wider audience, further highlighting an ever-evolving cultural shift within the sporting world.

Over a year in the making, the concept was born out of a visit to Nike’s Sport Research Laboratory, in its headquarters in Portland, Ore., from Emirati female Olympic weightlifter Amna Al Haddad. Having only ever worn a traditional hijab when competing, she outlined the difficulties, highlighting that the garment could slip, was too hot and needed washing by hand during competition. Haddad was one of a number of athletes who worked with the global sports brand in the development of the product, including Emirati figure skater Zahara Lari, requesting original designs were redone to make them softer and lighter. 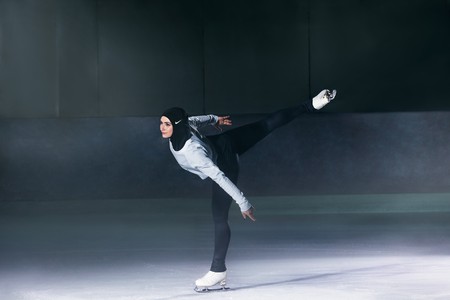 Banning of the hijab

Wearing the hijab while competing in sport continues to be a contentious issue. While Haddad’s circumstances are far from ideal, she is not one of the unfortunate athletes who aren’t allowed to compete at all.

FIFA, soccer’s world governing body, previously banned players from wearing hijabs or any other head coverings, but relented and lifted the ban in 2014. Unfortunately for basketball players, FIBA, the International Basketball Federation, still ban players from competing in hijabs.

Princess Reema bint Bandar, the Saudi princess, entrepreneur and philanthropist, is part of the movement across Muslim-majority countries that has committed to increasing female participation within sport, with plans in place to modify existing outdoor spaces, as well as license gyms, enabling women to have greater access to training.

The obvious issue for traditional hijabs in sport is a matter of the fabric used. It’s not uncommon for the mercury to exceed 55 degrees Celsius in the Gulf, and while sports brands have been producing garments designed to keep athletes cool for decades, the decision for Nike to apply the same technology to hijabs seems obvious, given the increase in Muslim women playing sport. 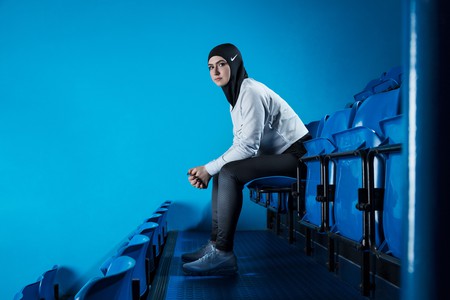 Everything from T-shirts, shorts and tights, right down to scrum caps and socks is now constructed in mesh fabric that allows the material to breathe, to wick sweat away from the skin, block UV rays, all while staying lightweight, flexible and comfortable. This goes far beyond Nike, every sports brand worth their salt produces these garments, so expect most, if not all, to follow suit and compete for the share of a previously untapped — and rapidly increasing — market (among the major Western brands). Nike use their Pro power mesh material in the hijab, a lightweight polyester that features tiny, strategically placed holes for optimal breathability but remains completely opaque.

So while it is fantastic that there may be women playing sport who were previously put off from doing so, it is difficult to ignore the fact that this has been driven through commercial incentives, as much as Nike would have you believe otherwise. Religious garments will not be exempt from the rabid capitalism that sportswear brands are capable of, and the surprise is not that Nike have launched this garment, if anything, it’s that it took so long. 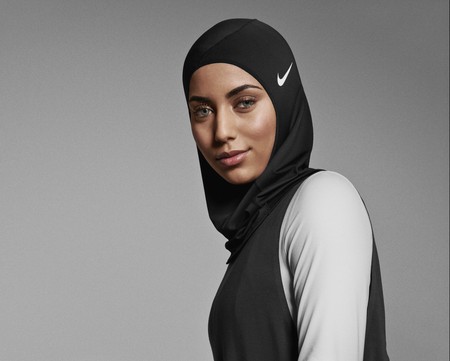 Courtesy of Nike
Give us feedback