NFL Players Continue to Speak out Against Thursday Night Football 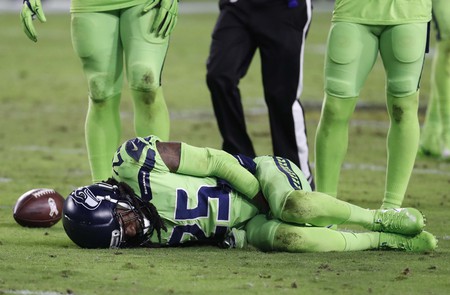 The immense spotlight shining on the National Football League (NFL) continues to brighten as more and more players speak out negatively against Thursday Night Football.

The NFL, already dealing with issues surrounding players protesting during the national anthem that sparked the ire of President Donald Trump, increasing studies linking head trauma and CTE to playing, and various other scandals involving abuse and drugs, faces yet another player safety concern.

Typically, the bulk of NFL games are played on Sundays. Fans are also treated to prime-time games on Mondays (Monday Night Football) and Thursdays (Thursday Night Football). But the players actually putting their bodies on the line during these shortened weeks are getting fed up with it, especially as injuries continue to mount.

“I can sit here and tell you that no player likes putting himself at risk on four days’ rest, to come and put their bodies through what they put them through in a game,” New Orleans Saints quarterback Drew Brees said after a 20-17 Thursday Night Football loss to the Atlanta Falcons on Dec. 7. “So you hope that it’s addressed [this offseason], you hope that it’s talked about and you hope that something is done about it.

“When you see guys go down, when you lose guys for what you think is unnecessary just because you put ’em at a much higher risk in such a quick turnaround, that gets you upset.”

The Saints suffered a litany of injuries against their division rivals on Thursday, including rookie star running back Alvin Kamara’s first-quarter exit because of a concussion. Brees isn’t, and hasn’t been, the only player to speak out against the scheduling issue. In 2016, Seattle Seahawks All-Pro defensive back Richard Sherman penned a piece entitled, “Why I Hate Thursday Night Football” in the Players’ Tribune, calling the games a “poopfest”. Sherman ruptured his Achilles during a TNF game this year and is out for the season.

Following that 22-16 win against the Arizona Cardinals on Nov. 9, Sherman’s teammates spoke out against the scheduling. Wide receiver Doug Baldwin said TNF games “should be illegal”.

“It’s extremely tough,” Seahawks linebacker Bobby Wagner told the Tacoma News Tribune. “You look at the game, you watch the game, you see guys dropping down on both sides with serious injuries, minor injuries. We play a very physical game, a physical sport, so to ask us to turn around and be ready after Sunday—to turn around and have our bodies OK for that Thursday, it’s really tough for us to do. Hopefully they look at it and see what’s happening and change this format.”

Wagner suggested the NFL schedule a team’s bye week leading up to their mid-week games so they aren’t expected to play Sunday and Thursday in the same week.

Thursday Night Football began in 2006 with an eight-game schedule aired exclusively on the NFL Network. The coverage expanded to 13 games by 2012. TNF coverage has grown since, with CBS partnering with the NFL Network for an expanded 16-game slate since 2014. NBC joined as a partner in 2016.

“Our mission when we first put games on Thursday nights in 2006 was to work strategically to make Thursdays a night for NFL football in the mold of what Monday and Sunday nights mean to millions of fans across the country,” said Robert Kraft, Chairman of the NFL’s Broadcast Committee.

The NFL continues to back Thursday Night Football both as a revenue stream and means to increase viewership, especially for the NFL Network. The players, though, find it ironic (though not at all funny) at the league’s hypocrisy regarding player safety.

As Sherman wrote in his 2016 Players’ Tribune piece, “The league will continue a practice that diminishes the on-field product and endangers its players, but as long as the dollars keep rolling in, it couldn’t care less.”