Zeinab Shahidi Marnani is an Iranian artist currently in residence in Brooklyn at the International Studio and Curatorial Program. The majority of her art focuses on exploring the concepts of time and memory. Here, we sit with Ms. Shahidi and discuss her work and the thought process behind some of her explorations. 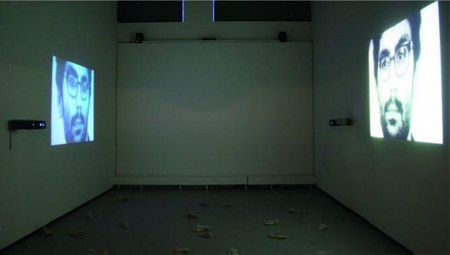 The goal of the International Studio & Curatorial Program (ISCP) is to create a global network of artists and give them the opportunity to showcase new work. With the focus being on facilitating new dialogue and collaboration, the ISCP has various outreach programs for artists, one of them being their residency program. A residency program typically lasts anywhere from three to six months and up to a year at most.

Zeinab Shahidi Marnani found her way to the ISCP via Art Jameel, a community that focuses on “promoting Arab arts and culture in the Middle East and around the world, working against the unemployment epidemic, enabling research for poverty alleviation, and providing education and training opportunities.” In doing so, Art Jameel has “successfully promoted positive social change.”

Zeinab Shahidi Marnani was born in Isfahan, Iran and before coming to Brooklyn, lived and worked in Tehran. She received her MFA from Yale University in 2011 and her BFA from The Tehran University in 2007. Her work has been displayed at ALLGOLD at the MoMA PS1 Print Shop, Tehran Museum of Contemporary Art, and many other locations around the globe.

Shahidi wasn’t always fixed on having a career in the arts, however. She started studying art later in her academic career, focusing originally on the ideas of time and memory. However, she soon began experimenting with actual time-based mediums such as film and photography. 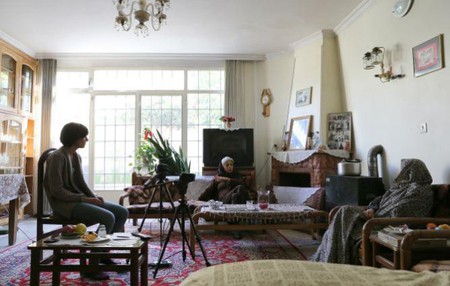 Her visual vocabulary is quite diverse, and she is able to articulate her ideas eloquently on screen. Shahidi has composed a series of concise, experimental films documenting a still image living in a fluid world. In one forty-second film entitled Stillness, we see a contradiction of movement in time. The film portrays two unmoving mountains being tracked by a camera. As the camera slowly moves around the two solid giants, one can’t help but wonder in awe at the role stillness plays in life.

One of her projects, entitled After Image, is a black-and-white 16mm film of an image of a man looping for one minute. Of the project, Shahidi says, “I shot the projected video with a 35 mm photo camera in black and white while I shot the same video with a 16 mm film camera in black and white. In a loop projection, I screened the film on the wall of the gallery. For the still photo, I put the photograph in the natural light with a live camera projecting the live video on the wall of the gallery space across the loop projection. The sound of the shutter is also playing on a loop in the space, which is in sync with the blinking. Therefore the projected image of the photograph is bright in daylight and dark, as it gets darker as the day progresses until nighttime when the image is no longer visible. This process repeats itself each day.” The live recording of an “instant image” acts as a second life for the still image. Shahidi states, “The consistency of his persistent gaze makes you wonder if the continuity of the action is a simulation. My intention was to create a moving, breathing image out of a recorded moment.” 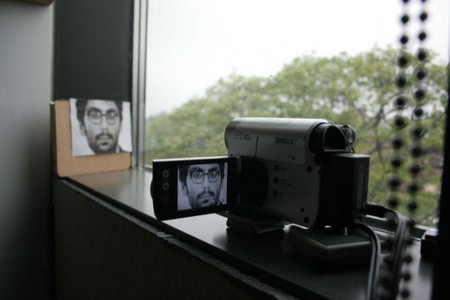 Zeinab Shahidi Marnani’s latest project focuses on the role of the artist as documentarian. Soliloquy is “an ongoing project concerning the notion of dialogue in the context of the art world… Soliloquy III is a series of video documentaries made out of the participation of volunteer artists from different disciplines, which attempts to bring forth an alternative method for presentation of art works.” When you watch Soliloquy, you watch an artist talk about her work over a long period of time. Each time, her ideas change or expand. You then view the artist watching herself discussing her work. Shahidi says that often, “you change your idea and the idea changes you.” Soliloquy explores this notion in a series of documented videos.

When asked what or who her major influences are, Shahidi says that she doesn’t base her work off of others. “I find myself in a kind of atmosphere of thinking, and then when I start talking about discovering, I get to know inspiring people.” She was pleasantly surprised to see how many other artists from varying disciplines and backgrounds wanted to come together and work on Soliloquy. The massive response is a testament to the power and importance of Zeinab Shahidi’s Marnani’s overall work.

Shahidi continues to “explore intersections of memory, experience and identity” alongside a historical investigation of her last name through conflicting family stories and fabrications.