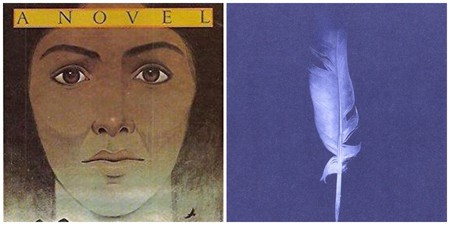 Contemporary Native American culture is a mystery to many Americans, with destitute reservations and Ayahuasca ceremonies constituting the totality of many people’s perceptions. But boundary-pushing Native American designers, writers, and artists, who also happen to be women, are not only offering insight into the Native American culture right now but are also making their marks on the culture of the country and the world writ large today. Here are five Native American women artists whose names you need to know and whose work will make you think.

Multidisciplinary performance artist Merritt Johnson is pushing boundaries across the board, not least when it comes to the forms her expression takes and the platforms on which she shares them. The artist, whose background is part Kanienkehaka (Mohawk), part Blackfoot, part Irish, and part Swedish, is particularly renowned for her video performance art, which she posts online. “Live performances can be off-putting for a lot of people,” she told the National Endowment for the Arts. “I like that the format [videotaped performance] is low resistance that people can try on.”

Johnson tackles serious social matter with droll overtones. Her Exorcising America video series, for example, seems at first blush like a riff on staid old instructional videos for correcting physical ailments. But the maladies Johnson alludes to are social and psychic: her “DIY land goggles” video instructs viewers to cake literal dirt over a pair of goggles to wear so that they can remember to pay attention to nature and the land. In another video, her disembodied narrator instructs a duo tasked with “seeing eye to eye” to get on their hands and knees to really examine the ground they stand on, because “knowing where you stand is the basis for seeing eye to eye.”

Wendy Red Star is an interdisciplinary artist whose work focuses on the intersection of the Native American experience and American structures of colonization and oppression. Red Star was born and raised on the Apsáalooke (Crow) reservation in Montana and moved to Los Angeles to pursue a Masters of Fine Arts at the University of California, Los Angeles.

Red Star works in multiple mediums—photography, sculpture, video, fiber arts, and performance—but the common thread to her work is her insistence on depicting Native American experiences through Native American eyes. In doing so, her work often seems to be directly challenging the stereotype propagated by white photographers such as Edward Curtis (who took 40,000 photographs of Native Americans in the early 1900s)—the stoic and mournful, staring past the camera in headdresses stereotype. Red Star seems to be mocking this romanticized representation and reminding the viewer, as she told Aperture’s blog, “what it all boils down to is humanity.”

Janet Campbell Hale is a groundbreaking intersectional feminist author and a Native American woman whose novels and non-fiction illuminate the poverty and abuse endemic in the female Native American experience. The prolific writer is most famous for her 1985 novel The Jailing of Cecilia Capture, which was nominated for the Pulitzer Prize, and chronicles the reflections of an Indian law school student and single mother as she is jailed on her 30th birthday for drunk driving and held on an old welfare charge. Dive into Hale’s work with this riveting option or with Bloodlines: Odyssey of a Native Daughter, her compendium of meditations on the Native American experience interspersed with stories from her own life. 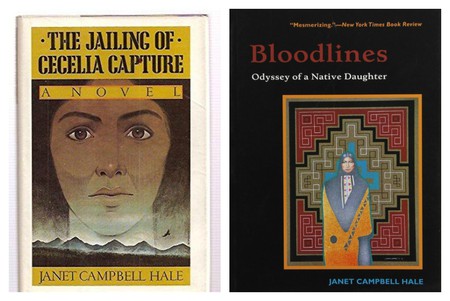 The Jailing of Cecilia Capture | Courtesy of Random House; Bloodlines: Odyssey of a Native Daughter | University of Arizona Press

Writer Leslie Marmon Silko approaches her Native American ancestry from the unusual perspective of an outsider. Born on the outskirts of the Laguna Pueblo reservation in New Mexico, Silko, who is one-fourth Laguna Pueblo (along with her Anglo American and Mexican American ancestry) was not allowed to take part in tribal rituals or belong to tribal religious societies as a young girl. This sense of exclusion from all worlds and subsequent confusion over her identity is a common thread throughout her novels, including her most celebrated, Ceremony.

In Ceremony, a mixed-race Anglo-Laguna veteran named Tayo returns home to his impoverished reservation from World War II, suffering from what we would now call post-traumatic stress disorder. The novel, published in 1977, became tremendously popular among Vietnam veterans coping with the same debilitating mental distress as Tayo and made Silko a hero among a group of people proud to welcome this former perpetual outsider as an insider to their cause. 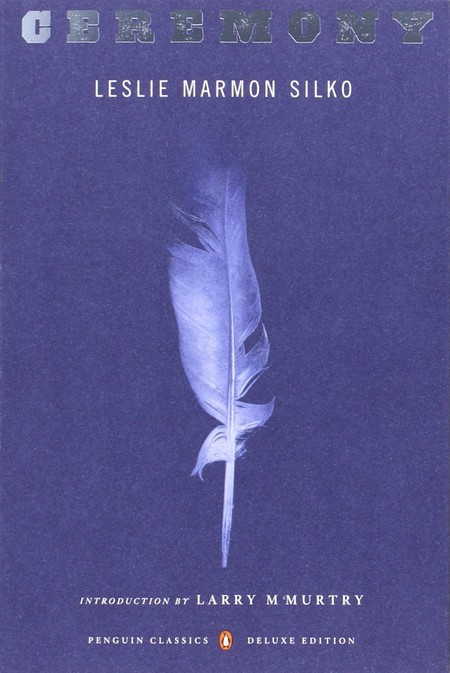 Nanibaa Beck is a second-generation Navajo jeweler whose ethereal yet grounded silver and turquoise pieces evoke traditional Navajo craftsmanship while retaining the designer’s own imaginative imprint. Particularly distinctive are Beck’s nameplate-style necklaces with Navajo phrases etched into silver, among them “Aheeh Nisin” (“I feel grateful”) and “Yiego!” (which connotes the idea of doing something diligently, with great effort). Her line’s name, Notabove, comes from both a mispronunciation of her name and from the idea of “a beautiful way of working and collaborating with others—not above but beside you.”