How Native Americans Used Insects in Their Cooking 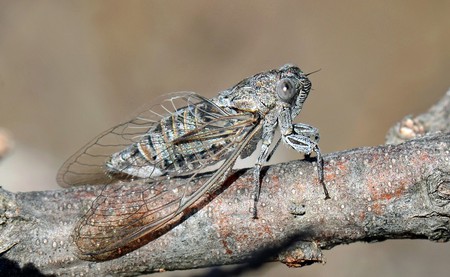 Dipped in chocolate, the cicada can be surprisingly delicious | © Jean and Fred / Flickr

You may think that eating insects is strictly the purview of celebrity foodies and influencers (to wit, Justin Timberlake served bugs at one of his album-listening parties), but eating insects like crickets and grasshoppers is actually a much older tradition than the hype around this culinary trend would have you think.

Although bugs have long been known to be excellent sources of protein and are less damaging to the environment to raise (they require far less feed and water than larger animals and produce far fewer emissions), the idea of eating bugs just may be what keeps many Americans from consuming protein bars packed with crickets. 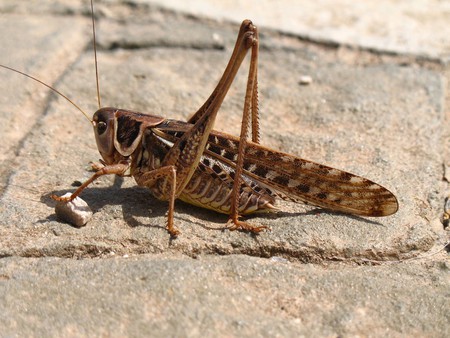 Whereas they may have once been roasted over hot coals, crickets today are to be found in some protein bars | © A Bremner / Flickr

So, these same skeptics might be surprised to learn that there is actually a rich and storied gastronomical history of insect-eating in America.

Native American tribes had recipes that included everything from ants to aphids to caterpillars. And while some white settlers may have rejected the practice of eating insects when they saw Native Americans doing so, others integrated the recipes into their diets. The tradition continued in both Native American and white communities into the 19th century, and even into the mid-20th century in some places.

Native American communities had highly developed methods of harvesting and cooking insects. For example, the Shoshone and other Great Basin-area tribes formed large circles to beat the bush and thereby drive grasshoppers into pits and blankets so that they could collect them en masse before roasting them over coals or grinding them into flour. 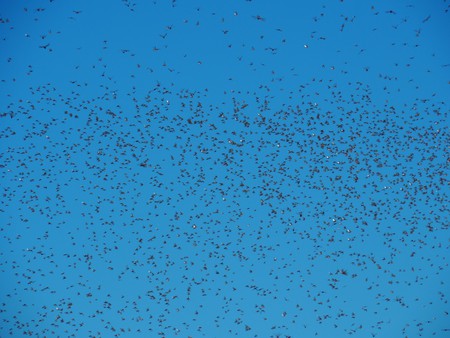 In the American West, the Paiute and other tribes dug trenches around trees and then smoked caterpillars out of the trees in large numbers. This practice was so important that some of the Paiute tribes were even known to orchestrate their calendars around the life cycles of various larvae.

Why did it make so much sense for rural Americans (Native and settler alike) to eat insects? Several factors were at play. First, there was an overabundance of insects in much of America’s terrain. The plains were so full of grasshoppers that when they turned into locusts, they could be so plentiful as to blot out the entire sky. It was simply taking advantage of a natural abundance that led many Americans to eat insects.

Yet other communities saw some insects as delicacies, much in the way some foodies do today. The Onondaga tribe reportedly enjoyed ants for the citrus bite it added to certain dishes, and the Tlicho tribe let gadfly larvae grow on meat so that they could be eaten raw after the meat was cooked.

Dipped in chocolate, the cicada can be surprisingly delicious | © Jean and Fred / Flickr

Yet other tribes thought some insects were medicinal. The Kitanemuk tribe considered red harvester ants to be a useful spiritual hallucinogenic, like a sort of Mojave-desert ayahuasca.

The overabundance of locusts in the Midwest in the 1870s caused a huge food scarcity in the region thanks to the locusts decimating the crops. One St. Louis entomologist named Charles Valentine Riley came up with recipes for eating the locusts, which a local caterer began cooking, in response to this crisis.

But this use of insect-eating as survival food is likely what contributed to its decline in the 20th century. “It was probably shameful for Europeans to admit to eating insects, or even lobsters, because it was a poor person’s food,” The Food Insects Newsletter editor Rosanna Yau has said.

The relative lack of knowledge of many Americans about Native American culture may be one reason why the history of insect-eating in America is not as well known. But if the makers of cricket protein bars or chocolate-covered cicadas have anything to do with it, Americans today will be joining the original Americans in eating these surprisingly flavorful and delicious delicacies.