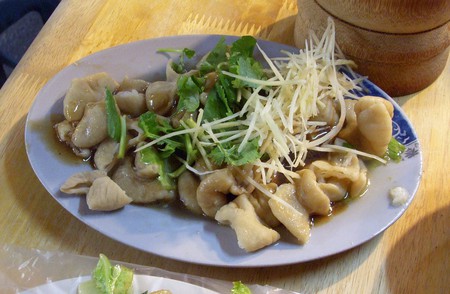 In the South, food is more than just something you eat. It’s a representation of your culture and lifestyle. The food that you eat as a Southerner reflects your values, heritage, and upbringing. One recipe that got its start in the South is chitlins, also called chitterlings. Discover the story of how pig intestines became a classic Southern dish.

Some of the most sought-after foods in the world are those derived from animal innards. Scotland has haggis, which is sheep’s stomach stuffed with heart, liver, and lungs, while France serves cow brains and kidneys in upscale restaurants. In Europe, tripe, which is cow stomach, is popular. And in the United States, there was a time when slaves were fed scraps of animal meat—better known as chitlins—that their owners deemed unacceptable for themselves to eat.

Chitlins became a Southern cuisine staple, and by the mid-century, there were chitterling-eating clubs such as the Royal Order of Chitlin Eaters of Nashville, Tennessee, and the Happy Chitlin Eaters of Raleigh, North Carolina. In the late 1950s and early 1960s, there was a string of music venues in the South that sold chitlins to African-American patrons and became known as the “Chitlin Circuit.” These establishments were considered safe places for African-American entertainers to perform for their fans, as this was during the time of Jim Crow.

While the popularity of chitlins has dropped over the decades, they are still a Southern delicacy most often enjoyed during the holidays. It’s common for foods such as beef liver and onions to be served at Thanksgiving and Christmas, alongside other Southern food staples such as collard greens and fried chicken.

Chitlins must be cleaned well in order to be safely consumed. They are partially cleaned when they are sold but do require additional cleaning before eating. Most chitlins are available in supermarkets in urban neighborhoods, as well as from local butcher shops. If you didn’t grow up eating chitlins, there’s a good chance you won’t find them appetizing. However, now you know what they are if anyone ever offers you some.