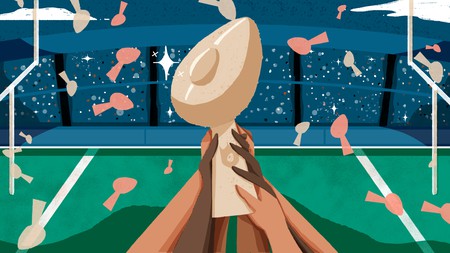 Guacamole is the star player of Super Bowl party dips, but this wasn’t always the case. In fact, prior to the 1990s, the dish and its main ingredient, avocados, had to fight for a spot on US tables.

The avocado is a central component of the Super Bowl party spread. Each year, Americans eat around 139 million pounds (63 million kilograms) of the fruit during the game. However, this was not always the case. Until the 1990s, avocados were something of a mystery to the majority of US consumers.

It’s hard to imagine the avocado as a hard sell, especially given its rampant popularity today. But its transformation into millennial darling has involved a major rebrand, international trade sanctions and the USA’s premier sporting event.

The buttery fruit’s original name is almost as scandalous as Janet Jackson’s 2004 wardrobe malfunction: ‘avocado’ is derived from ahuacatl, the Nahuatl word for ‘testicle’. It enjoyed the culinary limelight thousands of years before football was even invented; Meso-American tradition claimed avocado consumption granted mythological strength and enhanced fertility. Both this belief, and its name, came from the suggestive way the fruit grows: in dangling pairs.

This association with male genitalia contributed to the avocado’s unpopularity when it arrived to the US market, but it was its name that proved to be the real hurdle. Until the 1920s, the fruit was widely marketed as an ‘alligator pear’. Though pear-like in shape, it did not have any of the characteristic sweetness of pears, ultimately confusing buyers. The association with one of America’s most dangerous reptiles also didn’t help. 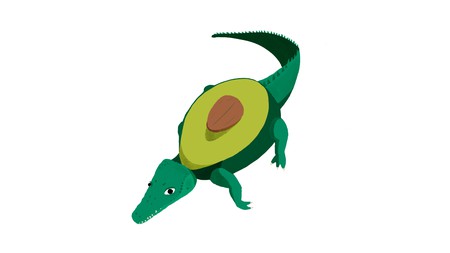 When Mexico’s avocados were banned in 1914, US growers saw a rebranding opportunity. Not only was the product’s name changed to ‘avocado’, but it was also remarketed as a luxury vegetable. Growers felt this would give consumers a clearer idea of what to flavor to expect.

By the ’60s, the avocado had become a status marker for aspirational entertainers. Chartreuse slivers arranged with ruby-colored supremed grapefruit fit perfectly into the era’s psychedelic dinner-party aesthetic. The fleeting US growing season made them all the more covetable.

The rise of fat-free dieting trends during the 1980s threatened to topple the avocado, but the fruit was poised to strike back: its decadently high fat content made it a perfect companion to indulgent Super Bowl party menus.

An early-’90s PR campaign for a Guacamole Bowl laid the groundwork for the Mexican dip’s association with football. Professional football players and their families were commissioned to share guacamole recipes. Associated with specific teams, these recipes also showcased the avocado’s versatile flavor pairings.

While the Guacamole Bowl campaign provided culinary inspiration for new avocado fans, the Super Bowl falls outside the USA’s only harvest season. This meant American buyers were purchasing under-ripe avocados for their game-day guac, resulting in a subpar version of the dip. The passage of NAFTA in 1994 made avocados more accessible. Then, in 1997, the 80-year ban on avocados imported from Mexico – which boasts four harvest seasons – was lifted, meaning US consumers could buy their new favourite fruit year-round.

In 2015, Avocados From Mexico – a non-profit that manages marketing for the country’s avocados – procured a coveted Super Bowl ad spot, widening awareness of the fruit across the US. Enlightened thinking regarding ‘good’ fat also helped to make guacamole seem like a healthier alternative to the wings, pizza and brews that dominate Super Bowl party offerings. 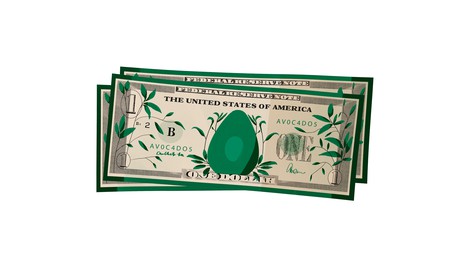 In the years since, Avocados From Mexico have secured a Super Bowl ad each year, ensuring American audiences’ continued association of avocados with the sporting event. In 2019, nearly 120 tons of the fruit were exported from Mexico specifically for the rise in consumption during Super Bowl festivities.

Now guacamole has embedded itself so firmly in the public consciousness that alterations to the ‘authentic’ dip spark public outrage. While some may thumb their noses at recipes including sour cream, yogurt or mashed peas, these additions – astutely classified as “extenders” by food historian Katherine Spiers – are well within the tradition of regional adaptations of the dish.

Extenders have probably lent longevity to guacamole’s association with football’s most important match. In places where avocados don’t grow, the price of a single fruit can easily reach $4 (£3). Ingredients that bulk up the volume of guac alleviate hosts’ concerns about providing enough dip for their guests without breaking the bank; the addition of dairy also prevents oxidation, which turns a jade-hued guac a disappointing murky brown.

Even in Mexico where the dish originates, recipes vary. A chunky dip is the preference in Baja; Veracruzanos add radish for crunch; and in Oaxaca – the top destination on Culture Trip’s 2019 wishlist – guac is blended to create a smooth puree.

Regardless of how it’s made, guacamole is now central to Super Bowl festivities, especially if the host has endeavored to make a snack stadium for the party spread.