Has Anyone at Google Ever Eaten a Cheeseburger? 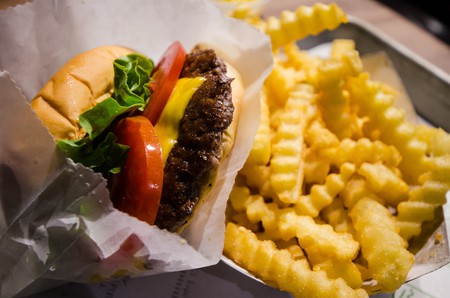 I think we need to have a discussion about how Google’s burger emoji is placing the cheese underneath the burger, while Apple puts it on top pic.twitter.com/PgXmCkY3Yc

Seriously. No one who’s ever encountered an American cheeseburger would ever put the cheese underneath the patty. That’s just wrong. It’s also a little strange how Apple puts the lettuce under the patty, too, but that’s a less egregious burger sin.

Is every tech worker in the Bay Area vegan? Because that’s the only way these emoji can be explained.

The internet, as would be expected, had thoughts. As of the time of this writing, Baekdal’s tweet had garnered more than 15,000 retweets and more than 30,000 likes, with some major food-world figures weighing in.

They’re both wrong. Google’s cheese is wrong, Apple’s lettuce is wrong. The correct order, from bottom up, is burger – cheese – toppings pic.twitter.com/lF1AUu64ht

The things that go on top of a burger are called toppings for a reason.

If @TheSporkful wants to do a video where we analyze and critique 🍔 emoji I’m game.

It also set off a discussion of every company’s burger emoji, assisted by emojipedia. Like Samsung getting it wrong, too, placing the cheese between the lettuce and the tomato. (Seriously, what? Who does that?)

Microsoft getting the burger technically right but looking terrible is perfect.

Jesus Christ Samsung, cheese in between the L and T? Get your shit together. pic.twitter.com/vyy3SNU0jh

Soon after, Sundar Pichai, Google’s CEO, promised he would “drop everything” to correct the image.

Will drop everything else we are doing and address on Monday:) if folks can agree on the correct way to do this! https://t.co/dXRuZnX1Ag