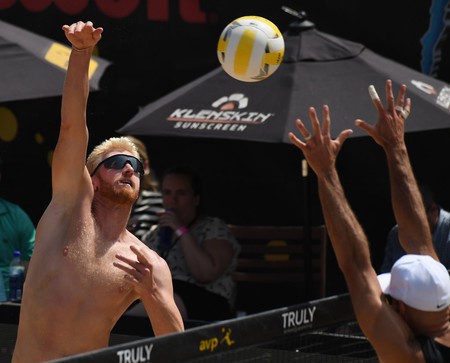 After retiring from playing professional basketball in the National Basketball Association, Chase Budinger has taken up another sport: beach volleyball. He and partner Sean Rosenthal have their sights set on qualifying for the 2020 Olympics in Tokyo.

Chase Budinger would spend time during each offseason of his NBA career playing volleyball on the beaches of Southern California. He and a good group of friends would play 4-on-4 two or three times per week.

Volleyball had always been in the back of Budinger’s mind, despite the majority of his efforts and time being devoted to basketball. But after his playing career came to an end, he was ready to make the switch, turning his hobby into his new profession.

After seven seasons in the NBA and one playing abroad in Spain, the 6-foot-7 Budinger traded in hightop sneakers and squeaky courts for sunscreen and sand in the hopes of qualifying for the 2020 Summer Olympics in Tokyo.

“In the back of my mind I kind of always knew that once I was done with basketball, and if my body permitted it, I would go back to beach volleyball,” Budinger said at the 2018 AVP New York City Open. “I had offers (to play basketball), but for me, personally, to go back overseas I wanted the perfect situation. The right situation never came up, so because of that, that lead me to play beach volleyball.” 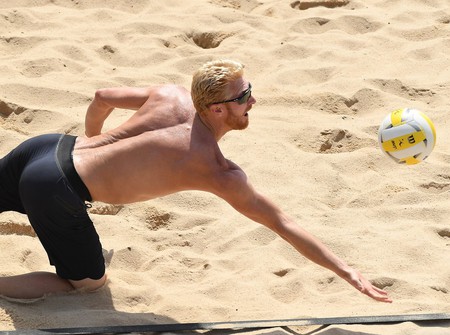 The duo has two events on each circuit under their belt so far this year. Budinger and Rosenthal finished tied for 13th at the AVP Austin Open (May 17-20) and tied for fifth at the AVP NYC Open (June 7-10). On the FIVB circuit, they saw a massive improvement from a 33rd-place finish at Huntington Beach (May 1-6) to placing ninth in Lucerne, Switzerland (May 9-13).

“I’m working harder this year than I think I have in the past few years,” says Rosenthal, who represented the United States at the 2008 and 2012 Olympic Games. “We’re just getting out there, playing, and trying to improve on all the little things from serving to passing and setting, and trying to work some stuff out now with our defense.

“We have everything to make it happen, now we just have to put it together.” 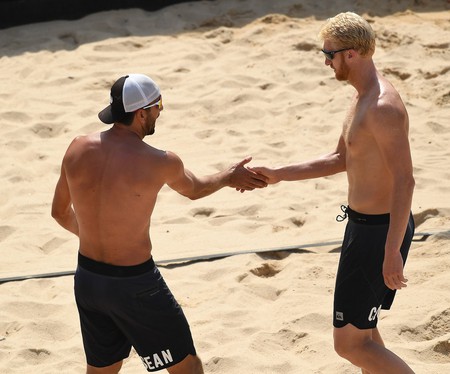 While Budinger is new to the pro volleyball circuit, he certainly isn’t a green player by any definition. He played volleyball (and basketball) at La Costa Canyon High School in Carlsbad, Calif. In 2006, Budinger was named Volleyball Magazine’s Player of the Year, his Seaside Volleyball club won the national championship, and he was named MVP of the U.S. Junior Olympic Volleyball Tournament in the 18-and-under division.

The California native played collegiate basketball at the University of Arizona before getting drafted to the NBA in 2009, where he spent seven seasons playing for the Houston Rockets, Minnesota Timberwolves, Indiana Pacers, Phoenix Suns, and Brooklyn Nets. Budinger, a small forward who averaged 7.9 points per game in 407 career games, went overseas to play for Baskonia in Spain for the 2016-17 season.

Budinger had a quick foray into beach volleyball during the 2011 NBA lockout, playing at the Corona Light Wide Open in Hermosa Beach, Calif. The sport also runs in his family. Budinger’s brother, Duncan, is a professional volleyball player and their sister, Brittanie, played professionally in Europe. Chase said while his siblings are mostly letting him do his own thing, he has consulted Duncan on the career transition.

“He told me that I had all the tools to be very successful,” Chase said. “He told me to work hard and to try to take advantage of each and every day to get better. That’s where my focus is: take it day by day, tournament by tournament.”