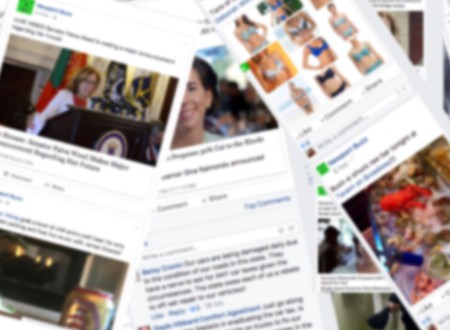 Facebook has begun to introduce a tool to battle fake news, but not everyone is happy about it.

The new feature is a collaboration with several fact-checking organizations, and will warn users before they post articles that the content has been disputed by the likes of Snopes and the Associated Press.

If users go ahead and post the article anyway, a red box stating the article has been called into question will appear underneath. When you click on the red box, the following message is displayed: “Sometimes people share fake news without knowing it. When independent fact-checkers dispute this content, you may be able to visit their websites to find out why. Only fact-checkers signed up to Poynter’s non-partisan code of principles are shown.”

However, many conspiracy theorists – and Donald Trump supporters – have taken to social media to protest the new tool, claiming Facebook is attempting to hide the truth and push a left-wing agenda.

One particular article is getting the fake news treatment. “The Irish slave trade – the slaves that time forgot” was published on a site called Newport Buzz in 2015, but was widely circulated ahead of St. Patrick’s Day this year. The story was found by the AP to be false.

Liam Hogan, a librarian and historian based in Ireland, who has been following the story, said on Twitter that Trump supporters have been “losing their minds” about the fake news alert.

Trump supporters & others are losing their minds that Facebook is now showing this warning when they share a certain “Irish slaves” article pic.twitter.com/fzeU8ZOzjb

Facebook first announced plans to tackle fake news in December. “While we don’t write the news stories you read and share, we also recognize we’re more than just a distributor of news. We’re a new kind of platform for public discourse — and that means we have a new kind of responsibility to enable people to have the most meaningful conversations, and to build a space where people can be informed,” CEO and Founder Mark Zuckerberg wrote at the time.