Edging Towards Utopia: The Legacy of Buckminster Fuller 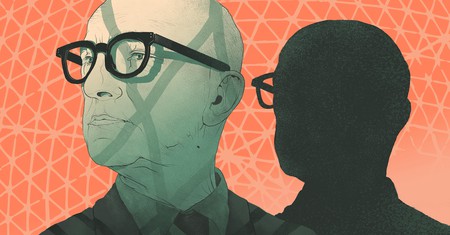 One of the greatest design scientists and thinkers of the 20th century, Buckminster Fuller is often referred to as the da Vinci of the modern era. From his prefabricated housing designs to his now-ubiquitous geodesic domes and Dymaxion maps, Fuller’s work was prodigiously ahead of its time.

But perhaps more than the outcome of his inventions, it was his cross-disciplinary, collaborative approach to problem-solving that remains revolutionary. Tackling everything from transportation, ecological destruction, and affordable housing, Fuller wasn’t afraid to confront complex problems. And he certainly wasn’t afraid to fail.

Culture Trip: Why do you think there’s a new resurfacing of and interest in Buckminster Fuller’s work?

Edward Cella: We find ourselves living in a world where many of his cross-disciplinary investigations – engineering, architecture, environmentalism, arts, creativity, and sustainability – seem relevant to many of the issues we face today.

Fuller anticipated a future with fewer resources and used technology to address climate and housing issues through technology and through an inventive approach to design, which was outside any one particular discipline.

CT: For so long, especially in academia, these disciplines were so siloed, and still are in many ways. But because design is foundational and inherent in everything, it makes sense for someone like Fuller to be interested in a cross-disciplinary approach to problem solving.

EC: Absolutely. Fuller was sort of an “ideafont,” so he would set up partnerships to handle the development of the various geodesic projects.

Fuller was not just an architect, an engineer, an artist, or designer; he occupied [all spaces] – he was, for the most part, self-trained. He used those disciplines to make his work, but then worked collaboratively with others to produce object examples or built examples into the world.

CT: Would you consider him one of the fathers of the prefab house?

EC: Absolutely. As early as 1927-28, he’s thinking about prefabrication in housing. He’s observing. One of his first projects was to collaborate with a family member to create commercially made housing. It’s a failure. Buckminster was not afraid to fail.

Housing has always been limited to certain people who can afford it. He wanted to make housing affordable for everyone.

CT: Did Fuller see industrialized manufacturing as a way to democratize housing?

EC: Fuller was seeing how industrialized manufacturing was not only an efficient use of material and the most economical way to produce something, but also how it allowed efficiency, which would therefore solve shortages.

CT: He and his wife also lived in a geodesic dome house of his own design.

EC: He did make a geodesic dome for himself, and he and his wife lived there. [Now], there are tens of thousands of these across the world that people live in.

The Wichita House, for instance, was intended – remember this is 1946 – to be a post-war house. It’s round, made of aluminum, and uses the same manufacturing systems that would be used in the manufacturing of commercial bombers. The idea was to take those factories that were building bombers during the war and turn them into places where aluminium houses could be made for the masses.

A few of them were made – but today we see prefabrication happening on an industrialized scale. We’re probably going to see that grow into the future very quickly.

CT: When did you first become interested in his work?

EC: For more than 12 years, my gallery has had a very specific focus in architectural work, objects and drawings by architects. We’ve worked with works by [Paolo] Soleri, a visionary alongside Fuller, and we’ve also worked with people like Lebbeus Woods who was also a visionary architect. These kinds of visionary architects are people who are trying to solve real-life problems. And use drawings, models, experimental design to look at those issues – I find that fascinating as a dealer.

CT: What would be Buckminster Fuller’s most forward-thinking idea? And what do you think we can learn from it today?

EC: That’s a challenge, because there’s clearly so many different inventions and opportunities, but perhaps it’s the Dymaxion map. Fuller was not a cartographer, but he realized very quickly that we would start to look at the world not just on the planet, but from outer space. All maps were distorted because the way in which the continents are placed around the spherical shape.

His idea was using the triangle to dissect the round globe and create a series of triangular shapes that would accurately represent the land masses proportionally to one another. It’s a map that doesn’t look like any other map that existed in history.

CT: Philosophically speaking, why are these maps so important?

CT: His cartography also ties into mobility. To quote a New Yorker article from 1966, “In the Outlaw Area,” [Fuller] often points out that man was born with legs, not roots, and that his primary natural advantage as a species is mobility.”

His idea of mobility feels very Socratic and Modernist, as it pertains to being a global citizen.

EC: Absolutely. The 20th century is one of mobility. The ubiquity of transportation in the 20th and 21st century generates much of our experience now as a citizen of the world.

CT: Why do you think someone like Elon Musk was influenced by Fuller’s work?

EC: His approach is very influential to people in technology, engineering, and people like Elon Musk who are trying to think of new ways of creating transportation. People like Musk are fearless in their approach to confront complex problems and think outside the box.

As an outsider, it seems that an individual like Musk, or any of these great titans of technology, are looking at very specific sets of problems. They’re using design, cross-disciplinary thinking, and teams of people to solve big problems – in a revolutionary sort of way. They’re scrapping old ways of thinking and starting new.

That lack of boundary, and dedication to leave precedent aside and go into a place where you radically confront challenges with new thinking is fundamental to someone like Fuller. There’s a kind of American ingenuity embedded in that.

CT: Going back to the geodesic domes and futuristic drawings, I’m reminded of the Platonic Solids. Would you say Fuller was informed or influenced by ancient thinkers like Plato?

EC: Geometry clearly plays a role in his thinking process. Basic, fundamental shapes – in his case, the various tetrahedron and polyhedrons – would animate his more complex forms. Observation is true, especially [because] Fuller approaches his design from a philosophical and ethical point of view.

It’s a very humanistic approach to design. It’s about solving human kinds’ challenges, bringing technology and solutions to issues of suffering and limitation. In that regard, it’s a direct line back to the philosophical/ethical investigation that starts in the Greeks and is part of the thread of Western civilization.

CT: Let’s talk about Fuller’s idea of utopia, particularly how he thought designers would be at the forefront, spearheading progressive change?

EC: It’s striking that he was born in the 19th century. Here’s a man who is almost as relevant today as he was in the 1930s, ‘40s, and ‘50s. It’s not the specifics of what he designed as the “best”, but rather the intellectual investigatory approach to try to solve problems.

[In his early work], there’s anticipations of traveling by air around the world, skyscrapers, different kinds of transportation vehicles, different systems and investigations. All those ideas are out there and become the focus for a life-long investigation for him.

“What is it? Why?” It’s really about this idea of utopia: there is a better way forward.