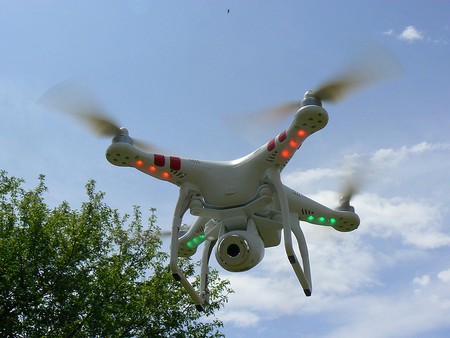 Drones have been used for smuggling | © Peter Linehan/ Flickr

The newspaper used a Freedom of Information Act request to unveil more than a dozen attempts to transport banned materials into U.S. federal prisons over the past five years.

The documents show several incidents where the contraband smuggled in by drones were not discovered for some time. Someone smuggled two phones into a Victorville, California high-security prison in March 2015, and officials didn’t discover them for five months, according to the report.

America is not the only country to have a problem with drones being used to smuggle things into prison. In July 2016, a man in the U.K. was jailed after flying drugs and tobacco into a number of prisons via drone. The man used a DJI drone that had been spray painted black, and covered the lights with tape.

In response to that incident, the U.K. government formed a specialist squad to tackle the problem across the country. Police and prison officers made up the squad, which will primarily operate through information-sharing exercises.

Sam Gyimah, the country’s prisons minister at the time, said there was a clear threat posed by drones. “My message to those who involve themselves in this type of criminal activity is clear: we will find you and put you behind bars.”

The specialist squad, however, didn’t involve any methods of actually stopping the drones or catching those flying them.