The World Dodgeball Association is the official governing body of global dodgeball. Working with 62 national federations and approximately 68 million participants, the organization is vying to get the sport included in the Olympics, aiming for the 2028 Games in Los Angeles.

Rob Immel gets stopped on the street whenever he’s wearing his USA Dodgeball shirt. The stranger stopping him will either have seen Dodgeball: A True Underdog Story (2004) or played the sport as a child, and will want to talk to Immel about why he, a 36-year-old father, is wearing a dodgeball T-shirt.

“We hate hearing about the movie, but where would we be without it?” says Immel, Team USA captain. “I’ll still watch it on a rainy day. I think people found this sport because of that movie, so I can’t hate on it too much.”

There’s much debate in the dodgeball community whether or not the Ben Stiller and Vince Vaughn comedy helped or hurt the validity of the sport. But regardless of which side you’re on, the movie (and its memorable one liners) gets people talking about dodgeball. 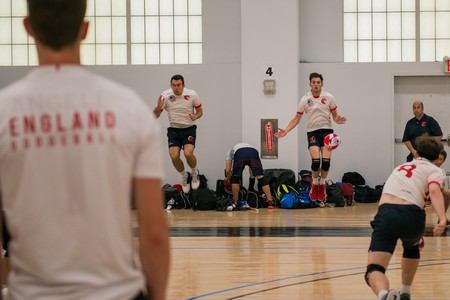 “Yeah, I love it,” says Christy Cheung, a member of the Hong Kong team. “It’s a conversation starter. ‘I’m a dodgeball player.’ ‘Oh, just like the movie?’ That’s how people connect to the sport; it helps.”

The World Dodgeball Association (WDA), the sport’s global governing body, has seen substantial growth and awareness of dodgeball since the organization’s inception in 2013. The WDA now oversees approximately 68 million participants from 62 national federations (including the US, Malaysia, England, Nigeria and Hong Kong), nearly double the 35 it was founded with.

The WDA’s focus is on continued expansion, with the hope of getting dodgeball recognized by the International Olympic Committee (IOC) by 2019 and on the official Olympic program by the 2028 Games in Los Angeles. 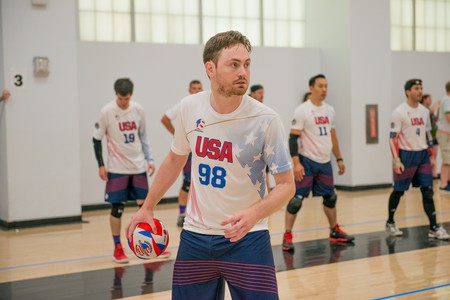 “The growth pathway for us is about driving grassroots participation,” says WDA president Tom Hickson. “We’re able to get the sport into areas no other sport can get to. We can engage young people who have been previously inactive because they just don’t enjoy other sports, and that’s because of the fun factor of dodgeball.”

Hickson says dodgeball is growing in popularity around the world, particularly in the Middle East. Within the next four years, the WDA is hoping to evolve to 90 federations and reach 100 million participants.

Increased awareness around dodgeball can be partially attributed to the sport’s biennial world cup. The 2018 Dodgeball World Cup was held at New York City’s Madison Square Garden in August. It was the second iteration of the event featuring the top 10 men’s, women’s and mixed teams from around the world, following its 2016 debut in Manchester, England. 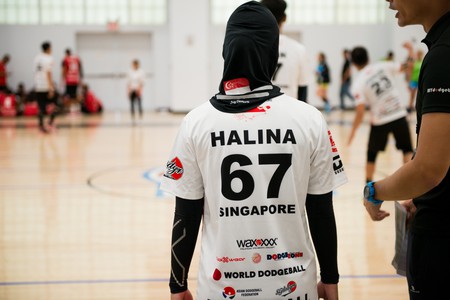 “Sometimes it gets to me because people think [dodgeball is] a kids’ sport, [that] it’s all fun and games like in middle school,” says Louis Velez of Team USA. “It’s definitely more competitive than people think and it’s much bigger than everyone knows. With [the Dodgeball World Cup], people will finally see what dodgeball really is. It’s definitely going to propel the sport.”

However, even if dodgeball is recognized by the IOC, there will still be a long way to go before a shot at Olympic glory: the WDA would have to gain enough traction and popularity to be a viable addition to the Olympic and Paralympic roster (a battle that squash is currently facing ahead of the 2024 Games). Hickson explains how his organization plans to fine tune both its internal WDA events and its external international competitions in a bid to achieve this. 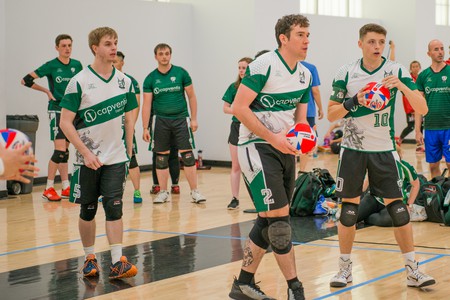 Consistent broadcast and streaming services will boost the sport’s international and commercial appeal. The 2018 Dodgeball World Cup was broadcast on ESPN2 on August 8 when the channel was converted into ESPN 8: The Ocho, paying homage to the fictional sports channel seen in Dodgeball.

“We have to make it an entertaining sport for folks to watch, one that is exciting enough that they want to go out and play,” says Team USA men’s coach A.J. Fox. “A lot of the emphasis is on youth dodgeball and raising the next generation so we can show kids this is a sport that goes beyond the playground and recess at school. It really is about building from the bottom up.”