Competitor Airlines Troll United After Passenger is Dragged Off 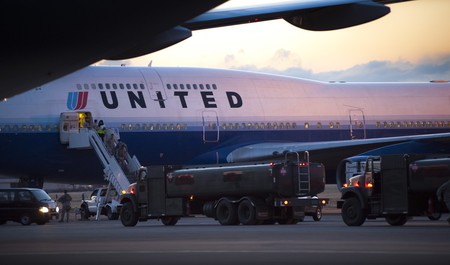 If Trump’s recent electronics ban has shown us anything, it’s that airlines can dish out their own sass in the face of controversy (here’s looking at you, Royal Jordanian). Following the recent brash removal of a passenger, competitor airlines have started to troll United Airlines.

United Airlines has found itself in the midst of a public relations nightmare after a video emerged showing the forced removal of a passenger. Apparently due to an overbooked flight, four randomly selected passengers were asked to leave a Chicago flight, bound for Kentucky. When one of the passengers, who we now know to be Dr. David Dao, refused to leave the aircraft, video caught three security officials dragging the man off the plane, bloodied and beaten.

The news of United Airlines’ faux pas, has taken the internet by storm. Travelers are expressing outrage at the disregard for passenger rights, while United Airlines’ protestors have taken to Yelp to flood the airline with negative reviews.

Like vultures descending on their prey, United Airlines’ competitors have begun to troll the brand for their recent media storm.

We are here to keep you #united Dragging is strictly prohibited 🚫 pic.twitter.com/CSjZD7fM4J

Royal Jordanian, one of the more outspoken airlines on social media, hit the issue head on with a blatant jab at United Airlines.

Meanwhile, Emirates picked up a pitchfork and joined the mob by releasing a video that addresses United Airlines’ CEO directly: “Well Mr. Munoz, according to TripAdvisor, the world’s largest travel site, not only are we a real airline … we are the best airline.”

In the latest twist surrounding this bizarre story, USA Today reports that the plane may not have even been overbooked. United spokesman Jonathan Guerin told USA Today, “All 70 seats on United Express Flight 3411 were filled, but the plane was not overbooked as the airline previously reported. Instead, United and regional affiliate Republic Airlines, which operated the flight, selected four passengers to be removed to accommodate crew members needed in Louisville the next day.”

United Airlines CEO, Oscar Munoz, released a statement expressing his concern and apology over the unfolding situation: “I continue to be disturbed by what happened on this flight, and I deeply apologize to the customer forcibly removed and to all the customers aboard. No one should ever be mistreated this way.”

As the United Airlines’ video continues to make its rounds on news outlets and social media, the internet has banded together in a mutual frustration of the many issues that plague air travel. Hell hath no fury like the internet scorned.