Why Tourists Are Flocking to America to Give Birth 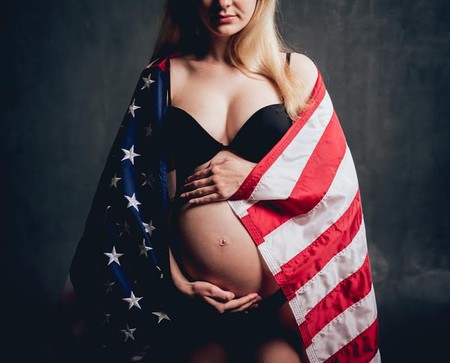 With beautiful white sand beaches and over 15 million visitors each year, Miami isn’t just one of America’s top tourist destinations. It’s now a place where moms-to-be from around the world—and Russia in particular—travel to give birth, according to a new report.

“It’s really common,” Russian tourist Ekaterina Kuznetsova told NBC News. “When I was taking the plane to come here, it was not only me. It was four or five women flying here.”

Ekaterina is among an estimated hundreds of Russian tourists who travel to Miami to give birth annually. The 14th Amendment of the United States Constitution says that any child born on American soil is indeed an American citizen. And, when children born on American soil reach the age of 21, they are allowed to sponsor their parents’ American green card applications. So, the thinking goes, give birth to an American child and have instant access to many of the much sought after advantages of American life: innovative medical care, top notch education, and ability to move through the rest of the world pretty freely.

Birth tourism has long been big business in the United States. It’s not quite illegal. Anyone, pregnant or not, can visit the U.S.

“The technical, official answer is there is no restriction on pregnant women entering the U.S.,” New York-based immigration attorney Triciah Claxton tells Culture Trip. “If they were applying for visa or citizenship, that may be different. But if they’re coming here under the guise of tourism? Legally, it’s fine.”

Of course, Russian tourists aren’t the only families traveling to the U.S. to give birth. In Southern California, “maternity hotels” reportedly house women from China and other Asian countries who come to America to give birth in hopes of providing better lives for their children. Just this month the U.S. Department of Homeland Security “raided” luxury apartment complexes across California to interview pregnant Chinese women who had paid Americans upwards of $40,000 to enter the U.S., give birth, and receive help earning citizenship, according to reports.

Still, even with the recent media attention these families are receiving, birth tourism is big business. The hotels and housing complexes that house women as they await labor rack up thousands. Just last year the Daily Beast reported that Russian women were choosing Florida properties owned by President Donald Trump in particular, based on recommendations from companies who advertise that they’re perfect for expectant mothers.

President Trump has famously denounced the idea of women entering the U.S. from other countries to give birth. However, his properties are reaping substantial benefit from them doing so.

In the end, what these women want is what most every mother around the world wants: a chance for their children to have better lives than they had themselves.

“American passport is a big plus for the baby. Why not?,” Russian tourist Olesia Reshetova told NBC News. “I don’t know what my daughter will choose in future. But if I can spend money—my money—for her choice, why not?”