Are Translation Devices a Bridge or a Barrier Between Cultures? 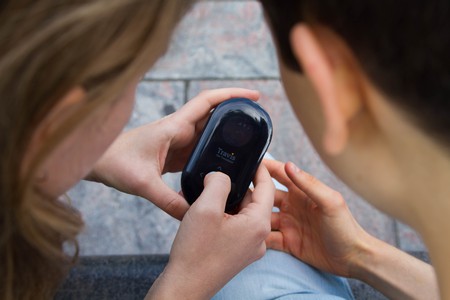 Travis is one of many translation devices available | © Travis

From Google Translate on smartphones to devices that translate in real time, technology designed to bridge language barriers is on the rise. But what will this mean for the future of communication and culture?

Language is one of the most fundamental cultural differences to explore when visiting a new place, but it can also be one of the more frustrating hurdles that tourists must overcome.

There is a plethora of translation devices and technologies that make talking to local people and understanding a new environment easier for travelers almost anywhere in the world. The days of rummaging through a phrase book and mispronouncing words at an ever-increasing volume are over, as our phones can do most of the work.

At the FIFA World Cup in Russia, fans from all over the globe converged in a country with a tricky language and an even trickier Cyrillic alphabet. Google reported a 30% rise in the use of its Translate mobile app from the country, and saw searches for “World Cup”, “stadium” and “beer” increase by 200%, 135% and 65% respectively.

Previously, a computer would be programmed to identify patterns in the text or audio it receives as input in order to determine what is being said and how to respond. With machine learning, the computer looks for patterns in huge amounts of data from previous conversations already inputted into the system, and applies those that are relevant to the speech it listens to or reads. The more data it has to call on, the better it is at matching those patterns that we process naturally as speech.

“We train the system by teaching Watson to watch videos with subtitles, and it also learns from people in the field using the technology,” says CEO Danny May. “For example, if you say ‘G’day mate, how ya going?’ as we do in Australia, a person who received that translation via perhaps an automated online translator would have no idea what was being said. Instead, the AI recognises the intent of the phrase and translates it into the local dialect, so it would be received as ‘Hello, how are you?’” 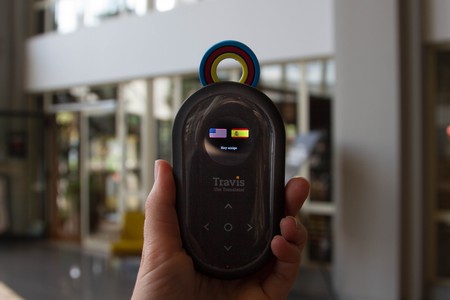 These advances in technology have spurred a number of other companies to move into the space, such as Travis and ili. Both offer standalone devices capable of translating conversations. These devices usually work in the same way: the user pushes a button and speaks into a microphone, and through the internet the words are translated and either displayed on a screen, or spoken out loud by the device in the user’s native language. You can even use ili without being connected to the internet.

Travis’s technology was conceived from a moment of tragedy. “My father died in the French part of Belgium and I wasn’t able to communicate with police and other people to find out what happened,” says CEO and co-founder Brend Kouwenhoven. He and his fellow co-founders were already looking for an idea for a hardware start-up, and subsequently settled on a translation device.

The company’s initially targeted consumers, and travelers remain its largest market, but in the long term Kouwenhoven has focused on the likes of hospitals, jails, police and businesses as potential users of the technology. While some believe translation technology will become another tool for smartphones, he believes a separate device has its advantages.

“Having a special device shows you are really making an effort to communicate, and having a conversation on a dedicated device means you’re not disturbed by calls on your phone,” Kouwenhoven explains. He also notes that a dedicated device can ensure greater privacy, and can be upgraded to include new features.

However, some people believe automated translation can never capture the soul of a language or the culture that surrounds it. “Much like truth has been threatened by fake news, and central banks challenged by cryptocurrencies, translation is under siege by algorithms vying to make us all sound like robots,” says Annalisa Nash Fernandez, an intercultural strategist and certified translator. “We can communicate across cultures, but we can’t really connect, and therefore we retreat where we would otherwise engage. Asking for directions by pointing your translation device results in a different social interaction from a human attempt.

“Using our devices to translate for us connects us in unprecedented ways, but it is far from being a cultural leveler; in fact, cultural differences become more pronounced as we take shelter within our own culture, only venturing out digitally,” she adds. 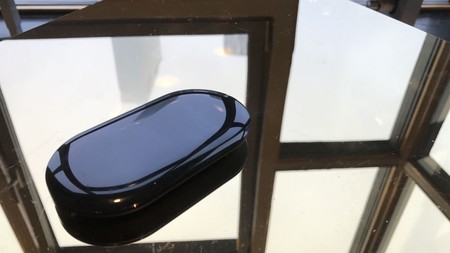 But Kouwenhoven refutes these claims. He says Travis’s original goal was to take away language barriers, but they have since adjusted that ambition to merely “bridging” them. “People are proud and cherish their language, but they also want to be able to communicate with others,” he argues.

Kouwenhoven also says the device doesn’t necessarily stop people learning new languages. “Speaking French is better than using a device, but if you don’t speak French, you need the device. We have also found that it gives people the confidence to start conversations.”

May believes translation devices do plenty to bring cultures together. “It allows people to interact and experience local traditions in a way previously not possible for everyone,” he says. “Being able to travel is a wonderful opportunity but being able to learn even more from native people, especially when traveling rurally, will diversify the travel experience and give travelers the opportunity to get a better insight into the country they are traveling in.”