App Store Says Donald Trump Jr. is Not a Political Figure, Can’t Be Thrown in Toilet 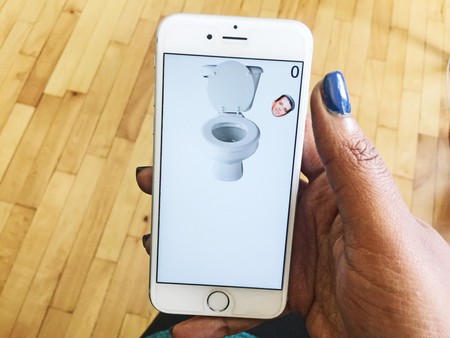 As Donald Trump Jr. testifies about meeting Russian lawyers this week, it would be hard to deny he’s currently a significant character in American politics. But try and throw his head down a toilet, and Apple’s app store will disagree.

App developer Topher Price’s Trump Toilet Toss is a simple game: users select a member of the Trump cabal, and then try to throw them into a toilet, aiming to get as many consecutive accurate throws as possible.

But problems arose when Price submitted an update for the game to the app store last Monday. The update was rejected by Apple because Donald Trump Jr., one of the heads you can throw into a toilet, was not considered a political figure.

“Your app includes content that many users would find objectionable and offensive. Specifically, your app contains Donal [sic] Trump Jr., who is not a political figure and is in a spotlight of a controversial topic,” the rejection reads.

Most would agree Trump Jr. is a political figure, including possibly Trump Jr. himself. This month he released an email thread in which he arranged a meeting with a Kremlin-connected lawyer to gather information about Hillary Clinton, during his father’s presidential campaign. 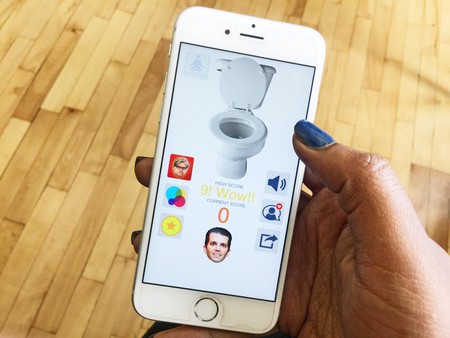 In the past, Apple has forbidden political satire on its app store completely, a rule which has since changed. But the company is still keen to keep private citizens out of the reach of mischievous app developers, and makes sure anyone parodied is actually involved in politics. Apple was contacted to comment on this story but had not responded at the time of publication.

Thankfully, a few days later the rejection was reversed. “I sent a long appeal explaining my position, saying that he was a political figure. And they don’t really respond but the update was then accepted,” says Price.

Aside from the run in with the app store regulators, Price has received positive feedback from users of the app, and is yet to encounter angry tirades from Trump supporters. “Maybe they’re more Android users,” suggests Price. “Hopefully they’ll see it for what it is, which is a silly app.”

Now that the update is rolled out, Price has added to the heads available for toilet tossing in the app, including the most-requested figure, Kellyanne Conway, and Vladimir Putin.