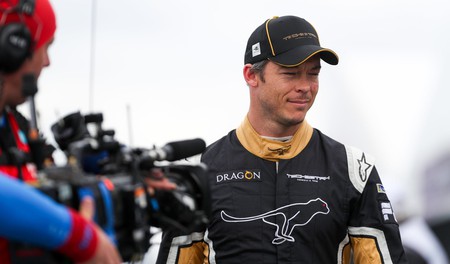 Driver André Lotterer reflects on his rookie campaign with TECHEETAH in Formula E and his decision to join the all-electric race series.

André Lotterer was skeptical about Formula E. In 2016, the veteran endurance driver dismissed the all-electric race series, saying it was “not a sport,” it was “a political thing” that he wasn’t interested in joining. However, Lotterer has since had a change of heart and joined the TECHEETAH team for the 2017/18 Formula E campaign.

“I was very happy where I was in endurance, but the world changes, things evolve,” Lotterer says. “Endurance was a great platform for manufacturers to showcase their technology at Le Mans and other events, but the next step came and it’s electric, so all the manufacturers are going to Formula E to use it as a platform and showcase.”

Jaguar joined the series for the 2016/17 season, fielding its first racing team since leaving Formula 1 after the 2004 season. Audi joined Formula E for the 2017/18 season, while Mercedes-Benz and Porsche will enter the field for season six in 2019/20. 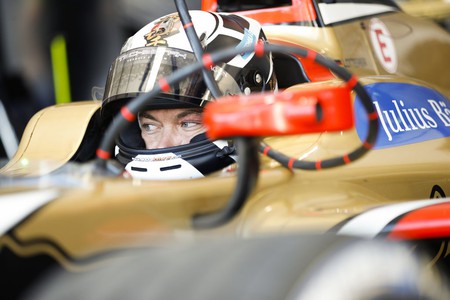 Lotterer’s realization that the future was electric was not his only reason for joining Formula E – the driver was also ready for a personal challenge. Born in Germany and raised in Belgium, he competed in the Japanese Super Formula series for more than a decade, winning the title in 2011.

“All of these things came together for me and, on top of that, having a new challenge at this stage in my career is very good because I’ve been doing the same thing for many years,” Lotterer, 36, says. “I was in a routine and it’s great to have a new challenge to win and show you can be at the front of a new category as well.”

Lotterer’s rookie campaign with TECHEETAH and Formula E got off to a rough start. The three-time Le Mans winner and 2012 World Endurance Champion was involved in a multi-car collision in his Formula E debut in Hong Kong, resulting in the first race stoppage in series history. He then suffered a mechanical failure in Marrakesh, Morocco, but bounced back for his first podium in the next event in Santiago, Chile.

Following 13th- and 12th-place finishes in Mexico City and Punta del Este, Uruguay, respectively, Lotterer hit his stride, finishing no worse than ninth in the season’s final six races with another podium in Rome.

“You always have to keep learning,” Lotterer says. “I made some mistakes because I didn’t have the experience (in Formula E), even though I’m an experienced driver overall, particularly in endurance.” 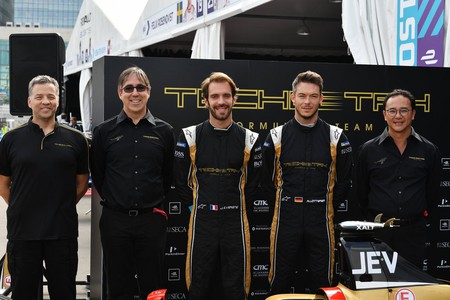 Lotterer’s string of late-season results, coupled with teammate Jean-Éric Vergne winning the Drivers’ Championship, gave TECHEETAH a fighting chance for the Team Championship heading into the season finale doubleheader in New York City. Despite Vergne’s victory in the final race of the campaign, TECHEETAH finished runner up to Audi Sport ABT Schaeffler, falling short in the team standings by two points.

“It’s such a great championship; we go to the coolest cities and what we do is very intense,” Lotterer says. “The level of the driving is very good. We’re competing on an equal level, but at the same time, we’re pushing technology forward.

“I really got into the challenge and it’s very motivating. Now I come into each race with more confidence because of the experience I gained from each race before. I really welcomed Formula E into my heart and became passionate about it.”