The Most Famous Drives In America 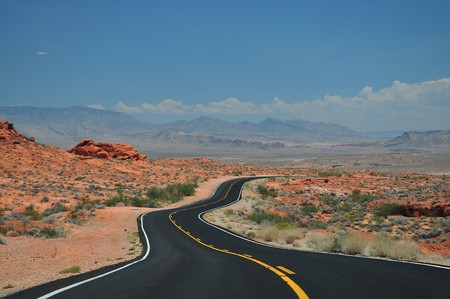 The US, a near 3,000-mile stretch of land west to east, is a road tripper’s dream; from desert flatlands dotted with cacti to rugged mountainous terrain surrounded by preserved forests, America’s constantly changing landscape makes the country one of the best in the world for scenic drives. With a long list of historic roads and scenic byways, there’s plenty of road trips worth putting on the miles; read on to discover America‘s seven most iconic drives.

Highway 12 is Utah‘s most famous scenic byway lined with pine trees and red sandstone cliffs that make for a peaceful setting. Built in 1914 as a ‘forest road,’ Highway 12 was known as rugged terrain until it received a newly paved road through Boulder Mountain in 1985; since its initial construction in the early 1900s, it has received many other reconstructions and extensions – starting in Bryce Canyon, the road now heads through Dixie National Forest to Capitol Reef National Park. Be sure to take in the natural beauty of Red Rock country while perusing through the rocky mountainside. 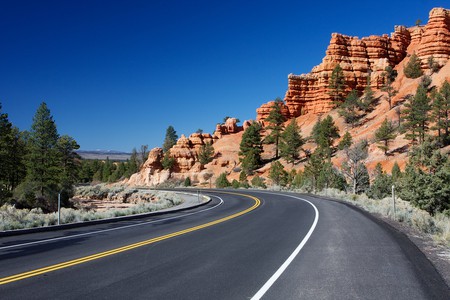 Route 66 is America’s most iconic drive covering over 2,000 miles of America’s countryside and rural towns. While its historic diners and oversized landmarks verge the road into the realms of cheesy and ‘cliché,’ the road still boasts plenty of scenic views and natural wonders as it passes through a changing landscape of eight states. For an unforgettable view of the Grand Canyon, opt for the portion traveling through Arizona as it winds through steep canyon walls and deserted ghost towns to the Colorado River. 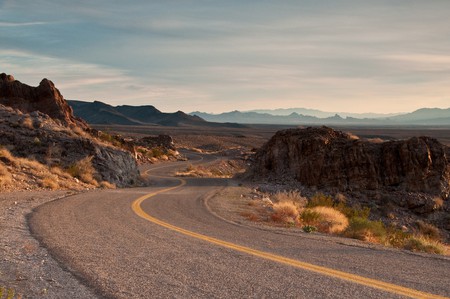 The Great River Road is a 3,000-mile-long road that follows the length of the Mississippi River, crossing through ten states from Lake Itasca to the Gulf of Mexico. Expect quaint small towns, picturesque river views, an ever-changing scenic landscape, and a culturally rich itinerary. Be sure to stop into Galena, a historic 1900’s Illinois town; and don’t miss the northern stretch dubbed the ‘Driftless Region,’ an area that used to be covered by a sheet of ice during the Ice Age, melting away to create what is now known as the Great Lakes. 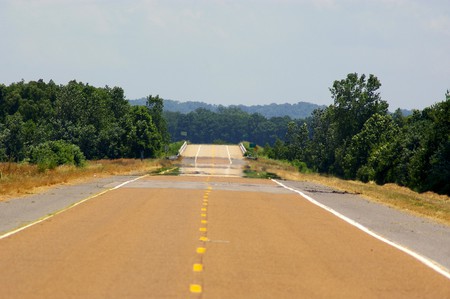 Blue Ridge Parkway is reputed to have the most scenic views of any other drive in America; along 469 miles, the Parkway travels through lush forest lands, blooming meadows, and boasts some of the most beautiful panoramic views in the east. Head down to North Carolina where the route travels along the Blue Ridge in the Appalachian Mountains for the most stunning landscape scenery, or make your way to the Linn Cove Viaduct, a 1,243-foot bridge that snakes around the bottom of Grandfather Mountain. If you’re yearning for a stop, check out Asheville – North Carolina’s historic gem nestled in the Appalachian Mountains. 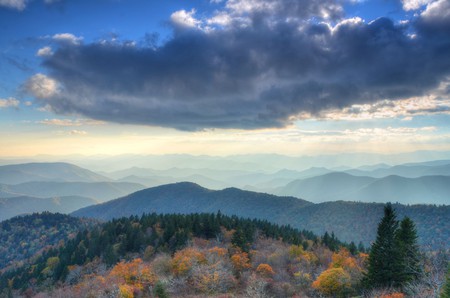 Pacific Coast Highway, or PCH, is California’s most beautiful drive. Traveling along the coastline on what used to be the former Highway 1, this road makes its way from Northern California’s Leggett all the way to San Diego. Head through the northern portion for unforgettable views of Big Sur accompanied by cool ocean breezes, pristine waters, steep cliffsides, and preserved forests, or head south to experience California small-town beach life. 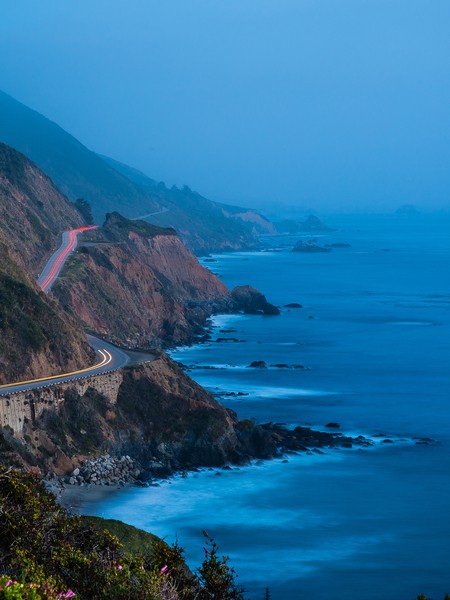 The Overseas Highway takes scenic driving to the next level; stretching from Florida mainland over sparkling tropical waters to Key West, this road makes island-hopping that much easier. Once an old railroad, the Highway is now considered one of the most exotic drives in the US, surrounded by coral reefs, swaying palm trees, savannah-like flora and fauna, waterside mangroves, and colorful sunsets. Stop at any of the islands along the way, or make the entire 113-mile trip from Miami to Key West, an achievable drive in four hours. 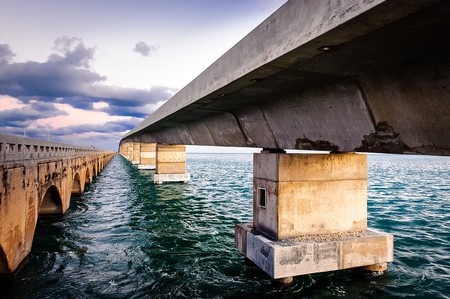 Going-to-the-Sun Road is a scenic mountain road that traverses through the Rocky Mountains in Montana‘s Glacier National Park; passing through Logan Pass and across the Continental Divide, the Sun Road is the only highway with access to the Park, reaching an elevation of over 6,000 feet set with picturesque alpine forest views. Built in the 1920s to encourage people to visit national parks, this drive has some of the most breathtaking views with 50 miles of glistening lakes and scenic overlooks. Keep in mind that this one is closed during winter. 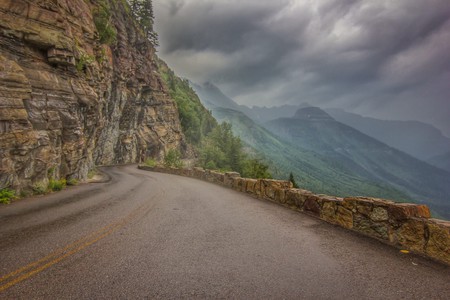 Going to the Sun Road | © Trevor Bexon/Flickr
Give us feedback