Following the $165 million sale of Masterpiece (1962) by Roy Lichtenstein, American philanthropist and art patron Agnes Gund directed the proceeds towards a new initiative called Art for Justice. Now, she’s urging fellow collectors to do the same.

Earlier this year, Agnes Gund sold Roy Lichtenstein’s Masterpiece for what the New York Times reports is “among the 15 highest known prices ever paid for an artwork.” The sale was hearsay until June, when Gund confirmed the transaction. On Monday, June 12, Gund revealed that $100 million of the proceeds have been earmarked for a new criminal justice fund that will work to end mass-incarceration in the United States. 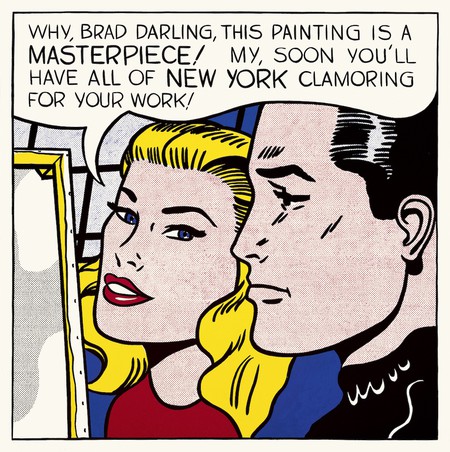 It was at the Museum of Modern Art, where Gund serves as president emerita, that she announced the creation of the Art for Justice Fund in partnership with the Ford Foundation. With the help of fellow collectors, Gund hopes to match her first investment of $100 million, dollar for dollar, over the next five years.

While the project is financially ambitious, Art for Justice is significant for the recognition that art’s value can be used for the greater good. “The larger idea is to raise awareness among a community of art collectors that they can use their influence and their collections to advance social justice,” Ford Foundation president Darren Walker told the New York Times. “Art has meaning on a wall, but it also has meaning when it is monetized.”

Art for Justice will produce grants for organizations dedicated to criminal justice reform, as well as those reducing imprisonment across the country and creating both educational and professional opportunities for the previously incarcerated.

At a time when the value of art is skyrocketing, Gund recognizes great potential in a market notorious for unchecked and largely unshared wealth. “This is one thing I can do before I die,” the 78-year-old philanthropist told the New York Times. “This is what I need to do.”