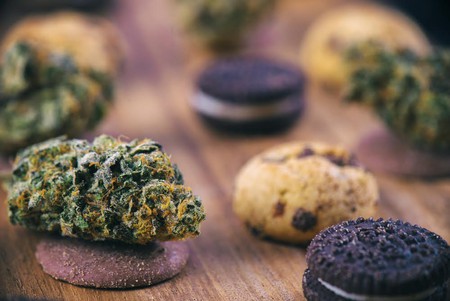 For many Americans, marijuana is finally having its day in the sun. With recreational marijuana legalization expanding, a new poll finds that most adults in the United States have tried the drug and a whopping 56 percent find pot “socially acceptable.”

Perhaps the most noteworthy finding from the Yahoo/Marist poll was the apparent shift in parents’ views on marijuana. Of the participants who had tried pot, 65 percent were parents. Many parents surveyed were more concerned about their children trying cigarettes than they were about them trying pot. Though a majority of Americans said they find marijuana use socially acceptable, the poll found that participants were still reluctant to believe their family members would accept their use of the drug.

“There is still a stigma,” the report says. “While adults nationally are more likely to report that a close friend would approve of their use of marijuana for recreational purposes if it were legal, they are less likely to think their spouse or children would condone their use of the drug. However, the most mentioned concern about using marijuana is simply that it’s illegal.”

Thanks to the legalization of marijuana for recreational use in eight states and the District of Columbia, the weed industry is on track for over $20 billion in sales by 2021, according to Business Insider. Though the election of President Donald Trump left many in the industry concerned about potential anti-marijuana laws, the administration has assured the public weed won’t be the target of Trump’s new “war on drugs.” Still, just last month Attorney General Jeff Sessions expressed an opposing sentiment.

“I reject the idea that America will be a better place if marijuana is sold in every corner store,” Sessions said in a statement. “And I am astonished to hear people suggest that we can solve our heroin crisis by legalizing marijuana so people can trade one life-wrecking dependency for another that’s only slightly less awful.”

With this new poll, though, it seems Sessions will be hard pressed to find public support for any anti-marijuana initiatives.