Creatively blending the old with the new and the demure with the striking, young designers from around the United States are demonstrating that you don’t need a degree in fashion to hold your own in the industry. Here is our list of the country’s ten best young fashion designers. 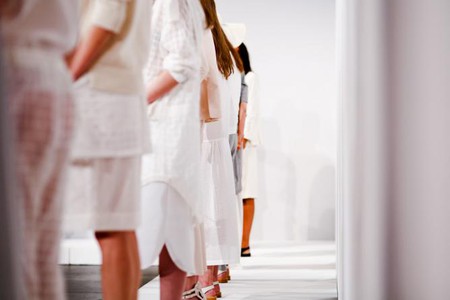 Jérôme LaMaar edged his way into the fashion industry at an impressively young age, interning for Baby Phat by Kimora Lee Simons and making his own jewelry at 15-years-old. Not long after that big break, the New Yorker of Afro-Portugese and Ethiopian descent was commissioned to design all costumes for singer Mariah Carey’s 2006 Adventure’s Of Mimi world tour at the age of 20, which led to jobs with brands like Armani and Swarovski. Now, with his own brand ‘5:31 JÉRÔME, the wunderkind is able to channel his vision for a “wearable, sexy, intelligent” collection of women’s wear into reality. Fiercely chic businesswomen seeking outfits that can move from staff meetings to post-work cocktails without a hitch will adore his refined, feminine pieces.

Charles Harbison was engrossed with fashion at a very young age after observing how different clothes transformed his mother’s personality when she donned them. Before spending a year abroad studying Central Asian textiles, the North Carolina native snagged internships with high-profile brands like Michael Kors and Jack Spade. When Harbison returned to the United States, he enrolled in the fashion program at the Parsons School Of Design, and worked for a hodgepodge of different brands before debuting his self-titled brand Harbison in 2013. His contemporary, vivid and youthful pieces are vital wardrobe additions for women seeking modern, striking sportswear that’s bold, perfect for work and far from dowdy. 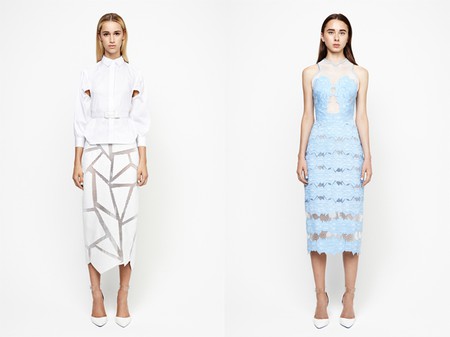 Wondering where Kim Kardashian gets many of her white-hot skirt and crop-top ensembles? Up-and-coming New York-based designer Jonathan Simkhai is the mastermind behind many on-trend outfits of hers and other celebrities like Taylor Swift and Kate Bosworth. Launching his career in the fashion industry with a position as an assistant buyer at a clothing store at age 14 and study at the Parsons School Of Design years later, the New Yorker creates pieces for the confident cosmopolitan woman. His looks are at once edgy and vibrant with tinges of androgyny that make for the perfect blend of allure and sophistication.

Inspired by the confident styles of icons like actress Katharine Hepburn, rocker Patti Smith and actress and activist Bianca Jagger, Katharine Polk’s Houghton brand focuses on statement pieces that can hold their own. The Malibu, California native emphasizes fine tailoring and an effortless, playful vibe. Polk’s collections will appeal to women seeking casual, uncomplicated and classic shapes that play upon textures, resulting in figure-flattering silhouettes. Brides combing through Polk’s Houghton Bride collection will find a respite from the norm, too: with just the right amount of sex appeal and embellishments, these dresses (and pantsuits) are intricate works of art sure to make an impression. 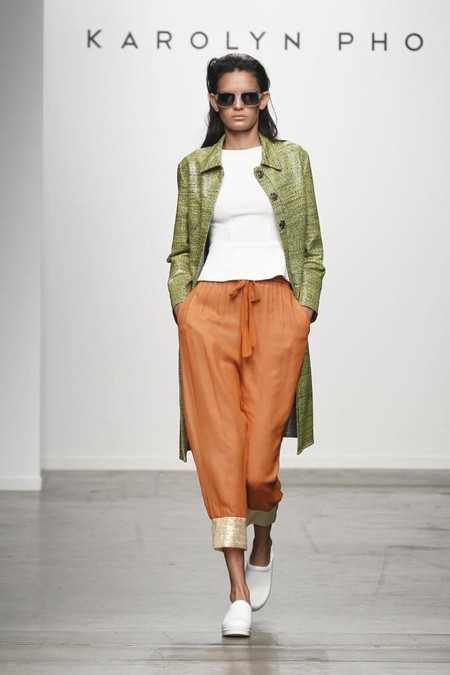 Karolyn Pho, the trendy twenty-something behind the clothing brand of the same name, manifests her ‘cool girl’ persona in her collection of structured, textured, metallic-accented clothing that is marvelously expressive. Pho isn’t exactly a newcomer to the industry—she began her career in fashion as a wardrobe stylist for film and music video stars after graduating from California State University. However she finds herself most challenged and intrigued when she dresses ‘a broader spectrum of customers’ outside of celebrity social circles. Pho’s millennial-generation peers have been especially enthusiastic about scooping up her versatile designs since they debuted in 2012.

It’s no surprise Katie Ermilio finds fervor for fashion coursing through her veins—after all, her grandmother was Grace Kelly’s personal clothier. Ermilio began designing when she was 12 and learned fundamental construction techniques while working in her father’s custom clothing store. Now 28, Ermilio uses this experience to create durable pieces that she hopes her clients will purchase ‘with the intent of wearing it for life.’ Smart, savvy dressers who wish to make a poised statement will love the soft, silky, draped fabric and curved hems of Ermilio’s pieces. Buyers can expect the simplistic yet dignified styles to stand the test of time just as well as the handiwork.

California-bred designer Nellie Partow recently stopped boxing competitively, but her minimalist yet luxurious pieces are real knockouts. Using the hues and textures of the fabrics she works with as the inspiration for her creative process, Partow constructs designs that are clean yet sumptuous, exhibiting a relaxed elegance that makes them perfect for transitioning from day to night. Knitwear is especially important to her collections—her specialty ‘hand knits’ for instance — each take two to three weeks to complete, she explains in an interview with The Business Of Fashion. Keep an eye on Partow during the next few months as she ambitiously pushes for her work to morph into a ‘global luxury brand.’ 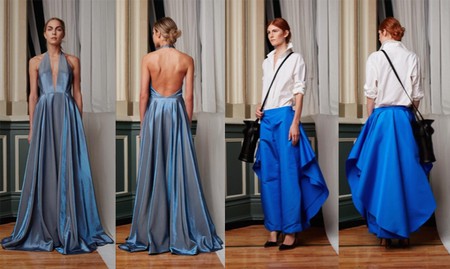 ‘If I can make a ball gown feel like a pair of sweatpants, then I have succeeded,’ designer Rosie Assoulin states in a recent interview with ELLE magazine. We like the way she thinks. The New York native and her polished, jewel-toned pieces are redefining the way Americans are wearing clothes and presenting themselves. Her designs, drawing upon old-school elements like floor skimming pants hems and tea-length gowns, speak for themselves without overwhelming the person wearing them. This rising star was chosen as one of Forbes magazine’s ’30 Under 30’ in the category of art and design in 2014.

Massachusetts native Sally LaPointe turned an early fascination with the fine arts into a career in the fashion industry that earned her a spot on Forbes’ 2013 ‘30 Under 30 in Art + Design.’ After graduating from the Rhode Island School Of Design in 2006, she and Sarah Adelson, a fellow RISD graduate, moved to New York and founded the brand together. LaPointe says the collections are made for ‘a sophisticate with dark inclinations’—perfect for fiercely feminine celebrities like Emily Blunt, Katy Perry, Rita Ora, Lady Gaga and Kim Kardashian, who happen to be some of the celebrity clients that don the alluring, commanding and oft-surreal designs. 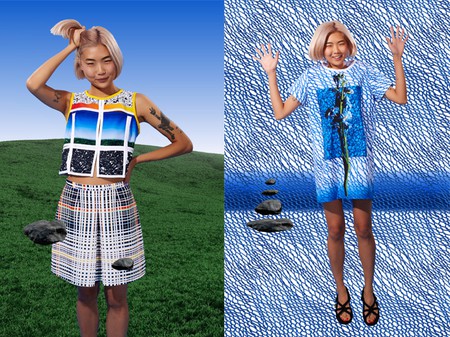 New York native Sarah Richards has taken prints to extreme levels within her brand RICHARDS. From rainbows to trees to outer space to Orcas, Richards gets experimental and intricate with patterns in the best possible way, showcasing and celebrating the print itself rather than the piece’s silhouette, blowing some of her more neutral-toned competition out of the water. The Rhode Island School Of Design graduate ups the ante on street style with an unapologetically elaborate vibe. Be sure to find a spot for her on your list of up-and-coming American designers to watch.

Haley Henschel is a fourth-year Journalism and Global Cultures student living in Madison, Wisconsin, whose interests include the media, illustration and feminism. She plans to move to Australia after graduation to pursue a career in travel writing and eating too many Tim Tams. Keep up with her escapades on Twitter.