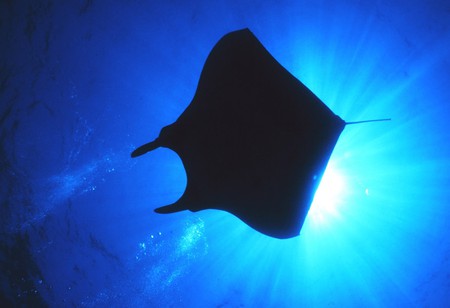 Off the coast of Texas, researchers recently discovered a coral reef where young manta rays grow up together.

Giant, adult manta rays are a fairly common site for divers who know where to look. With a wingspan of up to 23 feet (seven meters), the creatures have a reputation for instilling a feeling of awe among those who encounter them.

“You’re out there, doing your work, and you look up and there’s the distinctive shape of a manta,” Josh Stewart, a manta ray expert and graduate student at Scripps Institution of Oceanography, told the San Diego Union-Tribune. “At first, you can barely see it. But then it comes into view, and my heart skips a beat. (The adults) are gigantic. And they’re super friendly. They’ll get really close to you.”

While adult mantas are a common sight, young mantas remain elusive, with sightings outside of captivity an incredibly rare thing—until now. Stewart and his colleagues uncovered the world’s first known manta ray nursery. In a spot off the coast of Texas in the Flower Garden Banks National Marine Sanctuary, young manta rays frolic along coral reefs. 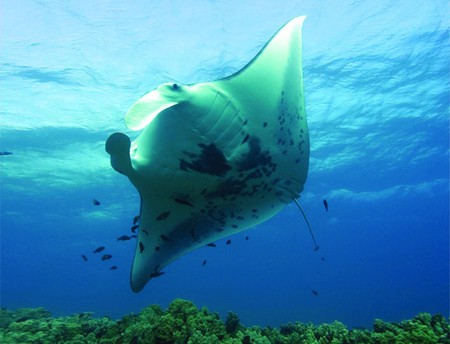 “It goes all the way from newborn pups up to right before they become mature,” Stewart told Popular Science. “Some of these guys are staying there for multiple years.”

Stewart first came across the manta ray haven while doing research at Flower Garden Banks. While on a dive, he spotted several young manta rays and excitedly told local researchers from the marine sanctuary what he saw. The researchers, however, weren’t surprised as they frequently saw young manta rays in the area.

But knowing how rare this type of sighting should be, Stewart wanted to see if he had stumbled upon a juvenile hangout. As a result, Stewart and a team of researchers from the marine sanctuary combed through 25 years of dive logs and photo data collected from the area. They found that 95% of the manta rays in Flower Garden Banks are in fact kiddos, measuring an average of just seven feet (two meters) in wingspan. 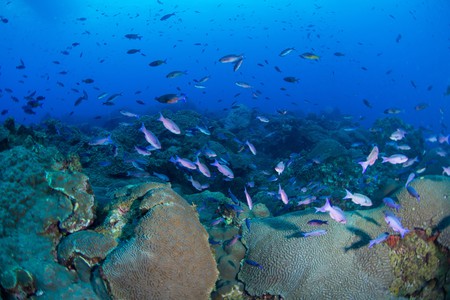 “The juvenile life stage for oceanic mantas has been a bit of a black box for us since we’re so rarely able to observe them,” Stewart said in a press release.

The researchers believe the youngins like the area because it’s shallow, warm and close to the deeper waters where they dive for food.

“We think they may be feeding on specific types of zooplankton there, then migrating up toward the surface, where we saw them,” Stewart told the Union-Tribune. “They might be hanging around the banks because it could be a little safer than open water.”

Giant manta rays are listed as threatened under the Endangered Species Act, as the population continues to decrease. Knowing where young manta rays hang out and having a better understanding of their behaviors and biology could help with efforts to protect the species.