A Lot of People Think the World Is Going to End This Month, Here's Why 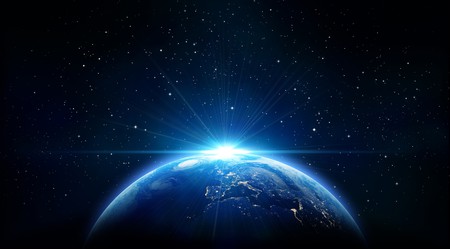 If you’re a sucker for all things conspiracy theory-related (like Lad Bible), you might want to start planning your own funeral because the world is about to end, apparently.

So, how are we all going to die?

According to David Meade, an amateur stargazer and Christian numerologist, a mythical planet called Nibiru – or Planet X – is about to collide with the Earth and start the end of days (minus the Arnold Schwarzenegger cameo, because we all know that film was awful).

David has been studying the stars, alignments and specific Bible verses (it wouldn’t be the apocalypse without the Bible now, would it?) and has concluded that the end of the world as we know it has something to do with that big old total eclipse happening in the US on August 21.

Wild as it may seen, Meade told the Daily Star (because obviously):

‘The Great American Eclipse of August 21, 2017, is a major – huge – harbinger. When the eclipse begins on August 21, the sunrise will be dark, just as Isaiah predicts. The moon involved is called a black moon. These occur about every 33 months. In the Bible, the divine name of Elohim appears 33 times in Genesis. The eclipse will start in Lincoln Beach, Oregon – the 33rd state – and end on the 33rd degree of Charleston, South Carolina. Such a solar eclipse has not occurred since 1918, which is 99 years – or 33 times three.’

‘There is no credible evidence – telescopic or otherwise – for this object’s existence. There is also no evidence of any kind for its gravitational effects upon bodies in our solar system. I do however like the name Nibiru. If I ever get a pet goldfish (and I just may do that sometime in early 2013), Nibiru will be at the top of my list,’ said Don Yeomans of Nasa.’

However, Meade insists that on September 23 Armageddon will begin.

Until then, let’s all just listen to Aerosmith…