A KFC Sandwich Will Be the Next Edge-of-Space Tourist 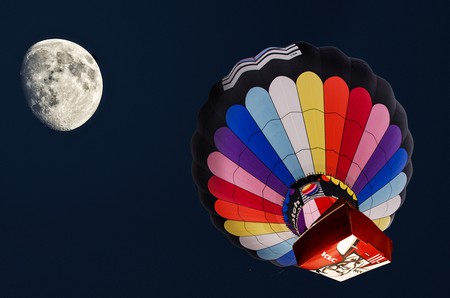 Felix Baumgartner did it, with help from Red Bull. Alan Eustace, a (literally) high-flying Google engineer, has, too. We saw a kick-ass aspiring spy do it in Kingsman. And, now, a KFC sandwich will reach the stratosphere via high-altitude balloon (though, presumably, it won’t skydive afterward).

In an ad for the chain a couple of months back, actor Rob Lowe played KFC founder Col. Sanders in a space suit, promising to send the new Zinger sandwich into space. Now it seems KFC is making good on that promise, partnering with high-altitude balloon maker World View to send the Zinger up for what’s claimed to be “the longest controlled stratospheric balloon flight with a commercial payload in history.” After venturing approximately 60,000 to 80,000 feet skyward and remaining there for four days, the sandwich will return to earth.

It’s a gimmick, sure, but World View will also be testing important systems on this flight, the longest ever for its Stratolite balloon vehicle. The company hopes to send humans up to the edge of space with the balloon eventually.

KFC says the launch window for the flight opens June 21. We can’t wait to see the chicken-sandwich-in-space selfie that World View founder Taber MacCallum has promised will be taken.