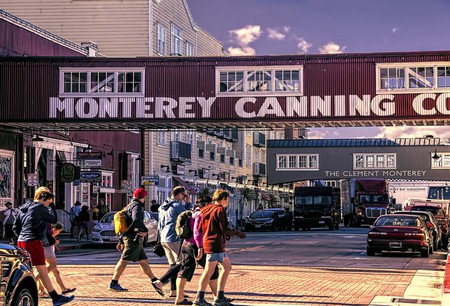 There’s much more than meets the eye in California’s Cannery Row in Monterey. Famed author, John Steinbeck tried to capture its very essence in his infamous novel Cannery Row long before anyone knew of its magic and intense history. Even before its notorious canneries, Cannery Row has been influenced, restored, and re-developed by many cultures into what it is today.

This seaside road is Monterey’s epicenter of tourism. It’s largely thanks to the Southern Pacific Railroad that brought the tourists in the 1880s, as well as the building of Hotel Del Monte, the most luxurious seaside resort in the world, for the tourists to stay. Construction for both visitors and those looking to settle down in the area continued through the turn of the century. The construction of the elegant Tevis Estate, with carriages, cottages, and overall coastal grandeur, led to the entire development of what Cannery Row is today. If the sea and fishing didn’t bring people to the area, the elegance of the Tevis would. Because of this 1901 development, today’s Monterey Plaza Hotel and Spa, designed to resemble the original Tevis Estate, gives visitors the chance to experience that same elegant era.

Although many benefitted from the cannery industry expanding through the early 1900s, that unfortunately couldn’t be said for that first Chinese settlement in China Point. The settlement didn’t burn once or twice, but three times. After burning down for the third time, the Chinese officially fell from being the biggest fishing and canning force in Cannery Row during the 1800s, to a tiny settlement off of China Point to McAbee Beach by 1907.

That Cannery Row luck ran aground when lightning literally struck. Large petroleum oil tanks that sat above Cannery Row were hit by lighting in 1924 and exploded. The oil spilled and caught fire, creating a rushing stream of flames. Two canneries were completely destroyed in the mayhem. The flaming oil made its way into the sea, burning Monterey Bay until the tide and wind was able to keep the fire under control before finally going out.

Rebuilding after the fires began, and modern times and technology were going to cause another hit to the industry. New fishing boats were introduced to Monterey waters with quarter-mile long nets. What seemed to be a good idea to bring the flourishing industry of Cannery Row back up, actually made it worse. The once overabundant fish supply in Monterey Bay was becoming scarce for the first time. 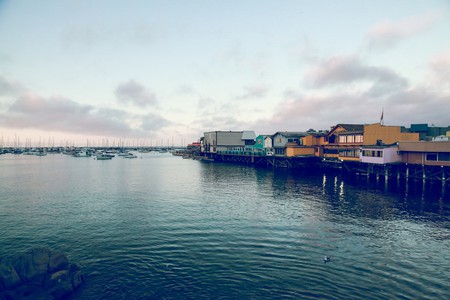 The disastrous Great Depression almost left an unexpected glimmer of hope for Cannery Row. A large demand for sardines hit Monterey in order to become fish meal and fertilizer. This saved countless jobs through the Great Depression. However, while the jobs were saved, millions of sardines a year through 1930-1940 wasted away as fertilizer.

Another war brought another and much-needed stroke of luck for Cannery Row. World War II called for another cannery expansion. The 1940s were Monterey’s time to shine as the bay’s sardines fed the world. This era officially allowed Monterey to be named the “Sardine Capital of the World.” But that quick luck would soon run out.

Just five years into Cannery Row’s biggest boom, the canning and fishing industry died from sheer lack of sardines. The entire bay became depleted of its biggest source of income it ever had.

Author John Steinbeck wrote Cannery Row and published it in 1945. His novel painted an image of Cannery Row that no one had experienced before. The story followed a band of bums and their own individual and diverse lives on Cannery Row and his classic novel opened a whole other demographic to fall in love with the area. 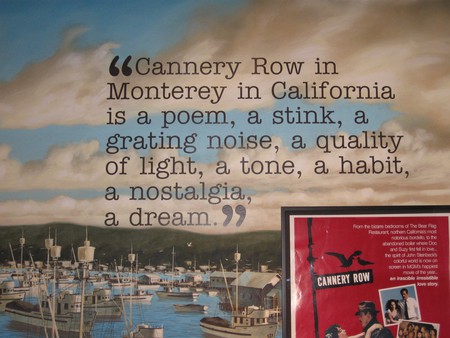 The 1950s and 60s brought a new outlook to Cannery Row. The long gone canneries were now turning into restaurants, cafes, and souvenir shops. New business ventures turned Cannery Row around and started to rebuild the empire into something entirely new.

Eventually, these new and high-end restaurants and eateries were turning Cannery Row into what is today referred to as “Restaurant Row”. The lively Row was resurrected into a flourishing seaside road once again.

Monterey Bay Aquarium opened its doors to the public in 1984. The educational marine biology meeting the mesmirizing magic of the sea was actually influenced by one of the characters in Steinbeck’s book, deepening the connection between Cannery Row and its own history.

The following year, the grand oceanfront Monterey Plaza Hotel opened on the Tevis Estate. This hotel brought back the luxe grandeur the estate held so many years before it. The elegance that brought so many to visit Cannery Row was finally present again. 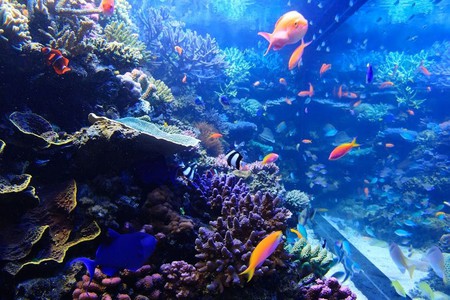 Cannery Row today brings in millions of people every year. Its rollercoaster history makes the Monterey seaside street that much more deserving of its fame and high caliber.