Cowboy fashion – like that old pair of leather boots or felt hat in the closet – has been an important part of western culture since the 1800s. Considered the ‘golden age’ for cowboys, the Wild West is hailed as the beginning of western fashion – an era defined by cowboys, ranchers, and outlaws. Emerging as a practical form of dress, western dress has transformed over the decades from the pragmatic to the formal, instilling fancy additions and elaborate decorations to an otherwise mundane style of the 19th century. For a history of this iconic style of clothing, from hats to coats, read on.

Western wear is comprised of distinct items of clothing, each serving a particular purpose. Typical of the 1800s was the bowler hat – considered to be better apt for riding horses than the slouch hat, as it was less likely to blow off in the wind. By the 1870s, however, the bowler hat was quickly replaced by the Stetson hat, which was popularized by its use in the Union Calvary, and is still worn today. To help prevent the hat from blowing off while riding at quick speeds, stampede strings were added to the design: long strings made from leather or horsehair that wrapped half-way around the crown of the hat, with a hole on each side through which the string was passed. It was then secured under the chin or around the back of the head, holding the hat in place. 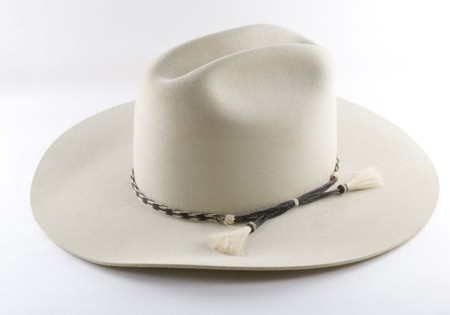 The western shirt, characterized by a yoke and elaborate decorative additions including embroidery and piping, has become a staple of modern western wear. The yoke, first appearing in the 1800s, is a shaped piece of the garment that is situated around the neck and shoulders to provide support for the looser parts of the shirt and is sometimes defined by a contrasting color or pattern. It wasn’t until the Western films of the 1950s, however, that the modern western shirt became popular – usually produced in bright patterns with snap pockets, long sleeves, patches, and sometimes fringe. Inspired by the elaborate Mexican vaquero wear and the battle shirts of Confederate soldiers, the modernized cowboy shirt was worn by rodeo cowboys so that they could be easily identified – they were also popular everyday dress for teenagers in the 1970s and 2000s. 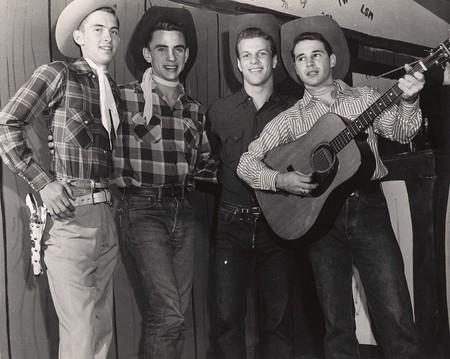 In the early days of the Wild West, the most common type of pants were wool trousers, or canvas trousers during the warmer months. During the Gold Rush of the 1840s, denim overalls became favored by miners for its cheapness and breathability, and Levi Strauss, building on the demand, improved the denim look by adding copper rivets. By the 1870s, ranchers and cowboys adopted this pant for everyday use, with many other jean companies emerging in the wake of its popularity – such as Wrangler and Lee Cooper. Today, it’s still the most prominent choice for western wear, usually with added accessories like belts, large buckles, and metal conchos.

First appearing in the late 19th century, leather chaps – skintight shotgun chaps or wide batwing chaps – were worn over trousers to protect the cowboys’ legs from sharp plants, such as cacti, and to prevent the pants from wearing out too quickly. Chaps were typically made from tanned leather; however, in the late 1860s, vaqueros from California brought ‘woolies’ – chaps with the hair left on – to the northern cowboys during a cattle drive to the mines in Montana. These quickly became a part of the cowboy culture after ranchers discovered how these would protect cowboys from the cold of winter. Today, rodeo cowboys wear embellished chaps in bright colors to draw attention while they demonstrate their skills. 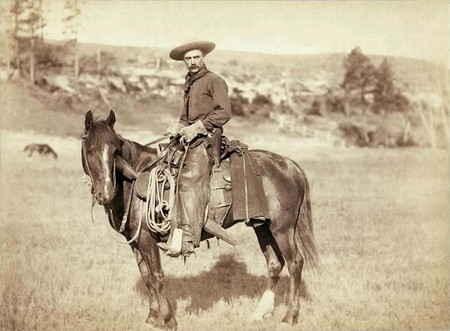 During the Victorian era (1837-1901), a popular accessory worn by men was the silk necktie or cravat – a neckband originating from 17th-century militants, the Croats. The necktie was originally meant to add a pop of color to an otherwise drab attire and became popular for Westerners until the early 20th century. After the Civil War, the silk tie was replaced by the bandana, which originated during the Mexican War, and was picked up by working-class veterans who needed something to absorb sweat and prevent dust from flying into their faces. The bolo tie was also popular, invented by the pioneers of the 19th century using a hatband – this was worn by gamblers and adopted by Mexican charros, or horsemen, and became a favorite in the West. The bowtie was a dressier form of attire, mostly worn by Southern gentlemen – this is still considered part of formal wear in many western states today. Other popular accessories include slant-heeled cowboy boots, spurs, and braided leather neckties featuring a large turquoise stone or pendant. 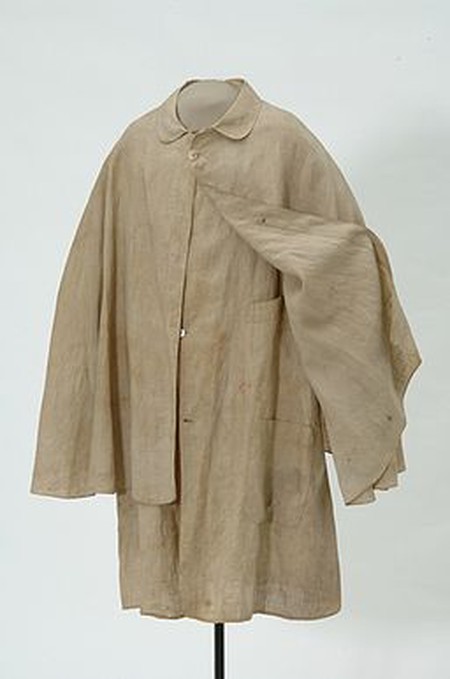 The original coat worn by cowboys in the Wild West was the duster coat – a light, loose, and long coat usually made of canvas or linen. The duster coat, fit with a slit up the back for easy riding, was worn to protect riders’ clothing from dirt and became popular in the 19th and 20th centuries for both women and men riding in motorcades. There have been modern interpretations of the coat, including leather waistcoats, frock coats, and fringe jackets, with many modern western dressers opting for the denim jacket instead. A popular jacket for women, inspired by the Civil War Zouave uniforms, is the bolero jacket – a cropped jacket with long sleeves. In the past decades, western jackets have been elaborated to include embroidery, a yoke, rhinestone decoration, belts, piping, and ‘smile’ pockets, popularized by country music performers.