13 Mental Health Experts on '13 Reasons Why' 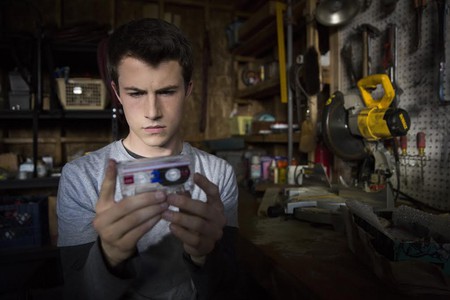 “I hope you’re ready, because I’m about to tell you the story of my life — more specifically, why my life ended,” Hannah Baker says in a calm, soft tone. “ And if you’re listening to these tapes, you’re one of the reasons why.”

Netflix’s 13 Reasons Why has all of the makings of an intense adult drama. There’s emotional turmoil, mystery, uncomfortably acute rape scenes, and even an eerily detailed suicide. But the characters in the series aren’t adults at all. They’re high school students coping with the sudden death of their 16 year old classmate. Throughout the series, as the teens hear Hannah’s story in her own words, they’re taken on an emotional journey they have a difficult time coping with.

The show’s creators say the show isn’t meant to endorse or glamorize suicide, but many parents and mental health experts say it does just that. “I saw the opportunity to explore issues of cyberbullying, sexual assault, depression, and what it means to live in a country where women are devalued to the extent that a man who brags about sexually assaulting them can still be elected president,” Nic Shef, a writer on the show, wrote in a recent Vanity Fair op-ed. “And, beyond all that, I recognized the potential for the show to bravely and unflinchingly explore the realities of suicide for teens and young adults—a topic I felt very strongly about.”

But when does “telling the story” become glamorization? And, does showing the harsh realities of rape and suicide actually help? We asked 13 mental health experts to share their thoughts on the subject. Here’s what they had to say.

1. Teens are impulsive and impressionable, and Hannah’s no hero.

“Upon initially viewing the first few episodes, I thought the show might have been helpful to show the older middle school students that I work with in order to discuss issues like bullying, high school, teen relationships, and even how to stand up for oneself (Hannah did not). However, the show becomes increasingly graphic and detailed as it progresses and I quickly ruled out the idea of showing it to the teens I work with. Teens at any age are impressionable and can also act on impulse. In her death, Hannah Baker was depicted as somewhat of a vigilante who was able to get revenge by tormenting those left behind. For a teen already in distress, this portrayal might seem sensible and serve as inspiration on how to ‘make them pay.’”

2. 13 Reasons Why is an opportunity for kids to think and talk about suicide.

“While growing up without any graphic imagery might be good for a teenager, the fact is that they see graphic imagery and violence all the time in the media and in conversations at school. A non-stigmatized source like Netflix talking about suicide is an opportunity for kids to think and talk about suicide, and not just be told “don’t even talk about it! think positive!” If they are already suicidal themselves, this show allows them to see the aftermath of suicide on a community rather than just the media coverage or the warnings against it. It should be noted though, that it would be risky for teens to assume that this character is the norm, since leaving tapes for people suggests issues other than just depression.”

3. For teens who are vulnerable to suicide attempts, shows like this are risky.

“I think it is potentially destructive and harmful for adolescents to see an actual teen suicide take place on Netflix’s 13 Reasons Why. I treat hundreds to thousands of kids and teens each year in my large 90210 private practice. Recently, I have seen a rise in the number of troubled teens who are cutters and dealing with suicidal thoughts, feelings, ideas, plans, and even attempts. There is nothing glamorous about suicide. The one common denominator shared by all kids and teens (and adults) who cut, contemplate, or attempt suicide is that they feel there is no one person they can talk to about their pain who will listen, validate, understand, and be a safe, warmly-attuned place for comfort. Because of their vulnerability and, in many cases, fragility I think showing kids a graphic suicide on television risks an increase in the numbers of teen attempts and actual suicides could rise.” 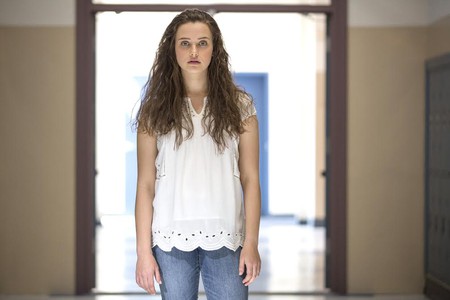 4. 13 Reasons Why is far more likely to save a life than end one.

“I think seeing the graphic death of Hannah has the potential to take away some of the romanticism I have seen some teens have for taking their lives. Killing yourself is not heroic, it is hopeless. Maybe seeing such a graphic performance will deter someone thinking about ending their lives. [Television], movies and video games don’t have the sort of influence some imagine. If they did, we would be living in a far more volatile world. People usually don’t leave LaLaLand dancing and singing at work the days and weeks after.”

5. Witnessing a teen commit suicide, even if just on television, could give kids anxiety.

“Witnessing a teen commit suicide on television has the potential to evoke significant anxiety and depression in any child that has the capacity to understand what is occurring. While some children may experience only brief distress, others will have a longer recovery. It is not wise to shelter children, but we must be careful not to overexpose. A psychologically stable child is not likely to become suicidal after witnessing the act. However, a child that has already contemplated suicide may feel more hopeless, which often precedes suicide. Regardless of the child’s mental health, discussion and/or debriefing may be necessary.”

6. For emotionally stable teens, 13 Reasons Why could help raise awareness.

“If your teen is emotionally stable enough, this program could possibly be helpful to increase their and your awareness of depression, and suicide. If that is the case, I would recommend that a parent or guardian should watch this with their child to help answer any questions or simply start a family discussion about this important topic. I would not recommend that any young teen watch this by themselves. If the teen is particularly vulnerable and impressionistic, the consequences could be tragic.”

7. The costs of watching a realistic suicide scene may outweigh any possible benefit.

“Suicide is a modeled coping behavior. [Watching scenes like this] can produce normalizing suicide as a coping response. It is traumatizing to see even a re-enacted suicide. It is an event that can stay in your mind. Scenes like this aren’t actually helpful. The costs far outweigh any benefits.”

“There is nothing helpful or beneficial about this exploitive TV series. It sensationalizes teen suicide and the emotional struggles of teen life. It could have been helpful if done differently — as is, it is just about making money for the makers. I say this as a practicing psychologist for teens and a screenwriter.”

“My adolescent clients who have had suicidal ideation in the past are distressed and angry about this show. Suicide is not often a vengeful act. My clients feel hopeless and at times impulsive, but not vengeful. They feel this show is portraying their own mental health inaccurately and for the sake of media.”

10. Teens watching 13 Reasons Why could be exposing themselves to a “suicide contagion.”

“This is potentially dangerous for young people as there is a phenomenon called suicide contagion wherein exposure to the suicide or suicidal behavior of others increases the risk that others will attempt or commit suicide. This is more prevalent among young people.”

11. Avoiding the topic of suicide doesn’t help address the problem.

“Suicide is the second leading cause of death for teenagers and is a discussion that is too often avoided due to the idea of ‘planting the idea.’ Though I have not personally seen or read ​13 Reasons Why, I recommend parents watch the movie (or read the book) first and then if they feel their teen is mentally well and healthy enough, that they watch it with their child. If parents allow their child to read or watch, it’s paramount that in depth conversations about the movie occur.”

12. It’s important to have conversations to destigmatize adolescent depression and suicide.

“A small percentage of adolescents with untreated depression may experience glamorization of suicide which they have personally considered. Ideally, parents would watch the series with their child and allow it to open frank and honest dialog. The benefit from destigmatization of adolescent depression and suicide far outweigh the detriment of witnessing a graphic scene of suicide. Anytime conversation can be stimulated about child and adolescent mental health awareness, we must support and encourage the process.”

“What looks powerful about the show is it shows the after effects of suicide, how it actually changes the lives of those left behind. I would think that’s a great message for anyone considering suicide, to see how it’s going to leave those who love you. And again, not having seen the show, I don’t know how much it romanticized it vs. shows the horrible lasting effects on those left. I think the emotional scenes of people trying to figure out why she did it could be mind changing for someone considering it.”