12 Of The World's Most Extreme Bar Locations

Some bars offer a comforting and familiar environment, while others can dazzle even the most jaded patrons with their unique setting or spectacular surrounding scenery. From the rooftops of Bangkok to the caverns of Mexico, The Culture Trip takes you to some of the world’s most extreme bar locations. 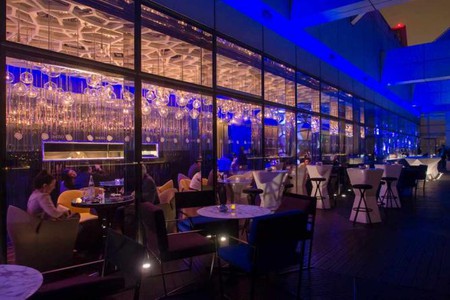 Set on the 118th floor of Hong Kong’s International Commerce Centre, Ozone Bar is part of the Ritz-Carlton Hong Kong hotel. At 1,690 feet above sea level, it’s the highest bar in the world, offering spectacular views across Victoria Harbour and Hong Kong Island. The bar’s sleek, contemporary interior features a white marble bar, strips of neon, and a honeycomb pattern across the floor and ceiling. Aside from the amazing views, the bar offers Asian-inspired tapas, a superb wine list, and a small but well prepared selection of cocktails.

The Northern Lights Bar is part of Iceland’s chic, eco-friendly Ion Hotel. As its name suggests, the bar is designed to offer unparalleled views of the Aurora Borealis. Its wraparound windows overlook the surrounding volcanic tundra, providing beautiful views of Lake Þingvallavatn and mossy lava fields. The windows are made of double-height glass and the bar’s interior lighting can be quickly dimmed if the Northern Lights appear. A beer selection focused on local microbrews and a soundtrack of haunting Icelandic folk tunes complete the experience.

The Irish Pub is located at Namche Bazaar, the final major stop-over point for climbers en route to Mount Everest. Visitors are welcomed into the pub by a sign over the door which reads, ‘There are no strangers here, only friends who haven’t met.’ Touted as the highest Irish pub in the world, the bar’s interior features a long bar, a fireplace, and a pool table. The drink menu focuses on spirits imported from Ireland, including Jameson and Bailey’s Irish Cream, among others. Traditional Sherpa alcoholic beverages are also available.

Icebar London is made completely from ice, including the walls, chairs, tables, and cocktail glasses. The UK’s only permanent ice bar, it’s constructed using ice sourced from the Torne River in Jukkasjärvi, Northern Sweden. The interior is redesigned every year by a team of sculptors to reflect a new theme. The bar’s temperature is kept at 23°F year-round, with visitors given thermal boots, jackets, and gloves to wear inside for warmth.

Located on the small island of Galindez in the Antarctic Peninsula, Faraday Bar is known as the southernmost public bar in the world. Initially designed by the station’s British carpenters to evoke the cozy pubs of their home, the bar (and station) was later purchased by the Ukraine. The Ukrainians kept the bar and the name, mixing Ukrainian knickknacks with the existing British-inspired decorations. In addition to typical drinks, the bar serves its own vodka, which is made using the surrounding glacial ice. 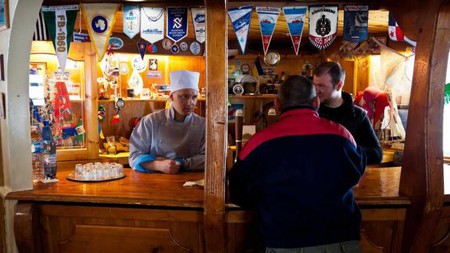 Albatross Bar is one of the most remote bars in the world. The bar is set on Tristan da Cunha Island in the tiny British settlement of Edinburgh of the Seven Seas. This small community of less than 300 people can only be reached via seven-day boat ride from Cape Town. Albatross Bar is located within Prince Philip Hall, the community’s main social gathering place. This low-key, no-frills bar serves locally made crisps and pints of beer. A small TV and snooker table provide the entertainment.

Initially touted as the world’s only underwater nightclub, Subsix now describes itself as an ‘underwater playground,’ hosting wine tastings, wedding parties, and club nights. Part of the Per Aquum Niyama Resort in Dhaalu Atoll, the bar is located 20 feet under the surface of the Indian Ocean. Visitors reach Subsix by taking a speedboat and then following a grand staircase down below sea level. The bar’s interior features ocean-themed décor, including a clam-shaped bar and coral-inspired chandeliers. Visitors can sip cocktails while viewing eels, parrot fish, turtles, rays, and other coral species from the floor-to-ceiling windows.

La Mina Club is set in a tunnel of the former Mina El Eden gold mine. Located in Zacatecas, the mine was opened in 1586, only closing centuries later in 1964, following a flood. It was reopened as a tourist attraction in 1975. Visitors must ride a small train and travel 2,000 feet underground to reach the bar, which is set in a vault where mineral grinding once took place. The bar is one of the most popular dance clubs in town, attracting a mix of local university students and tourists.

The Lagoon Bar is a pool bar found at the center of Iceland’s iconic Blue Lagoon, a natural lagoon formed in 1976. This swim-up bar serves a variety of smoothies, wine, beer, and cocktails. Try the bar’s signature cocktail, Into the Blue, a mix of raspberry Bacardi, blue curaçao, blueberries, and lime served in a huge, goblet-like glass. Visitors are able to order drinks by charging purchases to their entrance bracelets. 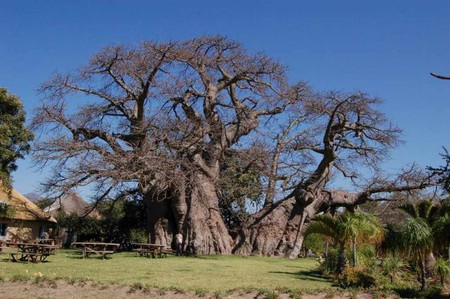 The Old Forge pub holds the Guinness World Record for being Britain’s most isolated pub. With no roads running directly to the bar, it’s reachable only by an 18-mile hike or seven-mile ferry journey. Despite its isolation, the bar is typically filled, particularly during the summer months, with patrons eager to experience its impromptu music performances. The pub’s walls are decorated with musical instruments, ranging from whistles to fiddles, which are available for patrons to play.

Bangkok’s Sky Bar is located on the 63rd floor of the Lebua at State Tower. Towering 820 feet over the city, this 360o rooftop bar offers incomparable views over the Chao Phraya River and the whole city. The bar’s ambiance is sophisticated and upscale, with live jazz music featured nightly and an illuminated bar changing colors every few seconds. The views are enhanced by the bar’s creative cocktail selections, including Poptails which blend cocktails and popsicles for a refreshing treat.

The Baobab Tree Bar, also known as Sunland Pub, is set inside an enormous baobab which stretches more than 72 feet high and 155 feet around. Baobabs are found throughout the savannas of sub-Saharan Africa, but this particular tree is one of the widest and oldest on the continent, with an age estimated at more than 6,000 years. Open since 1933, the bar sits on a larger farm owned by Doug and Heather van Heerden. The bar features 13-foot-high ceilings and wooden benches that can accommodate about 15 patrons at a time.