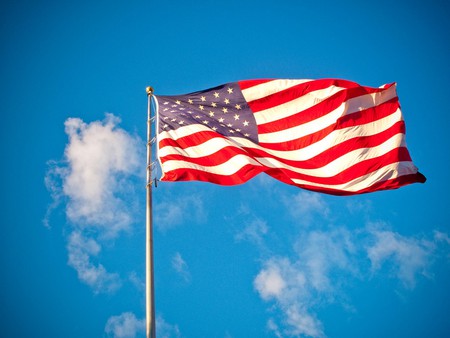 The flag of the United States of America has gone through 27 different iterations, and plays a big part in the lives of Americans and American culture. Here are some interesting and fun facts to know about the iconic Stars and Stripes.

Congress adopted the Stars and Stripes as the American flag on June 14, 1777. The first official version of the flag (1777) displayed 13 stripes and 13 stars, for the 13 original colonies.

For a while, the U.S. added stripes and stars to the flag when welcoming new states. When Kentucky and Vermont joined the union, the flag took on two more stars from the original, so that from 1795 to 1818, 15 stripes and 15 stars graced the flag. Anticipating a crowded field of stripes, lawmakers decided to honor each new state with a star, and leave the stripes at the original 13, after 1818. 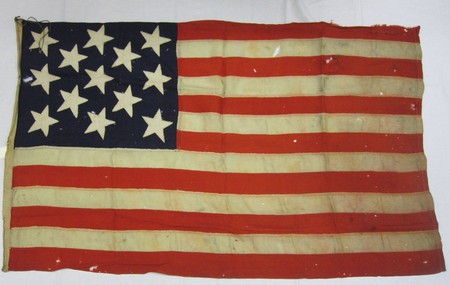 It was designed by a high school student

The current flag, with 50 stars and 13 stripes, was designed in 1958 by 17-year-old high school student, Robert G. Heft, of Lancaster, Ohio. President Dwight D. Eisenhower chose his design out of 1,500 entries. 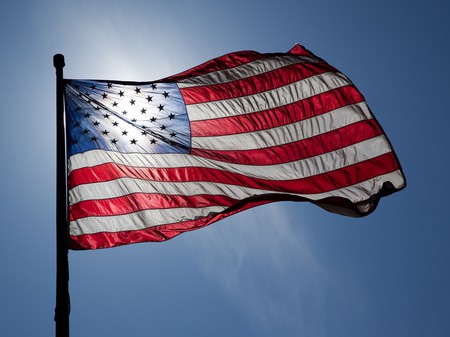 The colors of the flag have important meanings. Red symbolizes hardiness and valor, white symbolizes purity and innocence, and blue represents vigilance, perseverance and justice.

Maintenance of the flag

If a flag can no longer be used or repaired, it must be destroyed in a respectful manner, such as by burning. It can be washed and dry cleaned if it gets dirty or if it touches the ground and is soiled.

According to Federal flag laws and regulations, the flag should be displayed from sunrise to sunset, except during inclement weather. It may be displayed 24 hours a day as long as it’s “properly illuminated” while it’s dark out. 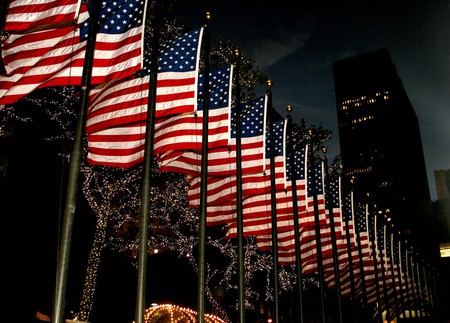 Presidential proclamations and laws authorize the display of the flag 24 hours a day at the following places:

U.S. flag on the moon

In July 1969, Neil Armstrong placed the first U.S. flag on the moon, as part of the Apollo 11 mission, the first manned landing. Five more Apollo moon landings—from missions 12, 14, 15, 16, and 17—resulted in five more flags being planted on the surface of the moon. 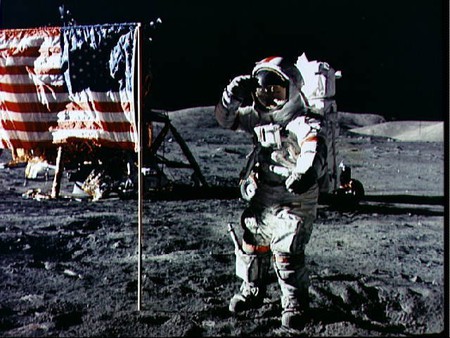 The proper way to view the flag

The proper way to view a flag on display during a parade or review (except for people in uniform) is by facing the flag with your right hand over your heart, according to Federal flag laws and regulations. The same goes for when you witness the flag being raised or lowered as part of a ceremony.

Old Glory was the nickname of a specific U.S. Flag — that owned by sea captain William Driver. He was given the flag by his mother and other women in his hometown of Salem. He named it Old Glory upon seeing it flying on his ship’s mast in 1831, and continued to display it outside his home. The name later went on to become synonymous with any American flag.

Betsy Ross is widely credited with designing the first American flag, but there is almost no evidence to support that claim. It’s true that she sewed a lot of flags. However, the fact that she created the first American flag is supported only by records from her own grandson in 1870, almost 100 years after the flag debuted, when he presented the Historical Society of Pennsylvania in Philadelphia with affidavits from his own family members as evidence.

On May 30, 1916, President Woodrow Wilson issued a presidential proclamation establishing Flag Day as the anniversary of the Flag Resolution. On August 3, 1949, President Truman signed an Act of Congress that designated June 14 of each year as National Flag Day.