Surprising Things We Owe to the Gay Community 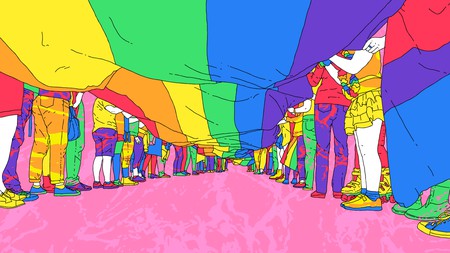 The cultural influence of the gay community has been considerable throughout the 20th century. Queer subculture has participated in the enrichment of both the European and American cultural heritage, but do you know just how much of a role the gay community has actually played? From the major artistic and literary creations to the first experiments with electronic music, here are 11 things we can definitely thank the gay community for.

Popularized by illustrious artists such as Pollock, De Kooning, Kandinsky, and John Ashbery, The New York School was one of the major cultural movements of the mid-20th century. It was a group of urban gay-friendly painters and poets who were very active in New York City in the 1950s and 1960s.

At that time, many changes were occurring in the gay community. The emergence of a U.S. gay movement transformed the way gay people identified themselves and talked about their social conditions. Such changes founded a new gay culture on the recognition of homosexuality as an identity, which notably influenced the artists of the New York School. Just as the Beat Generation supported the gay rights movement, the New York School was concerned with sexual freedom more than any other liberal or leftist art movement of that time.

“He waves his hands and through the vocalese-shaped spaces
of naked elms he draws a copper beech
ignited with a few late leaves. He bluely glazes
a rhododendron ‘a sea of leaves’ against gold grass.”

— James Schuyler, “A Man in Blue”, from Collected Poems 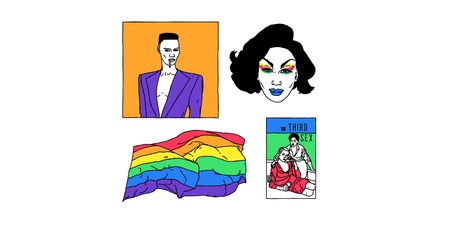 In the 1960s, a cant language known as Polari appeared all over Britain and was spoken by some actors, prostitutes, sailors, and more significantly by the gay community. It consisted of an ever-changing collection of slang words coming from English, Italian, and various Gypsy dialects. Despite the language never developing a fixed grammar, its speakers enjoyed playing with sounds and rhythm. Such creativity gave birth to new forms of backwards speaking and rhyming.

Although Polari was spoken by a wide range of people, the language was not inclusive enough to survive over time. But, with the progress of gender equality as well as the growing acceptance of homosexuality, some gay slang terms have become increasingly popular among millennials.

queer: became the preferred label for many gay people who preferred a less-fixed label

“That was a read”: used to mock someone in a humorous way

werk: combination of “walk” and “twerk”

Way before the emergence of the gay movement, sex was already hugely prevalent in the gay community.

This idea of using sex for pleasure rather than procreation was a way to mark a split with the patriarchal and productivity-based 1970’s society.

The idea of “play” gave birth to a whole philosophy based on pleasure and freedom, as well as a rejection of consumerism, to some extent. Hence, new forms of art and culture emerged from DIY societies living on this ethos.

The Cockettes, for instance, were an avant-garde theater group founded in 1969 by gay liberation leader George Edgerly Harris III. They pioneered an outrageous style of costume that was inspired by silent cinema, Broadway musicals and surrealist art. Their philosophy was to produce fashion and art for free while enjoying a hedonist life in their “hippie genderfuck troop”.

The gay community wouldn’t have been granted freedom and equality by law if they hadn’t fought for their rights.

It took half a century for the Western gay community to succeed in ending legal discrimination, from the early days of the gay rights movement in the U.S. to the first same-sex civil union in the U.S. in 2000. They were not alone. In the U.K., for example, a group of social activists who called themselves Lesbians and Gays Support The Miners supported the Welsh miners’ strike of 1984 and managed to raise $13,663.48 (£11,000) in London alone. They were granted the respect and support they deserved after this courageous act, and the Welsh miners led the Gay Pride march in London in 1985. 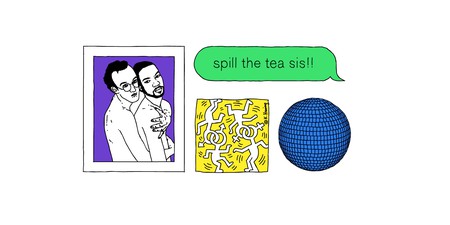 At a time when the gay community was claiming their sexual freedom, art experienced considerable changes.

In a similar fashion, such artists as Andy Warhol or Keith Haring produced outrageous forms of art which involved both homosexuality and nudity. Most of their artworks were directly inspired by gay underground subculture.

More specifically, Haring dedicated most of his life to creating gay art in order to educate people about the harm caused by sexual discrimination. In the early 1980s, he even created black-and-white drawings on the empty advertising panels of the New York subway in order to raise AIDS awareness.

Disco arguably emerged out of the 1970s gay nightlife. The first disco parties were launch by queer DJ sets such as New York DJ David Mancuso’s Loft or Nicky Siano’s Gallery, as well as by gay dancers from the New York.

In the late 1970s, the gay night scene nurtured disco with new sounds which later would transform the music genre into house and techno. Simultaneously, important cultural exchanges took place between the gay and the ‘straight’ night scene that marked a change in the esthetics of clubs and parties.

Since a part of the gay community had grouped into DIY society, queers became largely influenced by the punk culture. As a consequence, new post-punk musical genres started to emerge from the coexistence of the two subcultures.

New cultural movements such as Queercore started to emerge, addressing socio-political issues through music, writing and art. However, the movement that would really make an impact and would not be forgotten is undoubtedly New Wave. While it incorporated much of the punk rock sound, new wave music created a new kind of pop that incorporated electronic, disco and experimental sounds. With help of a gay audience, several queer new wave members and synthpop acts this new music met with success on the European and US dance charts in the 1980s. We will remember Visage, Depeche Mode, The Communards or Information Society.

The indissoluble bond between fashion and the gay community is not new. In 18th-entury Europe, cross-dressers were looked down on and often ostracised by the rest of the society. This led to the emergence of small secret homosexual subcultures across the continent.

In London for instance, gay men would wear women’s clothes in public houses and pubs as a means of self-identification and social recognition. It made it easier for them to socialise, gather in groups and meet potential sexual partners.

A century later, the illegality of homosexuality forced gay men and women to live invisibly and blend into the heteronormative society. As a consequence, new dress codes and wearable accessories started to be used by gay men to recognise each other.

During the Cultural Revolution in the 60s, it became more acceptable for men to have an interest in fashion, allowing a new generation of homosexual artists to find their niche in the blossoming fashion industry. From Christian Dior, to Cristobal Balenciaga or Jean Paul Gautier, a new generation of fashion designers started to experiment with clothing in a way that was never seen before. 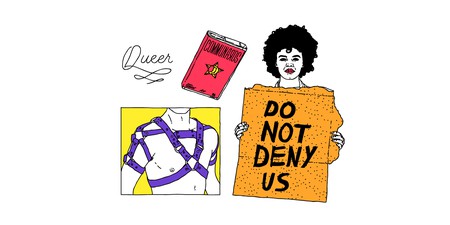 Following the cultural revolution, fashion designers started to look at the gay scene to find new ideas for their collections and consequently initiated an esthetic revolution.

Androgynous models such as Grace Jones were put under the limelight, and metrosexuality would gradually become a new standard of male beauty in the 1990s.

Popularized by the drag queen culture, beating one’s face consists in adding contouring, baking, strobing and using other makeup strategies to obtain a flawless and polished result. Facebeat makeup techniques have become highly popular due to the increasing number of beauty vloggers.

A new version of the flag appeared in 2017 to oppose US President Donald Trump’s values and immigration policies. On the new flag, the orange stripe was replaced by a black one as a symbol of justice for black people suffering from racism around the world.