11 Inspiring Documentaries You Need to See 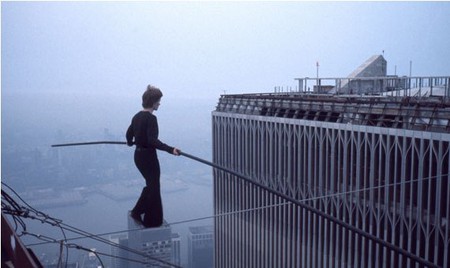 Great documentary features inspire, spark debate and teach us something new about the world, so buckle up for our eye-opening recommendations.

You might also like: David Farrier Takes Us On A Dark Journey Into The World Of Competitive Tickling

Iranian director and screenwriter, Jafar Panahi, was banned from making films in 2010. Frustrated by his house arrest, he started filming his daily life in his house together with a friend, fellow filmmaker Mojtaba Mirtahmasb. The result is an expressive statement about the political situation in Iran. This Is Not a Film premiered at the Cannes Film Festival, where it was smuggled in a flash drive hidden inside a birthday cake. If you want to see more of Panahi’s work, his latest docufiction, Taxi (2015), is also highly recommended.

Seth Gordon’s The King of Kong depicts the lives of Steve, a sweet but ill-fated high school teacher, and Brian, an arrogant, self-righteous Donkey Kong world record. Brian predictably feels challenged when Steve discovers he is quite the talent at the game and travels to a high-score live event. If you ever felt your life was a freak show, you too might find that you have some competition after seeing this film.

Water: The Great Mystery, by Anastaysia Popova, was originally made for Russian television. Popova focuses on the memory of water and its cultural significance. The film features contributions from scientists, as well as leaders of the three Abrahamic religions. Whether you are a believer or not, Water will hold your interest for its 87-minute duration.

American comedian and media critic Bill Maher embarks on a journey around the world, traveling to religiously significant locations in order to interview believers and to challenge their ways of thinking. When Religulous was shot, Bill Maher re-named the project to ‘A Spiritual Journey’ in order to obtain the interviews. The documentary challenges the believers, the institutions and the belief systems humans have developed in order to gain more power. The film was directed by Larry Charles, who clearly has a taste for the controversial, having made three films with Sacha Baron Cohen.

Sweden ranks high on life quality and well-being indexes year after year—but what about mental well-being? Swedish-Italian documentary maker Erik Gandini’s The Swedish Theory of Love is concerned with spiritual distress in Swedish society. The film visualises some startling statistics: the fact Sweden has the highest number of single households in the world and that a quarter of those dying in a hospital do so without family or friends by their side. Gandini’s documentary, which uses Swedish social politics as the starting point, puts the spotlight on ‘the world’s loneliest country,’ to rather touching effect.

Swiss director Markus Imhoof unveils the world of bees—insects so very important to our ecosystem. The documentary investigates the suddenly decreasing numbers of honeybees, by visiting bee colonies based in Switzerland, California, Australia and China. More Than Honey presents enthralling, thought-provoking facts about the challenges facing honeybees, but mostly, it is a beautiful visual journey into the world of this noble insect. The documentary was Switzerland’s official nominee for the 86th Academy Awards.

Steam of Life (original title Miesten Vuoro) follows men in Finland sharing their concerns, fears and reasons to be happy in the comforting surroundings of different saunas. Joonas Berhäll and Mika Hotakainen’s film also showcases some beautiful imagery of the Finnish countryside. Steam of Life was the country’s official entry to the 83rd Academy Awards.

A cult film by now, American Movie follows the real-life production of an independent horror movie by filmmaker Mark Borchardt. We see him face several problems while attempting to finish his life-long movie project, Coven—such as major financial difficulties, and working with a crew mostly made up of Borchardt’s friends and family. Director Chris Smith won the Grand Jury Prize for Documentary at Sundance Film Festival.

The Indonesian mass killings of 1965–1966 are brought to life in the macabre, thought-provoking documentary, The Act of Killing. A former small-time gangster who became the leader of the Indonesian death squad that murdered nearly one million people, Anwar Congo and his friends re-create the events that took place 50 years ago. Joshua Oppenheimer’s documentary is a strong and shocking feature that brought both critical success globally, and upheaval in the Indonesian government.

James Marsh’s Man on Wire tells the story of Philippe Petit and his daring yet illegal stunt he pulled in 1974: Petit performed a highly dangerous tightrope walk on a wire set between the twin towers of New York’s World Trade Center. Director Marsh was captivated by the story’s potential for a heist film. Lucky for him and us, he persuaded Petit to take part. The documentary premiered at Sundance Film Festival in January 2008, winning the Grand Jury Prize, and it also won Best Documentary Feature at the 81st Academy Awards.

The list would not be complete without Rodriguez. Searching for Sugar Man, directed by Malik Bendjelloul, follows two Cape Town-based fans trying to track down what really happened to the musician. Did he did really commit suicide on stage? Rodriguez became an unlikely symbol of freedom and change in early ’90s South Africa, where half a million of his records were sold, while remaining unknown in his native US.